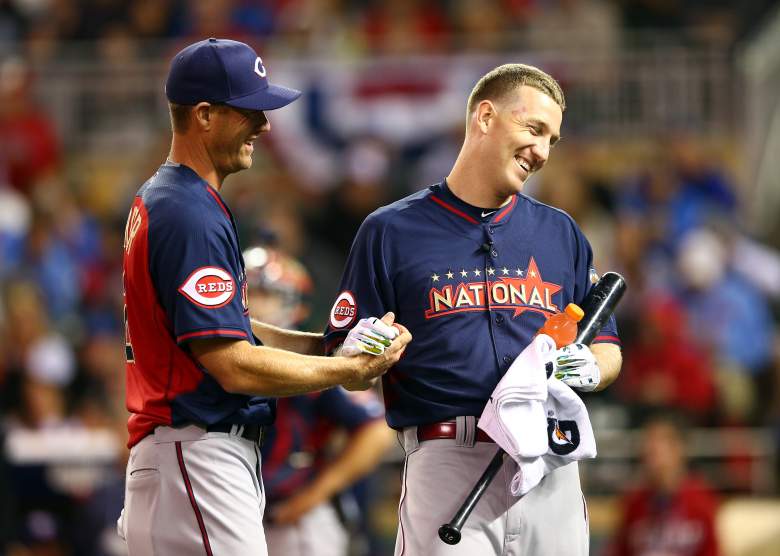 Todd Frazier will try to defend his Home Run Derby title from last year in the 2016 T-Mobile Home Run Derby on Monday night at Petco Park in San Diego.

It will once again be a Frazier family affair. For the third straight year, Todd will have his brother, Charlie pitch to him again Monday night.

Todd thinks his experience with the time-limit format gives him an upper hand over his competition.

“I remember last year I had to beat Prince Fielder and he had a lot of experience,” Todd told CSN Chicago. “But I’m basically the only one who really has experience in this new format. I’m the only one that’s been in it. We’ll see how it goes but I’m pretty excited to see how I match up against the other guys.”

The annual showcase of the game’s top home run hitters will be televised by ESPN beginning at 8 p.m. ET.

Charlie Frazier was on vacation with his family in the British Virgin Islands when his brother called him in 2014. Todd had been selected to compete in the Home Run Derby as a first-time All Star, and had just one question for his big brother: would he pitch for him.

Family always has been a major part of his athletic career, and as Todd explained, he wanted to share the moment with Charlie.

I wanted him to have this moment. He was the first one to get drafted in the family. For him to be on a Major League field, in a Major League clubhouse, he’s going to eat it up.

Growing up the brothers spent many hours together practicing at the family’s Toms River training facility where Charlie would often remind him that no one throws him batting practice better.

With his brother pitching to him, Todd won the National League division in 2014 before falling 9-1 to Yoenis Cespedes. Then last year, he won the Home Run Derby in dramatic fashion. Todd tied the score with only 10 seconds remaining in regulation, then ended the derby on his first swing during a 30-second bonus period.

The Frazier family was in attendance at last summer’s MLB All-Star game in Cincinnati.

Charlie Frazier Sr. described watching as Todd and his family arrived at the stadium as part of the red carpet parade.

“That was very emotional,” Frazier told The Asbury Park Press. “When they turned down the hill toward the stadium on Cincinnati’s main road, thousands of fans just erupted. It was just awesome.”

2. He Was Drafted by the Florida Marlins in the Sixth Round of the 1999 Draft 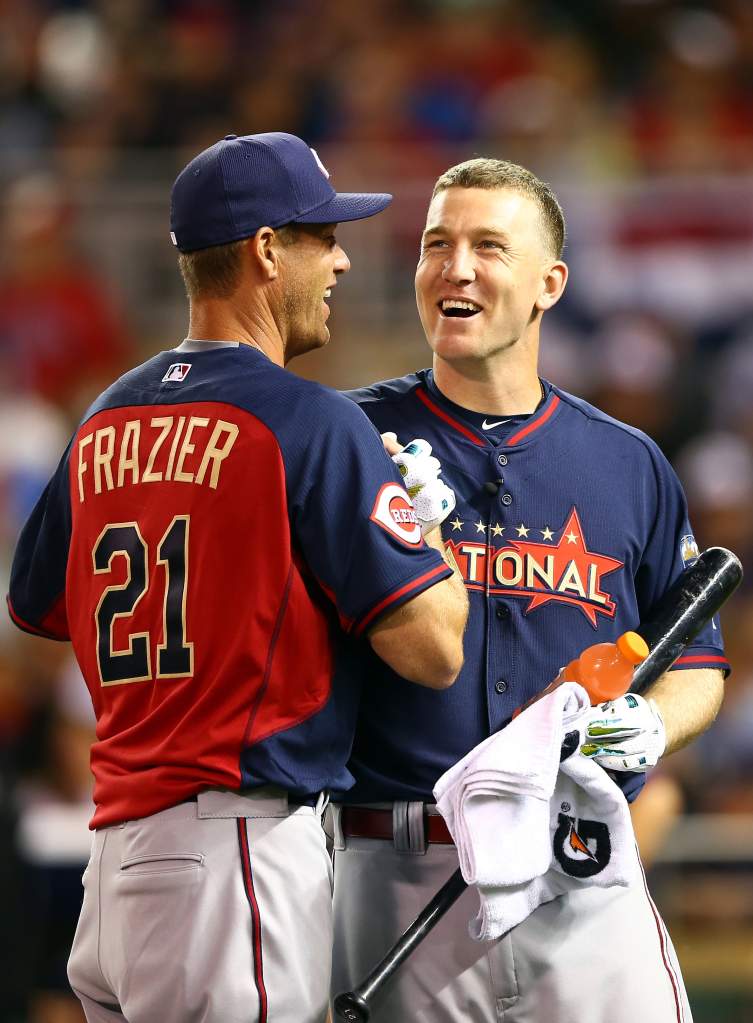 The oldest brother of the Frazier baseball dynasty out of Toms River, New Jersey, Charlie was drafted straight out of high school by the Florida Marlins in the sixth round of the 1999 MLB Draft.

In his very first minor league season, playing for the Marlins Gulf Coast League squad, Frazier recorded a .288 batting average in 125 at bat appearances. He racked up 36 hits, including six doubles, drove in nine runs and boasted a slugging percentage of .336.

He followed it up with 48 stolen bases in his third full season and shared a room on the road with Miguel Cabrera.

3. Frazier Never Made It Out of the Minors

For the first few years of Charlie’s professional baseball career, a shot at the majors seemed like a given. He has the speed, skill and ability to succeed. However, injury changed his course.

Charlie tore the labrum in his right shoulder, missing most of the 2003 season, and, after a year of rehab, saw his batting average plummet to .179 in Double-A the next season. It wasn’t until his father told him that it might be time to start thinking about the “real world,” that he started to consider leaving the game for good.

Charlie’s last season was in 2004 after he played 24 games for the Double-A Carolina Mudcats in the Southern League.

4. He Runs His Own Baseball Academy in New Jersey

Charlie opened the the Frazier Baseball Academy not long after he retired from the game in 2004, offering everything from one-on-one hitting and batting instruction to full-blown weekend tournaments. It’s not pro ball, but as far as Charlie is concerned, it’s better. He told The Asbury Park Press:

Teaching the kids pumps me up. It’s great to see the guys succeed. We teach technique. It’s a great feeling when a parent calls and says his child got his first double or first hard hit. You see a player smile and grin and you see he starts liking baseball a lot more. Baseball is humbling. It can shoot you down immediately.

When he isn’t running the academy, Charlie also works as a physical education teacher at Toms River North High School and a varsity baseball assistant coach at South High, where he played before being drafted.

Charlie’s other brother, Jeff was also drafted, selected in the third round by the Detroit Tigers in 2004.

Jeff, who now works with Charlie at the Frazier Baseball Academy, batted .217 in his only MLB season, playing in nine games and recording 23 at bats. He stayed on the Tigers roster for about a week before being sent back down to AAA team, the Toldeo Mud Hens. 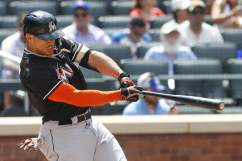 What Time & Channel is the Home Run Derby On Tonight?

Read More
Baseball, Home Run Derby
Todd Frazier will try to defend his Home Run Derby title with his brother, Charlie pitching to him for the third year.