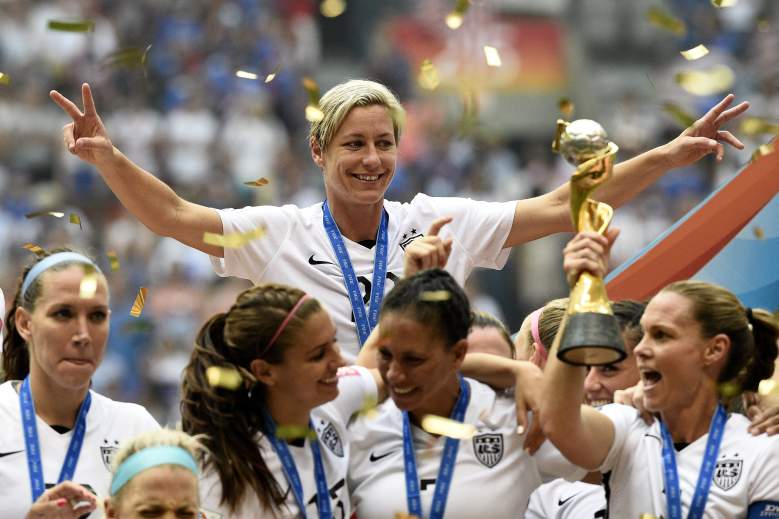 There will be a ticker-tape parade in New York City for the U.S. Women’s National Team. (Getty)

After winning their record-setting third World Cup title last weekend, the USWNT will have a ticker-tape parade in their honor at The Canyon of Heroes in Manhattan.

Congrats to @ussoccer_wnt on Sunday’s victory! Celebrate the incredible #USWNT Friday at 11am: http://t.co/7VrhhUveDQ pic.twitter.com/d77LCaReL2

According to the U.S. Soccer official website, FOX Sports 1 and ESPN will televise the parade, which is set to begin at 11 a.m. Eastern. ESPN issued a press release stating the event can be watched on ESPN3.

Many channels around the country will also be airing the parade, so check your local listings.

The Canyon of Heroes route runs down Broadway between the Battery and City Hall in Lower Manhattan.

There will also be a ceremony at City Hall to honor team after the parade.

Normally, The Canyon of Heroes parades are reserved for teams from the New York area. The last time NYC held a ticker-tape event for a group of national athletes was in 1984, when it hosted American Olympic medal winners after the 1984 Games in Los Angeles.

Keep reading for the important event details, including the parade route: