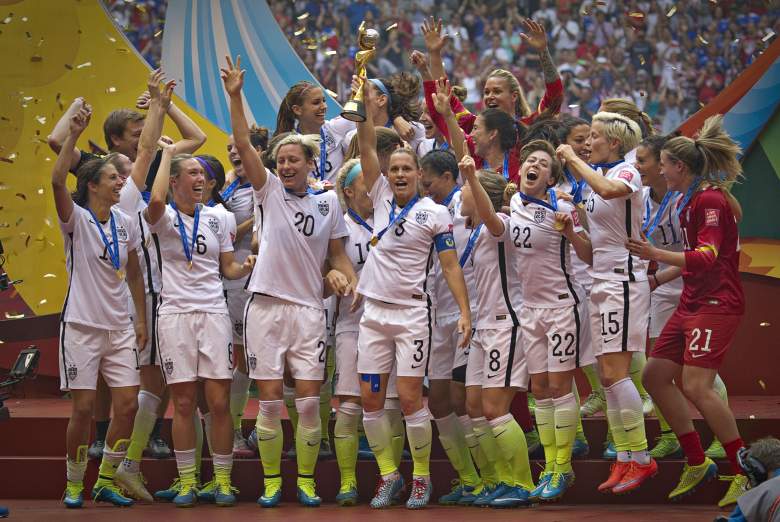 It’s time to party like it’s 1999. For the first time in 16 years, the United States women’s national team won the World Cup, defeating Japan 5-2 thanks in large part to Carli Lloyd’s dominant first half performance.

Lloyd’s offensive dominance sparked a record-making performance by the USWNT in the highest-scoring World Cup final to date. On the other end of the field, the U.S. defense was just as dominant as it had been throughout the Tournament, taking Japan entirely out of its usual gameplan.

USWNT coach Jill Ellis described her post-game feelings to reporters on the Fox broadcast as “pure elation,” adding, “I’m just so proud of this team and these players. So happy for every little girl that dreams about this.”

Click here for a full box score and read on for a recap.

Lloyd recorded three goals in the opening 16 minutes of play, becoming the fastest player to ever net a hat trick in the World Cup. Her first goal, in the third minute of play, was also the fastest goal ever scored in a Cup final.

Although Lloyd didn’t add any second half goals, her performance was not only dominant, it was history-making. She was awarded the Silver Boot and the Golden Ball, becoming just the second American to win the Golden Ball.

“I’m speechless,” Lloyd told reporters post-game. “Honestly. I’m so proud of this team. It hasn’t sunk in. I’m so unbelievably proud of every single person on this team. We just made history and we’re a part of it. I was just on a mission. I was on a mission to help my team. Personally I’ve worked my butt off and everything, all the repetitions, came into play.” 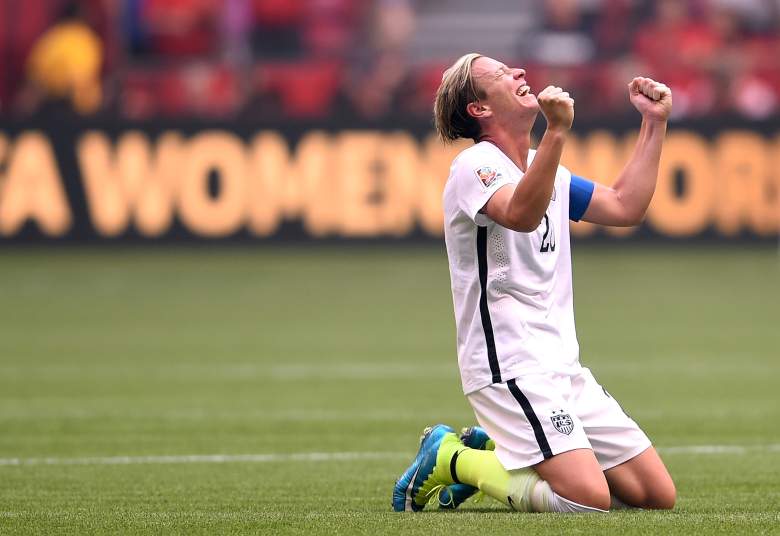 It had to happen this way. Long-time USWNT standouts Abby Wambach and Christine Rampone both got their final on-field moments in the final minutes of the World Cup final. In the best kind of sports moment, Carli Lloyd handed Wambach the captain arm band as she came onto the field.

It was Wambach’s 25th World Cup appearance, good enough for second all-time in tournament history. Rampone, meanwhile, received a standing ovation when she made it onto the field, just her second game during the tournament.

Bring on Captain America! Let's do it, @christierampone!

Hope Solo Was a Late-Game Wall in Net

As the United States has come to expect, long-time net minder Hope Solo was, once again, strong in net in the waning minutes of the match. Despite giving up two goals, including an own-goal by teammate Julie Johnston, Solo shut down Japan’s comeback efforts late in the game, coming up with point-blank saves and highlight reel moments. 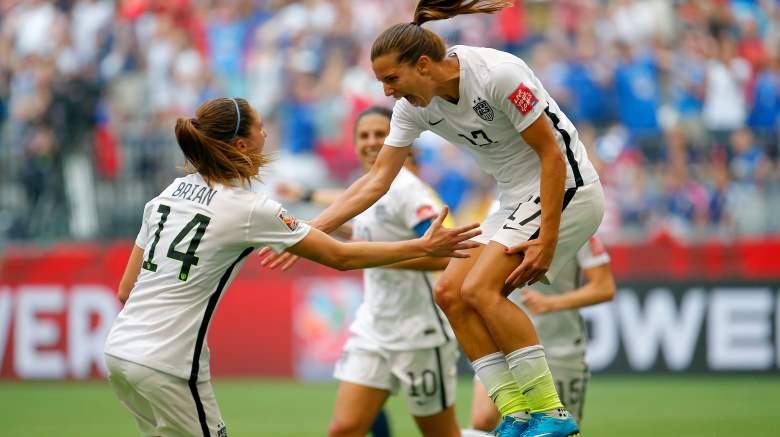 For a moment it actually looked as if Japan was set to mount a comeback. Johnston’s miscue in the defensive zone had visibly flattened the USWNT but Tobin Heath was not about to allow her team to back down. So, naturally, she scored her first World Cup goal in the 54th minute of play.

The United States Dominated the First Half Stats 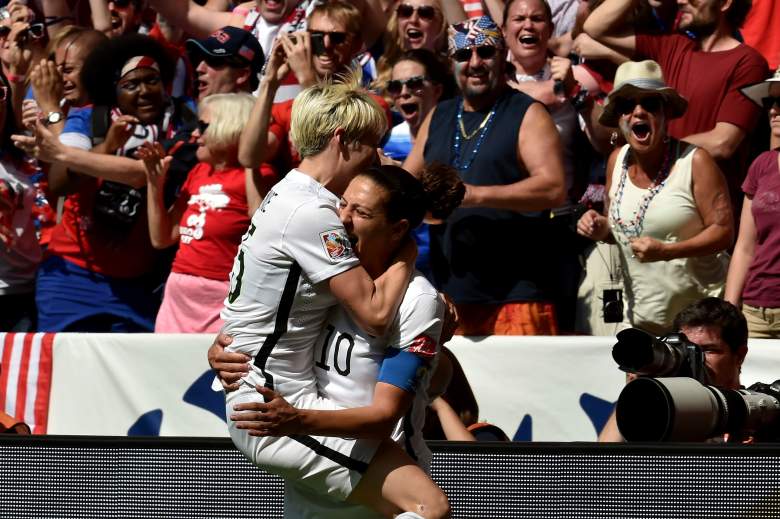 As you’d expect from the score, the United States absolutely dominated the first half of play in the World Cup final. In addition to Lloyd’s historic hat trick early on, the USWNT led Japan nine-to-three in shots on goal, taking the reigning champs entirely out of their fundamental and precise game plan.

Halftime in Vancouver and it's #USWNT 4, Japan 1… Hat trick from @CarliLloyd and a goal from @laurenholiday12!!! pic.twitter.com/7g8FSAilAB

Although her shutout streak was snapped, Hope Solo did record one save and Japan’s goalie Ayumi Kaihori added one save of her own. The fans in Vancouver certainly seemed to be enjoying the display:

Need I say anything more!! Electric! Unbelievable!! This is the most fun I've had at a sporting event! #USWNT! pic.twitter.com/BUvIzID4p2

According to ESPN, the United States actually only controlled 41 percent of the first half possessions.

Hope Solo was a finger tip’s length away from a brand-new record. The United States goalie gave up her first goal in over 500 minutes of game-play when Yiki Ogimi found the back of the net to put Japan on the board.

Lauren Holiday, who missed the U.S. game against China due to yellow card accumulation, got her name on the stat sheet as well in the 14th minute with a quick shot that was helped along by the Japanese defense.

This is what the #USA will see when they walk into their locker room in about 75 minutes! #OneMore pic.twitter.com/9yqGq6V5ED

It starts with defense and an incredible Solo effort. The United States has not allowed a goal since the opening match against Australia last month and long-time goal keeper Hope Solo boats an incredible 513 shutout minutes in net. Her ten overall World Cup shutouts are now tied for the best all-time in the history of the tournament.

While the USWNT has been slow and steady, Japan earned its finals berth in one of the most emotional games of the entire Cup. As the clock was winding down in regulation, England’s Laura Bassett scored an own goal to give Japan a 2-1 victory. 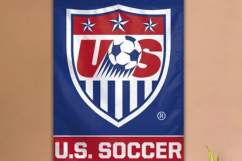 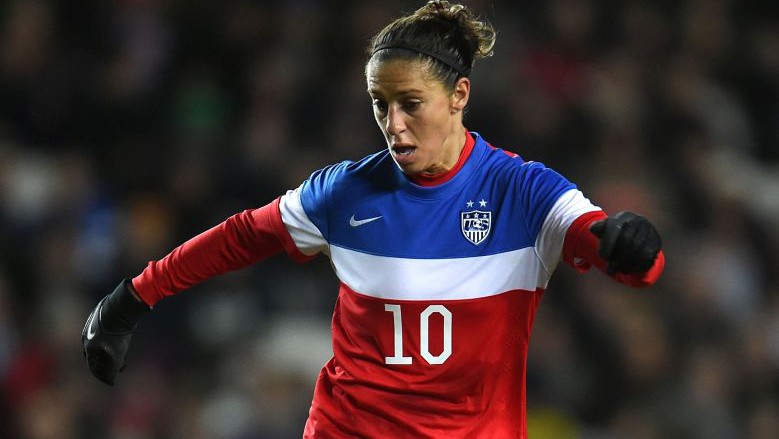 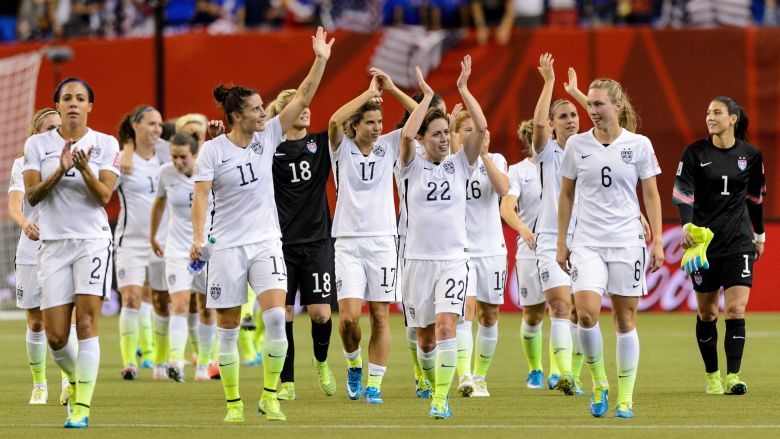 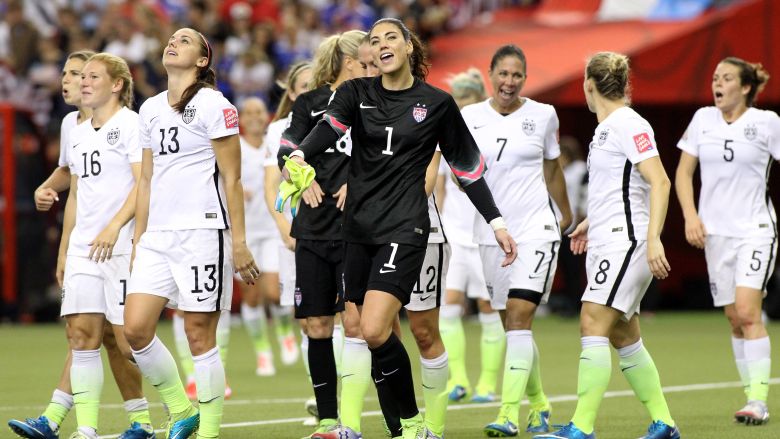