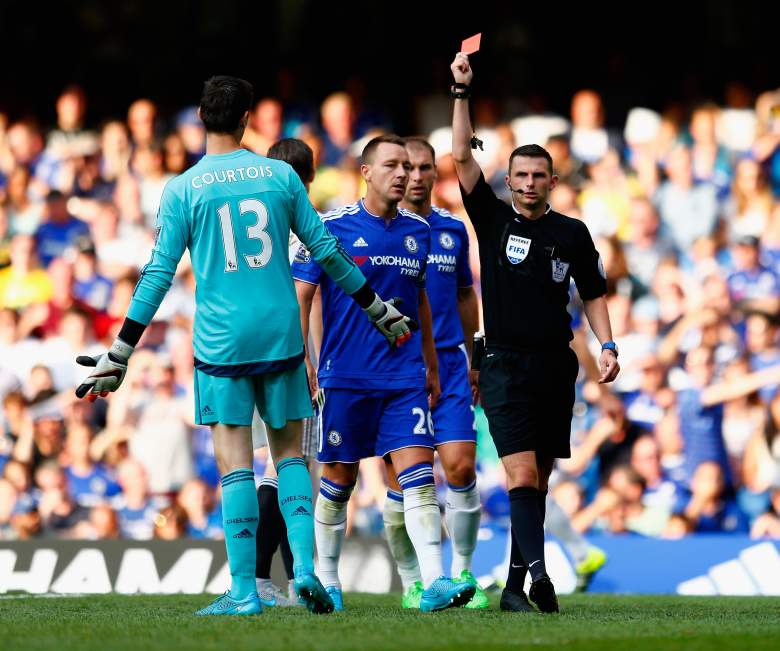 A red card to Chelsea’s Thibaut Courtois and the ensuing penalty conversion by Swansea’s Bafetimbi Gomis in the 55th minute salvaged a 2-2 draw for the Swans in the Premier League opener for both teams on Saturday at Stamford Bridge.

Chelsea took the lead twice through Oscar and an own goal by Federico Fernandez, but Andre Ayew scored his first goal for the club and Gomis scored from the spot to earn a point in a lively encounter.

Swansea dominated portions of the match and could have snatched a win late on, but Chelsea was always a threat on the counter attack. New signing Falcao came on as a substitute for Chelsea in the 84th minute.

After absorbing pressure from Swansea, the hosts got a free kick in a dangerous area halfway into the first half. Oscar made the Swans punish, lacing in a low, quick free kick that beat Fabianski all ends up.

Courtois makes a wonderful save with his hands, but the rebound falls to Andrew Ayew, who pulled off an excellent drag-back and strike past the Belgian.

Chelsea Retook the Lead 92 Seconds Later From an Own Goal

The Swansea joy did not last long though, as Chelsea come right up the field and retake the lead. Willian hit a cross that took a deflection off Fernandez and looped into the corner of the net.

Courtois makes a challenge on Gomis to deny a goal-scoring opportunity, resulting in a red card. Gomis then converted the ensuing penalty past Asmir Begovic to tie the match at 2-2. 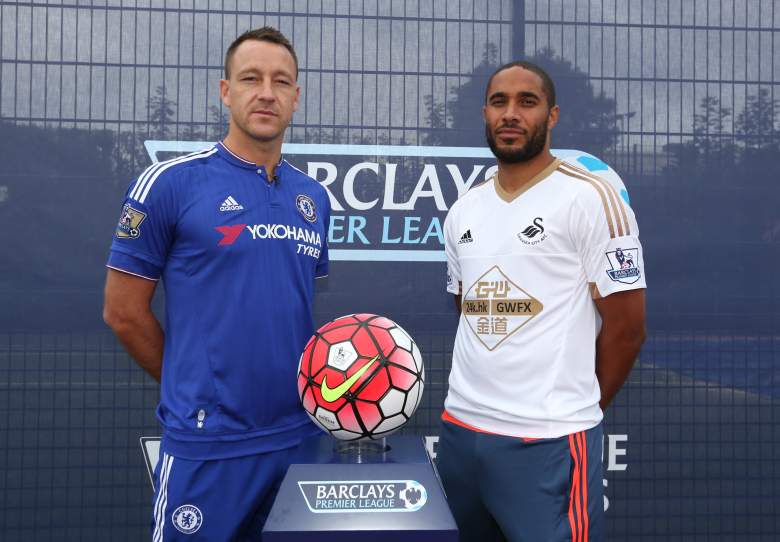 Fresh off a disappointing Community Shield defeat, Chelsea will look to return to winning ways in their Premier League opener against Swansea City. The Blues lost just three of 38 EPL matches last year, and made no significant changes to the roster for this term. While their rivals spend millions to catch up, Chelsea are still the favorites to take home the EPL title this year.

Chelsea’s backline of Cahill, Terry, Ivanovic and Azpilicueta is an impenetrable force that makes it impossible for opposing offenses to break down. The Blues conceded 32 goals in league games last year.

Swansea is coming off an equally satisfying season, placing eighth for the highest finish in club history. Adding Andre Ayew to their ranks, the Swans have an outside chance of challenging for a European place. 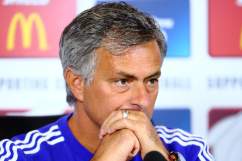 How to Watch Chelsea vs. Swansea City Live Stream Online

Read More
Soccer
Chelsea and Swansea drew 2-2 on Saturday in a game that saw Thibaut Courtois get sent off. Check out all the highlights here.