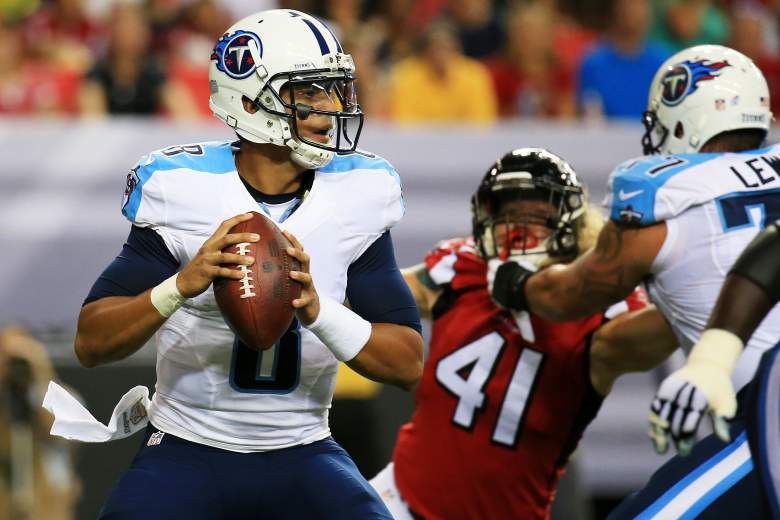 The expectations were sky high. That tends to happen when your coaches are saying you’ve been flawless during training camp.

Marcus Mariota’s NFL debut on Friday night was not a disaster but it was also not the best NFL debut that anyone has ever had. The Heisman winner got off on the right foot, going 2-for-2 on his first pair of passes and, then, things took a bit of a downward turn.

Mariota was sacked on a Falcons rush straight up on his second series under center and then followed up, on the very next play, by throwing a pick that eventually set up an Atlanta field goal.

It did not get better on the next drive. Mariota fumbled the ball deep in his own territory, the Falcons recovered the ball and scored, taking a 17-0 lead into the final minutes of the first quarter. There had seemingly been some sideline debate about taking Mariota out of the game after the two straight turnovers but Titans coaches opted to give him one more series.

It was a good plan.

Mariota went 5-for-5 on the opening series of the second quarter, leading the Titans to their first touchdown of the night:

#Titans go 80 yards in 10 plays on that drive. Mariota looked poised after having been pressured and rattled on previous two possessions.

That was it for Mariota, for real this time. So, how did the rookie end up doing?

Mariota finished the night 7-for-8 through the air for 94 yards, one interception and a 76.0 passer rating.