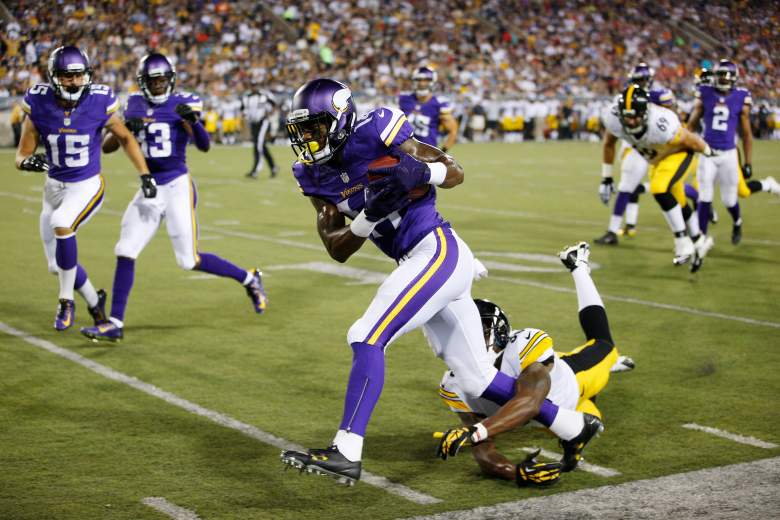 The Minnesota Vikings scored touchdowns in the second and third quarters, and their defense led the way in a 14-3 win over the Steelers in the Hall of Fame Game on Sunday night. The teams kicked off the NFL preseason with a defensive battle that had few major splash plays on offense. In fact, the longest play from scrimmage went 35 yards.

Most of the Steelers starters sat out Sunday’s game, while Vikings quarterback Teddy Bridgewater played one series before exiting. He went 5-for-6 and had his drive stall in the red zone where the Vikings went for it on 4th-and-short and came up empty. Adrian Peterson suited up but did not play.

The Vikings are back in action Saturday at home against the Buccaneers, while the Steelers will be in Jacksonville on Friday.

Steelers quarterback Landry Jones played the entire game for his team, going 16-for-32 for 135 yards and an interception.

A strong opening drive by the Vikings first stringers — save Adrian Peterson — ended on a failed fourth down conversion attempt midway through the first quarter. The play before, Vikings quarterback Teddy Bridgewater hit Jarius Wright down the middle for an 8-yard gain. Bridgewater was 5-for-6 for 44 yards on the opening drive, and would exit after the first series.

The teams played out a scoreless first quarter before the Vikings worked their way into scoring territory behind a fumble recovery and a first down from quarterback Mike Kafka. Blair Walsh missed a 48-yard field goal attempt, however.

Steelers quarterback Landry Jones, who played the entire first half to this point, hit Shakim Phillips for a 35-yard gain. Phillips, an undrafted rookie free agent looking to make the team, reached out and made a nice one-handed catch. The completion leads to a 36-yard field goal by Shaun Suisham.

The Vikings quickly responded with a scoring drive of their own after the Suisham field goal. Kafka found MyCole Pruitt all alone in the secondary for the touchdown. Pruitt is a fifth round rookie from Southern Illinois.

Stefon Diggs Broke a Punt Return 62 Yards, Which Led to a Touchdown

Rookie wide receiver Stefon Diggs electrified the croud with a huge punt return in the third quarter. Although he almost took it to the house, the Vikings would score the next play on a 1-yard touchdown run by Joe Banyard. 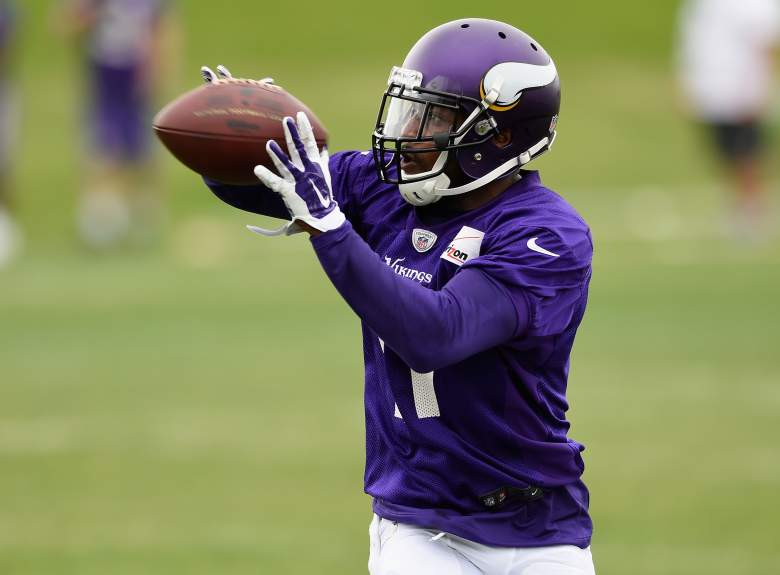 The NFL offseason is usually filled with roster turnover leaguewide, and while that was mostly the case this spring and summer, the Steelers and Vikings enter the Hall of Fame Game with many of the same pieces as last season. Minnesota added defensive players Trae Waynes and Eric Kendricks early in the draft who may crack the lineup, but most of the rest of the starters return to this promising team.

One notable departure from the Steelers is safety Troy Polamalu, who retired after playing all 12 seasons of his career in the Steel City. Up against the salary cap, Pittsburgh was unable to add any quality free agents and will look to build on a 10-6 season last year.

It’s unclear how much playing time each team’s star players will see the field in Sunday’s matchup. In last season’s game between the New York Giants and Buffalo Bills, both starting quarterbacks played a series or two before departing. Both teams will play four more preseason games after Sunday’s matchup. UPDATE: Steelers coach Mike Tomlin said most of his top players will not play Sunday.

Reports are Adrian Peterson will be held out for this game and all of the preseason.

Read More
Football, NFL, Sports
The Vikings defeated the Steelers 14-3 in the NFL Hall of Fame Game on Sunday night. Check out the highlights of the game.