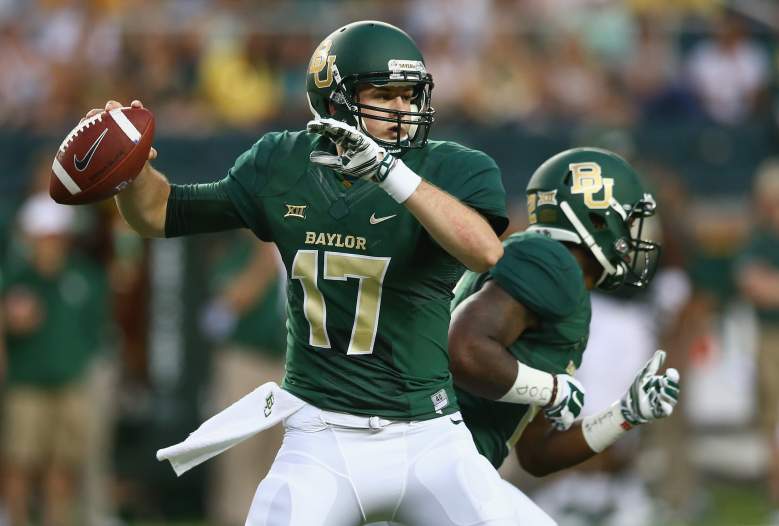 Somewhere, at some point the Baylor football team started to become a quasi-passing academy. An offensive powerhouse that has grown a reputation as a place for quarterbacks to dominate in the air and on the ground.

First it was Robert Griffin III, then it was Bryce Petty and, now, it’s Seth Russell. The Bears fourth-year junior is slated to earn the starting spot under center this fall, after several seasons of playing backup, and the expectations are sky-high for a kid coaches like refer to as a multi-faceted athlete.

It’s a brand-new name on the uniform, but the Bears know that Russell is the man for the job. Head coach Art Briles told reporters in February that that job was his, adding, “Somebody is going to have to beat out Seth Russell for the QB job.” They haven’t yet. Here’s what you need to know about the Texas native:

1. Russell Was Named the Starter on the Spring Depth Chart 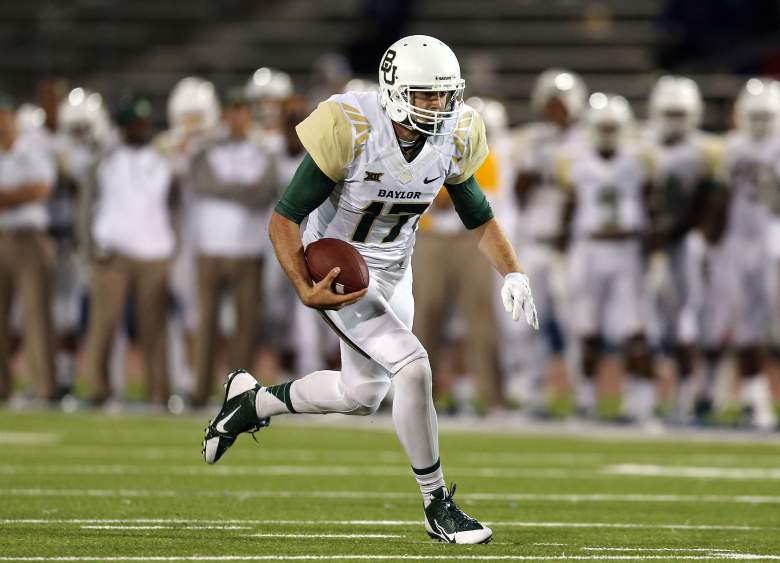 Get ready for a new era of Baylor passing, Bears fans.

Russell, a fourth-year junior who comes in at 6-foot-3, 220 pounds, was named the starting quarterback on the team’s spring preseason depth chart and faces a mountain of preseason expectations this year.

Still, there are plenty of reasons to be confident in Russell’s position under center. In 15 games as a backup, he’s racked 1,231 passing yards and 11 passing touchdowns as well as a 2014 pass efficiency rating of 164.6, which led the Big 12. He can also move. Russell has 332 rushing yards and six rushing touchdowns to his name and clocked in at 4.49 in the 40-yard dash.

2. He Defeated 38 Contestants to Win the ‘Air It Out’ Competition at the Manning Passing Academy

In an event that was a who’s who of star college quarterbacks, Russell found a way to separate himself from the pack this July, winning the prestigious competition. The field included other Big 12 foes like TCU’s Trevone Boykin and Oklahoma’s Trevor Knight.

The competition is intended to measure a quarterback’s accuracy with golf carts driving across the field at 10 and 20 yard intervals. The quarterbacks then throw at the carts. Seven players advanced to the second round, including Oklahma State’s Mason Rudloph and Stanford backup Keller Chryst. Russell was named the victor after the third round.

Pretty good for a kid who has only started a handful of games.

3. Russell Got His Chance at Baylor After Telling a Coach He Could Dunk

No one wanted to give Seth Russell a chance out of high school. He was under-appreciated and over looked and more determined than just about anyone else. So, he decided to create the chances for himself.

When that chance presented itself in the weight room of his Texas high school, Russell seized it. He walked up to then-Baylor offensive coordinator Philllip Montgomery and told him he could dunk. Montgomery was not overly impressed. Plenty of players can dunk. Then Russell took a step back, got a running start and threw down a tomahawk dunk that an NBA all-star would be jealous of.

4. He Was a Three-Sport Athlete in High School

Russell, as one would expect, was a dominate athlete in more than just football. He not only dominated on the gridiron but also lettered in basektball and track. Still, football was king for the Texas native.

As a senior in 2011, he earned second-team, all-district honors leading Garland High School to the second round of the Class 5A Division I playoffs. He racked up 1,973 total yards and 19 touchdowns that season. 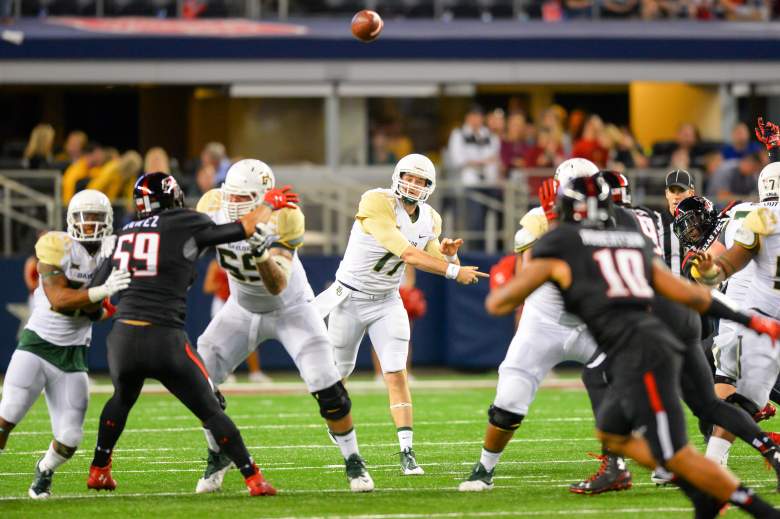 To say that Russell is excited at the prospect of being the starting quarterback of the Baylor football team is an understatement. He’s thrilled, anxious ready and a whole arsenal of other adjectives. He’s also ready to start airing it out to the Bears incredibly talented corps of wide receivers.

After getting the start against Northwestern State on September 6 last year, Russell applauded his options on the sideline, including KD Cannon who he found six times for 233 yards and three touchdowns:

KD just knows how to get open. I just threw it up there and he got it. I guess you can say there was a connection there.

Cannon will be back on the Bears roster this fall as will other wideout Corey Coleman. The two combined for 2,149 receiving yards and, overall, the Bears hauled in an incredible 4,757 total receiving yards last season.