Packers quarterback Aaron Rodgers is on his way to breaking a host of passing records, and may supplant Bret Favre as the best quarterback in franchise history. Settling into the position after sitting behind Favre for three seasons, Rodgers has thrown for more than 29,000 yards.

Off the field, Rodgers has also appeared to settle down. He’s dated Olivia Munn for more than a year now, with the model/actress being seen at many Packers games since.

Munn, 35, is an Oklahoma native who graduated from the University of Oklahoma with a journalism degree, but made the transition into acting when she moved to Los Angeles. She’s appeared in a variety of movie roles over the last several years, including spots in Magic Mike and Deliver Us From Evil. 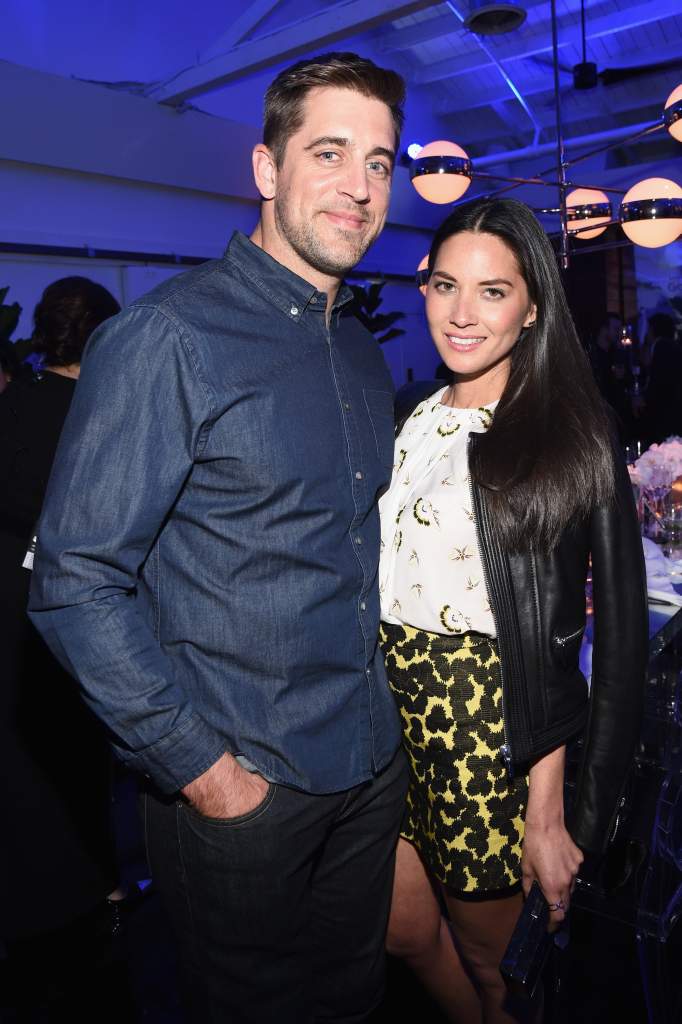 The couple at the Samsung Galaxy S 6 edge launch in April. (Getty)

Rodgers and Munn were first spotted in Malibu in May 2014 after Munn had broken up with her previous boyfriend. The story cites that they were casual friends before dating; when they first met Munn was unaware she was meeting a professional athlete. They reportedly met at a country music award show in April, 2014.

Munn credits Rodgers for grounding her; she spends much time in Wisconsin in addition to work commitments in New York and Los Angeles.

2. They Make Plenty of Appearances in Public Together 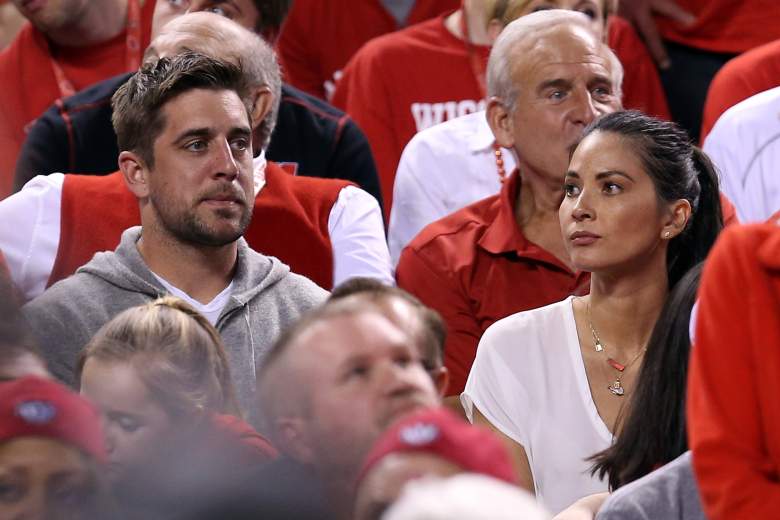 The two were at the Wisconsin-Duke final four mens basketball game earlier this year. (Getty)

By most Hollywood couple standards the two are relatively open about their relationship. Munn posts pictures and videos of the two on social media together, and they are on the red carpet at a variety of events.

They appeared together at the 2015 Vanity Fair Oscar Party, the 2015 NFL Honors and the Samsung Galaxy S6 phone launch, among others.

Though a June report claimed that the relationship had hit a snag, the couple appear to be as happy as ever together. 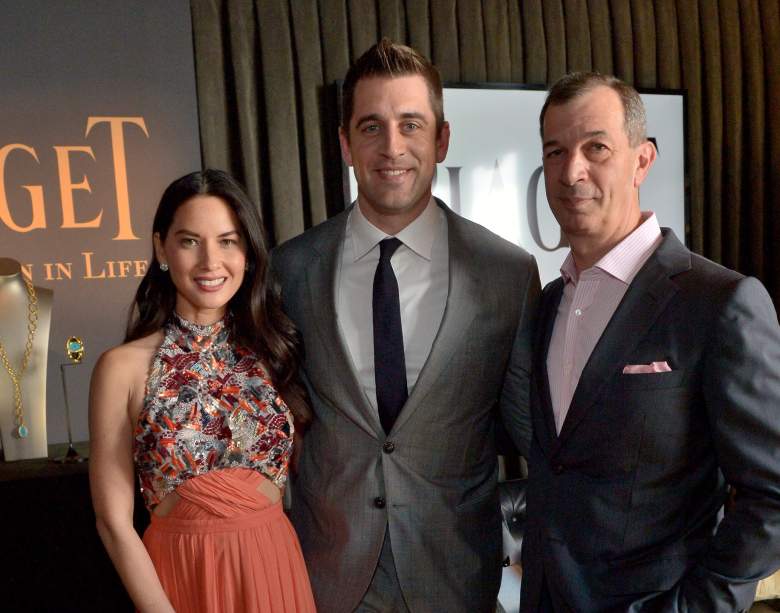 A recent trend is the use of Dubsmash, a mobile app that creates lip-synced videos of famous songs and movie/television scenes. Munn and Rodgers dove into the deep end with a trio of hilarious posts.

They first posted a scene from Princess Bride, then sung a portion of songs by Mariah Carey and Boyz II Men. Munn continued the trend on her own with several more solo posts.

Munn adopted a puppy named Chance as part of a rescue mission; Fox’s Cause for the Paws in the fall of 2014.

She’s also brought Chance onto the set of the Today Show.

5. Olivia Was in Attendance When Aaron Won an Episode of Celebrity Jeopardy

In March Aaron Rodgers spent a day of the offseason participating in Jeopardy’s Celebrity Tournament edition. Though he started off slowly, Rodgers rallied for an improbable win.

Rodgers won $50,000 for his charity and created one of the TV moments of the year in the process.

Munn posted this victory shot on her Instagram page.

Editor’s note: Football is here, and Heavy’s partners at DraftKings have the best NFL and college contests. Sign up with DraftKings promo code HEAVY and get a $600 deposit bonus with no season-long commitment.