The Washington Redskins RB frequently credits his family for his success on the gridiron. (Instagram)

Alfred Morris is a family guy first and an NFL player second.

The Washington Redskins running back has frequently said that he doesn’t consider football a career. It is an experience. A career lasts for decades, getting the chance to play in the NFL lasts for a moment. So Morris is going to take advantage of his opportunities, and running lanes, but he’s never going to forget where he came from.

That’s why Morris is just as close as ever with his family, including his six brothers, and his hometown in Florida. Morris’s approach to life may seem a little out of ordinary in a world that is focused on contract extensions and racking up records, but for the Redskins standout, there’s only making his family proud.

That’s what matters most. Here’s what you need to know about Morris and his family:

1. Morris Grew Up in Florida as One of Seven Boys

Morris grew up in Florida and was incredibly close to his family. He still is and regularly goes home for visits. (Instagram)

The Washington Redskins running back grew up one of seven boys in Pensacola, Florida and the Morris family was close. This was a family that battled for each other, that supported each other and made sure that everyone could work towards their goals; no matter what.

The boys often slept two and three to a room and the family went to church every week.

The upbringing shaped Morris completely and turned him into, quite possibly, the nicest man in the entire NFL. In fact, according to Yahoo, Morris still sleeps on the couch when he goes home visit. Seriously.

Even after signing with the Redskins out of college, Morris refused to let pro ball change him. “It’s definitely a misconception that we’re all millionaires. I still drive the same car I had my last year of college — a 1991 Mazda 626 — and I love it. I call it my baby,” he said. 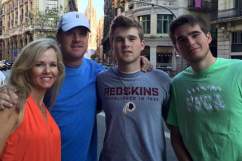 2. He Got His Degree in Sports Medicine Because His Mother, Yvonne, Wanted Him to

College was a difficult time for Morris.

He had grown up surrounded by family and someone was always near by, usually in the same room. Then, all of a sudden, he was at Florida Atlantic and he was by himself. It was jarring and, just a little, terrifying. Morris almost didn’t make it through his first semester, describing those initial months:

When I went to college, i was by myself. I was so ready to get away from home. I was so ready to be free, but being away I kind of got homesick. I didn’t want to drop out of school, I just wanted home to be closer. My first semester was rough. I didn’t focus much, to be honest with you. I made a 1.97 GPA that semester, and it was the lowest GPA I ever had by far.

Of course, Morris’s mother, Yvonne, would not accept that. She knew her son would be able to turn it around and he knew he could do it for her. Morris did it. He turned his grade around and found himself getting less and less homesick. He also dominated on the field.

Morris was just 72 yards short of becoming the first FAU player to back back-to-back 1,000 yard seasons between his sophomore and junior years. As a senior, Morris did crack the century mark, rushing for 1,186 yards and nine touchdowns.

3. Morris Has Been Open About Heartbreak in Relationships

It hasn’t been easy for Morris to find “the girl” and the Redskins running back has been open about his relationship struggles since he first put on an NFL uniform.

Just before his senior year at FAU, his high school girlfriend broke up with Morris, leaving him nothing short of heartbroken. The moment has left him fighting for a relationship but it isn’t always easy, especially considering his hectic in-season schedule. Morris told The Washington Post:

Every time I did it my way, I failed. I’m too nice of a guy. I’ve been cheated on, like, two or three times. The first girl I ever dated cheated on me. And I found out on Valentine’s Day. The second one cheated on me with one of my friends.

Morris added that “dating is what it is,” saying it’s difficult to find girls who simply want to hang out without the looming title of relationship hanging overhead. 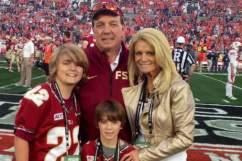 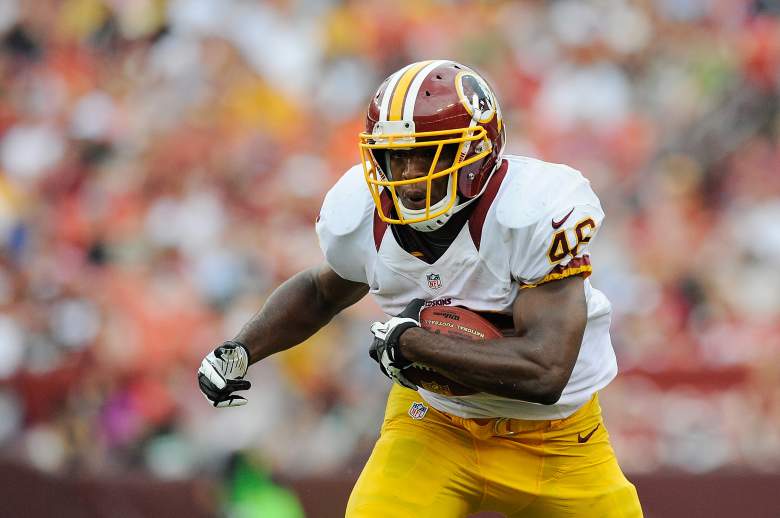 Morris have built his own little family in Washington as well, including a surrogate grandmother he met during training camp. (Getty)

After he was drafted by the Washington Redskins, Morris found the transition to NFL standout challenging at times. He missed his family. He missed that built-in support system.

So he found a new support system. That’s where “Virginia Grandma” comes in.

Morris met the elderly woman in 2012 when he was staying in a hotel for training camp and the pair immediately struck up an unlikely bond. The Redskins standout explained what the friendship, and the support, meant to him, particularly at that point in his career:

Morris and “Virginia Grandma” have been close ever since that first meeting years ago.

5. Morris’ Family Has Been Very Public About Their Religious Beliefs

Every Sunday, the entire Morris family piled into the car and went to church. Week in and week out, it was a tradition. It’s still one that Morris works hard to maintain, despite a slightly busy schedule on Sundays during the season.

Morris has regularly discussed his dedication to his religion and how it has impacted every facet of his life. He’s even gone so far as to say that a relationship with God is a must-have for any woman he dates in the future.

But Morris’s relationship religion is more than simply attending church. He acts it out every day. In 2013, The Washington Post profiled Morris’s weekly charity work, using his off-days from the Redskins to do charity events throughout the D.C. area. Morris told the paper:

Although Morris no longer regularly attends his family’s Florida church, New Dimensions, where his mother read bible verses to the congregation, the running back does regularly speak with team chaplain, Pastor Brett Fuller and attends team Bible studies.