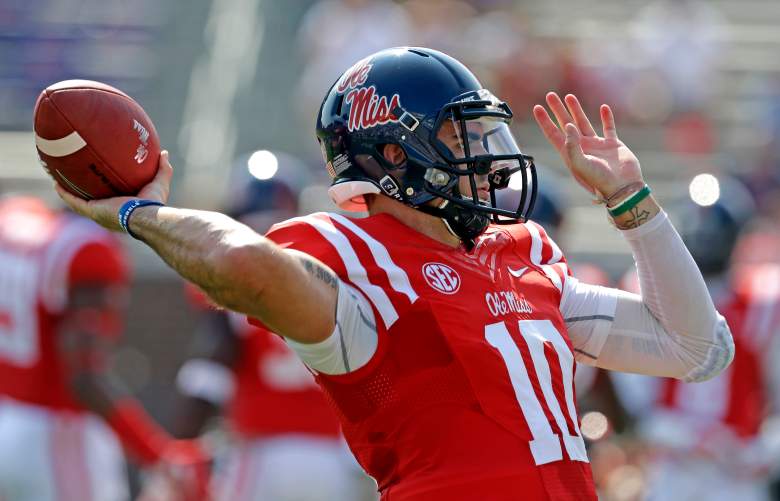 Chad Kelly is the new quarterback at Ole Miss. -Getty

Chad Kelly has been in and out of the college football spotlight. He is a bit of a journeyman with stops everywhere from Clemson to a small community college in Mississippi. From having a famous uncle to his troubled past, Kelly has been known for his life off the field rather than his play at quarterback.

Kelly has already experienced success at Ole Miss. He led the Rebels to an upset victory against Alabama in Tuscaloosa. While there is still a lot of college football left to played, Kelly has helped make Ole Miss one of best teams in the country. We will see if Kelly and the Rebels can continue to build on their success.

Here’s what you need to know about the new starting quarterback for Ole Miss:

1. Chad Kelly Is the Nephew of Jim Kelly

Shared this already on Twitter but had to add it here too! Such a BLESSING to watch Jim watch Chad. Let the college football season begin. Chad's first SEC game ✅ amazing!?? #family #OleMiss #hottytoddy #gorebels

Chad is the nephew to NFL Hall of Fame quarterback Jim Kelly. Jim is well known for his time with the Buffalo Bills. He led the Bills to four straight Super Bowl appearances. More recently, he was diagnosed with cancer but has been declared cancer-free.

Jim is a big fan of Chad as you can see on the above Instagram video. Jim recently remarked to AL.com about his nephews arm strength. “After I caught five or six passes I finally had to say ‘Chad, take it easy on uncle Jim,'” Kelly said.

2. Kelly Was Dismissed From Clemson

Kelly played sparingly with the Tigers. He appeared in five games in 2013. After being benched in a Spring game for DeShaun Watson, Kelly was seen yelling at the Clemson coaching staff at the public event. Just a few days later he was dismissed from the team.

“I hope he will mature and grow from this and become the man and player I know he can be. I wish him nothing but the best in the future academically and athletically,” Clemson coach Dabo Swinney said after the dismissal. Chad Kelly later issued an apology for his actions.

3. He Was Arrested in Buffalo for a Bar Fight

Kelly has a checkered past and his stop at Ole Miss is seen as a final chance after his dismissal from Clemson. According to the Bleacher Report, he was kicked off the Red Lion High School team in New York. After his stop at Clemson, he enrolled at East Mississippi Community College and led them to a national title.

Less than two week after committing to Ole Miss, he was arrested in Buffalo for an incident at a night club. Ole Miss allowed Kelly to enroll and the legal issues were settled in March 2015. 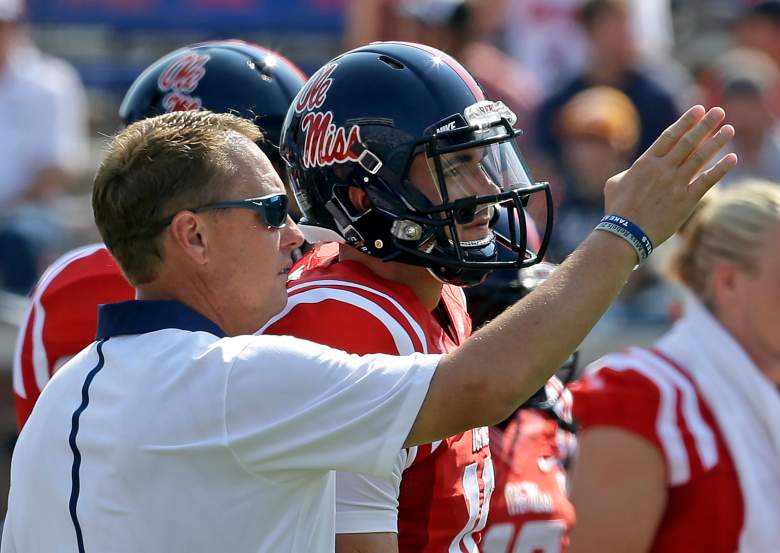 Kelly was looking to be mentored by someone at his next stop. Part of the reason he chose to transfer to Ole Miss was his relationship with Hugh Freeze. He told the Bleacher Report that the two attend Bible study together.

“We both had faith in God, first of all. He’s pushing me on and off the field a tremendous amount. I’m just so thankful that he gave me an opportunity,” Kelly said in a recent Bleacher Report interview.

5. Chad Was a Four-Star Recruit

According to Yahoo Sports, Kelly was a four-star recruit coming out of high school in Buffalo, New York. He was recruited by a number of teams including Alabama, Florida State, Michigan State and Louisville.

Teams saw the 6’3″ quarterback with dual-threat capabilities they could build their offense around. Ultimately, he chose to sign with Clemson and was later kicked off the team. Kelly seems to be taking advantage of the second chance he received at Ole Miss and the fans in Oxford hope it continues.

It is hard to forget the epic rap song Kelly did while at Clemson. You can listen to it in the video above. 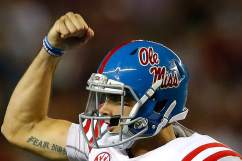