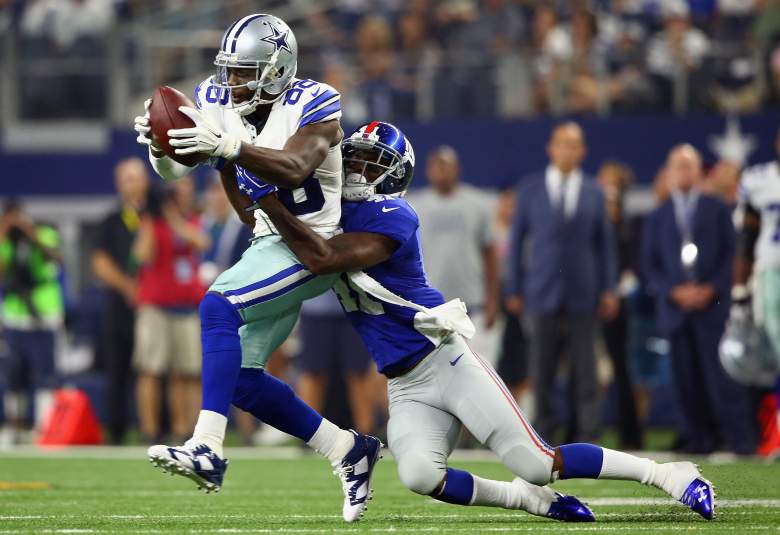 The Dallas Cowboys will be without their top receiver, Dez Bryant, for at least a month after a week one injury. (Getty)

Dez Bryant will reportedly miss four to six weeks after breaking a bone in his foot on Sunday night night.

The Dallas Cowboys wide receiver left the season-opener against the New York Giants with what was originally reported as an ankle injury. He spent most of the final 15 minutes in the Cowboys locker room and did not return to the game.

Team owner Jerry Jones informed reporters after the Cowboy’s dramatic 27-26 victory over their divisional rivals that the squad’s Pro Bowl receiver had broken a bone in his foot. Jones added that Bryant will need surgery.

Bryant had also left the week one matchup earlier in the game, spending time in the locker room after being reportedly dehydrated in the first half. He returned to the game with a sleeve on his right arm, covering the spot where trainers had inserted an IV.

Braynt finished the night with five receptions for 48 yards. He had been battling injuries throughout the offseason as well and did not play a preseason snap due to a lingering hamstring problem. The wideout posted the following message to his Twitter after the game: