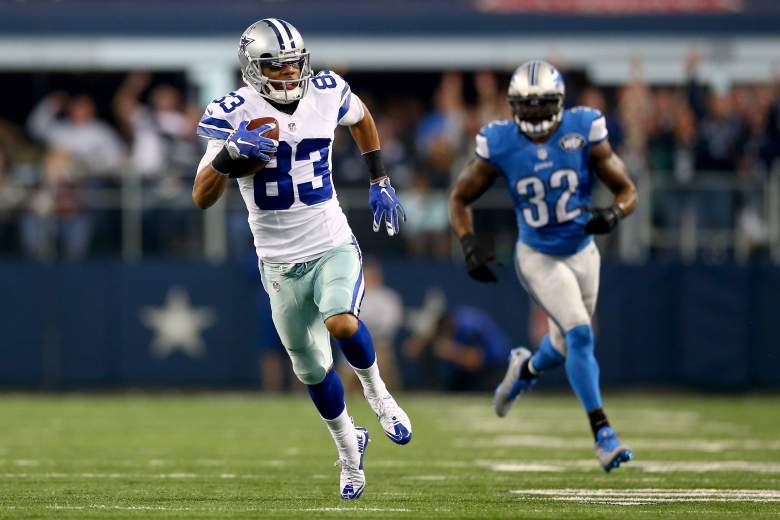 With Dez Bryant injured, Terrance Williams should be in line for more targets. (Getty)

Editor’s note: Sign up with DraftKings here and enter the free $100K Customer Appreciation contest, which begins Sunday at 1 p.m. Eastern. The top prize is $10,000.

Week 1 is in the books and there were some dominating performances by a number of wide receivers. The NFL is a passing league now, those big games are becoming the norm.

But who is going to be putting up those monster numbers on a weekly basis? Figuring that out is the hard part. Well, we know a few … Julio Jones, Antonio Brown, etc. Those are obvious, must-starts every week. This post is not about them.

Hopefully I can lend a hand in finding the hidden gems, though. I have identified a few receivers who should put up solid numbers and others who should be nowhere near your lineup.

Don’t forget to bookmark our fantasy football rankings 2015 page to keep up-to-date on the latest projections and rankings for each NFL week throughout the season. All of my Week 2 rankings are up. 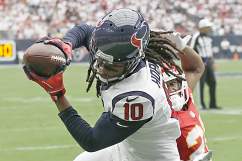 With Dez Bryant out for at least a month, Tony Romo’s passes are going to need to land in some new hands. Tight end Jason Witten’s mitts will be one pair. As for the receivers, it’s Williams, Cole Beasley and Devin Street. Williams had 13 touchdowns in his first two seasons, so he knows his way to the house. He could see up to 10 targets this weekend vs. a beatable Eagles secondary.

Kearse saw 10 targets in Week 1, hauling in 8. As new addition Jimmy Graham draws double teams (he will), this could become a regular occurrence. Kearse is somewhat of an unknown (pretty much every Seattle receiver is), but Wilson trusts him. And Wilson can actually throw the ball, much to the disbelief of many. A gamble, yes. But one that could absolutely pay off.

Another gamble here, but when you get 7 targets from fantasy goldmine Drew Brees and turn them into 4 receptions and a TD, you will be fed again. The No. 3 receiver on the Saints’ offense has a huge advantage over the Buccaneers’ brutal pass defense. Coleman is a perfect play as a WR3 or Flex. He might not catch 8 balls, he’ll do some damage. 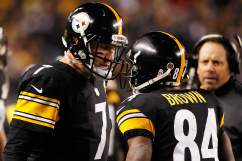 Stills came to the Dolphins when they had a pretty bare cabinet when it came to receivers. It was basically Jarvis Landry and not much else. So Stills was going to be a sleeper by playing with Ryan Tannehill. Well, Miami then went out and added Greg Jennings, Jordan Cameron and drafted DeVante Parker. Receiving cabinet officially full. And that was on display in Week 1 as Stills saw just 3 targets, catching 1 for 12 yards. Stills seems to be running as the fourth receiver. Not good.

Judging by his preseason hype, Agholor should have already been fitted for his Canton induction ceremony. Well, that was a rough first game, huh? A single catch for 5 yards. In Chip Kelly’s offense, Agholor can blow up at any moment, but Bradford seemed much more comfortable going to Jordan Matthews, Zach Ertz and his trio of excellent receiving running backs. There will be a time when Agholor becomes fantasy-relevant (I think).

Repeat offender! Johnson was in this space last week and he worked with me, catching only 4 passes for under 30 yards. How much he faces Darrelle Revis is unknown, but still, he’s not going to be much more than a freakishly athletic possession receiver in this game. Don’t feel bad about leaving Johnson on your bench in Week 2.

Any wide receiver on the Carolina Panthers. Yikes, that’s kind of an ugly situation there. 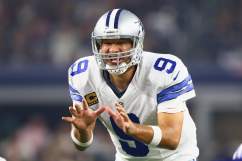 Read More
DraftKings, Fantasy Football, Fantasy Football Rankings, Football, NFL
Not sure which wide receivers to start which to sit for NFL's Week 2? Don't worry, we've got you covered, so keep reading to find out our recommendations.