The weather probably did McNeese State a favor when it caused its game against LSU to be cancelled. LSU now heads to Starkville to open the season against Mississippi State. The Bulldogs are coming off a 34-16 road victory against Southern Miss.

LSU continues to be an unknown for the 2015 season. Brandon Harris is the new starting quarterback and the Tigers hope Harris can provide a spark that was missing at the position last season. There was also changes made to the coaching staff. The Tigers hired Alabama’s linebacker’s coach Kevin Steele to replace John Chavis as defensive coordinator. Saturday night Tigers fans get to finally see if the changes pay off.

Here are the details for Saturday night’s SEC game in Starkville:

Line:
LSU by 3 (Line is according to OddsShark and is subject to change.) 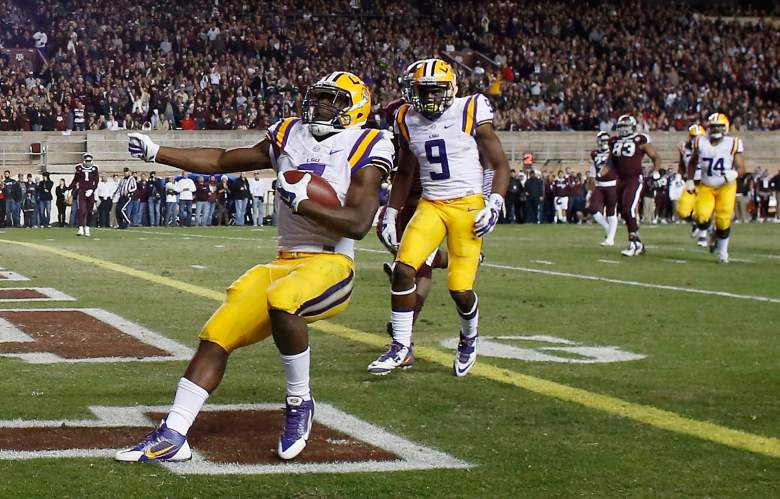 Leonard Fournette is poised for a strong 2015 season. (Getty)

Last season, quarterback Brandon Harris did not enter last season’s game against Mississippi State until the fourth quarter.Yet, his two touchdown passes almost led the Tigers to a comeback victory. Two things have to happen for the Tigers to win Saturday and have a good 2015 season.

Harris needs to be an improvement at quarterback for the Tigers. Secondly, the LSU defense needs to continue to provide a strong core for the team under new coordinator Kevin Steele. Fournette is going to continue to run all over the SEC but needs a little help for LSU to return to becoming a top-25 team.

Quarterback Dak Prescott was the leading rusher for Mississippi State in Week 1. This is not necessarily a bad thing but it is something to keep an eye on as the Bulldogs replace star running back Josh Robinson. Youth does not have to be a weakness, but with the Bulldogs only returning seven starters it certainly provides a challenge. The young offense will have its first challenge against a traditionally stout LSU defense.

This games provides the first SEC West showdown between division contenders in 2015. The matchup should be a close game, but expect LSU to take advantage of Mississippi State’s inexperience. Brandon Harris will pick up where he left off last year against Mississippi State and combined with Leonard Fournette’s running ability will lead the Tigers to victory. 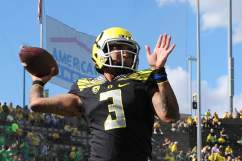