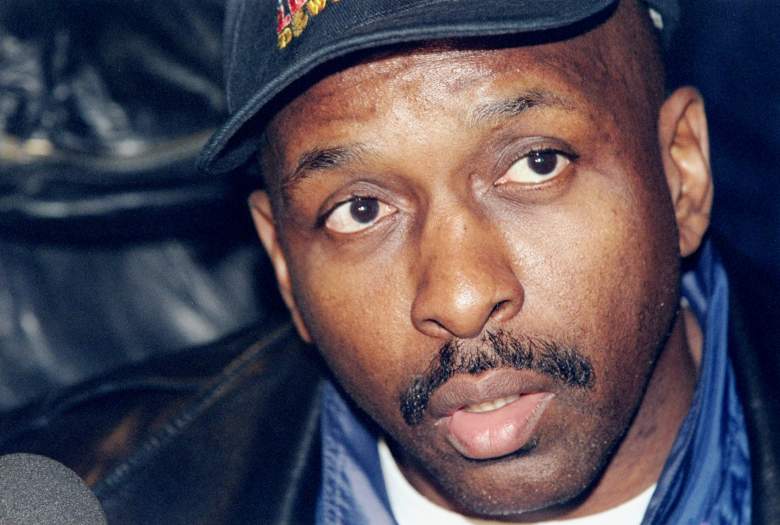 Three-time NBA MVP and Pro Basketball Hall of Famer Moses Malone has died at the age of 60, according to a report by ESPN.

Malone was named one of the NBA’s 50 greatest players and the 6-foot-10 center averaged a double-double in over two decades in the league. The cause of death has not yet been confirmed but Mark Berman, the sports director at Fox 26 (KRIV), reported that Malone had died from an apparent heart attack.

1. Malone Was the Finals MVP With the 76ers in the 1983 Championship

Moses Malone grabs a loose ball as Patrick Ewing looks on during a Sixers-Knicks game in 1993. (Getty)

After spending six seasons with the Houston Rockets, Malone arrived in Philadelphia as a free agent and his impact was felt immediately; in the form of a championship season.

Malone, in his seventh season of pro hoops and fifth in the NBA, led the 76ers to their only title since 60’s, averaging 24.5 points and 15.3 rebounds that year. Philadelphia lost just one postseason game en route to the championship and swept the Los Angeles Lakers in four games in the 1983 NBA Finals.

2. He Was Nicknamed ‘Chairman of the Boards’

Standing at 6-foot-10 in his socks, Malone was nothing short of dominant on the glass throughout his career, so much so that he was known as the “Chairman of the Boards.” He averaged a double-double of 20.6 points and 12.2 rebounds over the course of his career.

His 16,212 rebounds are still No. 5 on the NBA’s all-time list, while his 27,409 career points rank eighth overall. He led the league in rebounding six times and was inducted into the Hall of Fame in 2001.

My heart saddens once more, Moses Malone passes away at 60, way too soon.. Thoughts n prayer to the family.. #FoFoFo pic.twitter.com/I7nK2VCY3f

Malone criss-crossed the league throughout his career, suiting up for a total of eight different teams before he retired after the 1994-95 seasons.

Although he was drafted by the Portland Trail Blazers after the ABA-NBA merger, Malone was traded to the Houston Rockets and began his league career in Texas where he was one of the most ferocious rebounders in the game. During six seasons with the Rockets, totaled 6959 rebounds, including over 3,000 on the offensive glass.

Malone also played for the Washington Bullets, Atlanta Hawks, San Antonio Spurs as well as two stints with the Philadelphia 76ers. His No. 24 was retired by the Rockets after he won the MVP in 1979 and 1982 with the team. 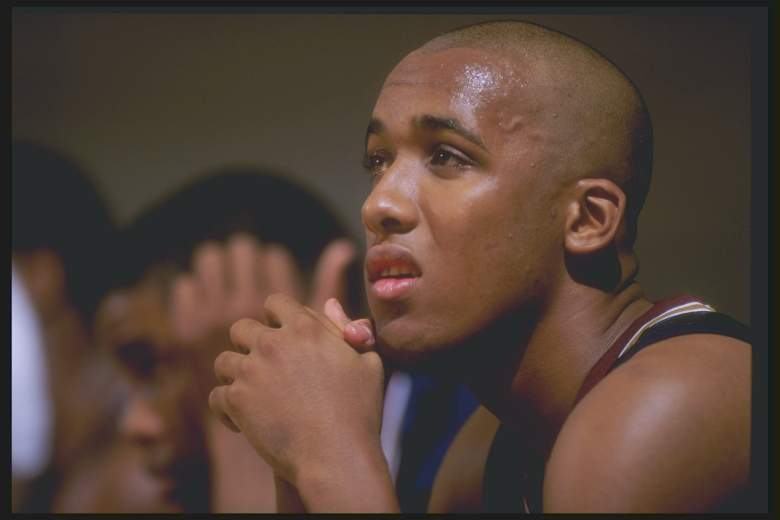 Moses Malone Jr. looks on during a 1997 game between Wisconsin and Illinois. (Brian Bahr /Allsport via Getty)

Malone’s son, Moses Jr., was also a basketball player in the late ’90s, although he found the road to hardwood success a bit more challenging. Moses, Jr. began his college basketball career at the University of Houston, playing nine games and starting one during the 1998-99 season.

He transferred to Texas Tech during the spring semester of his freshman season and played in 19 games as a sophomore in 1999-2000. He averaged 2.9 points and 1.9 rebounds that season and was one of the team’s top free throw shooters, connecting on 79.3 percent of his shots. However, Moses Jr., transferred once again, ending his college career at South Carolina State in 2002. He told Philly.com that, sometimes, his father’s reputation dominated his own:

Who my father was kind of overshadowed my dream. I love having the name. Expectations are sometimes high. Kids would say, ‘Just because you grew up with a silver spoon in your mouth . . .’ But my father is my father.

Malone competed in the Reebok Summer League in 2003 and went on to play in the ABA under Joe “Jellybean” Bryant, Kobe’s father. Malone’s other son, Mike, played football at Virginia Tech and competed in the Sugar Bowl.

5. Malone Was the First Player to Go Pro Directly Out of High School

Malone intended to play college basketball at the University of Maryland after graduating from high school, however after being draft by the ABA’s Utah Stars in 1974, he opted to turn pro instead. He became the first player to go pro directly out of high school.

Malone also played for the ABA’s Spirits of St. Louis. In two seasons in the ABA, Malone averaged 17.2 points and 12.9 rebounds per game. He was selected by the Portland Trail Blazers with the fifth overall pick in the draft when the ABA-NBA merger occurred after the 1975-76 season.

Malone once told NBA.com he would make the same decision to forego his college eligibility all over again, particularly with the larger checks the league offers:

If I were a high school senior today, with what I did in high school, they’d be paying me triple what they pay these kids now (laughing). With these kids now, you average 17 points and 12 rebounds, you can be the #1 pick. When I came out I was averaging 39 and 26 with 10 blocked shots! So they’d have to give me more.