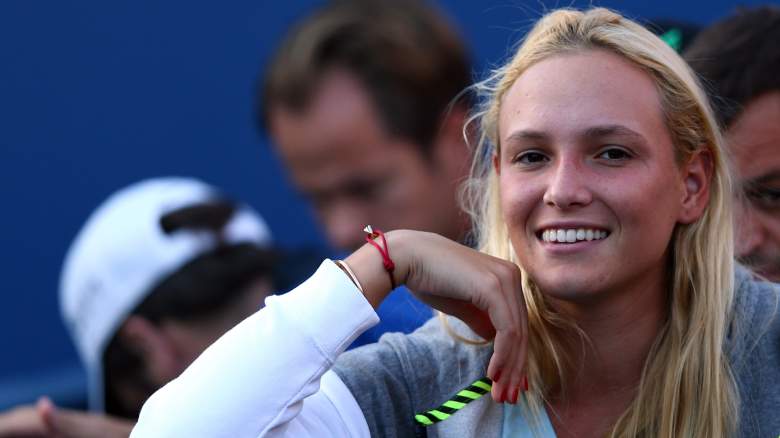 If there was a mixed doubles tournament that only allowed couples to enter, it would be difficult to find a team better than Stan Wawrinka and Donna Vekic.

That is, if they’re actually a couple. The pair of tennis stars haven’t publicly confirmed or denied if they’re dating, but rumors have been flying for quite some time, and they’re sure to keep flying as Vekic is once again in Wawrinka’s player’s box as he attempts to make his first US Open final.

Whether she’s dating the two-time major champ or not, the 19-year-old Vekic is a rising force on the WTA Tour and someone who could very well be a household name in the near future. Here’s everything you need to know about her: 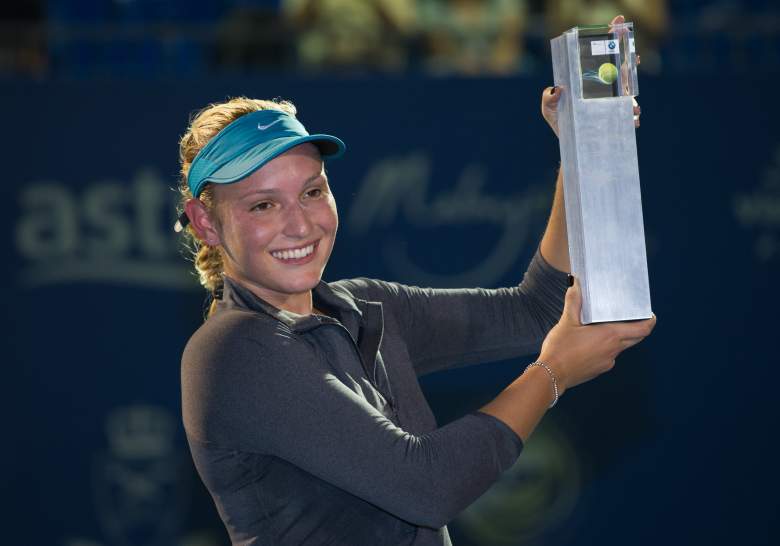 Vekic, a native of Osijek, Croatia, played her first amateur match at the age of six in 2003. Only eight years later, she had already won her first ITF title (she’s won four total), and by 2012, she became the youngest player in six years to make it to a WTA final.

After losing the first two finals she made it to, she broke through in April of 2014 when she defeated Domnika Cibulkova in three sets to win the Malaysian Open. 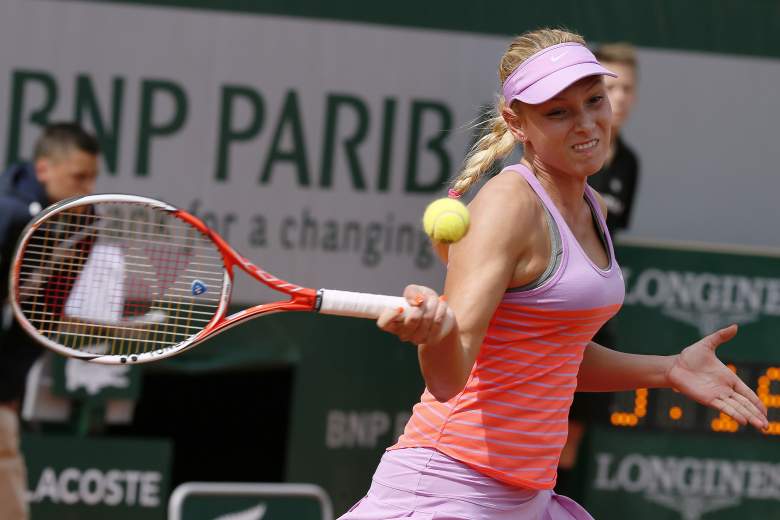 Vekic climbed as high as No. 62 on the WTA Tour in July of 2013 shortly after making it to the final at the Aegon Classic. She has since fallen outside of the top 100, but she has shown moments of promise.

At the French Open earlier this year, she advanced to the third round–a career-best at a major–before ultimately falling to Ana Ivanovic. She also beat Roberta Vinci–a semifinalist at this year’s US Open–at Wimbledon in 2014, and fought rising American star Coco Vandeweghe to three tough sets at the 2014 US Open.

3. She Has Drawn Comparisons to Maria Sharapova 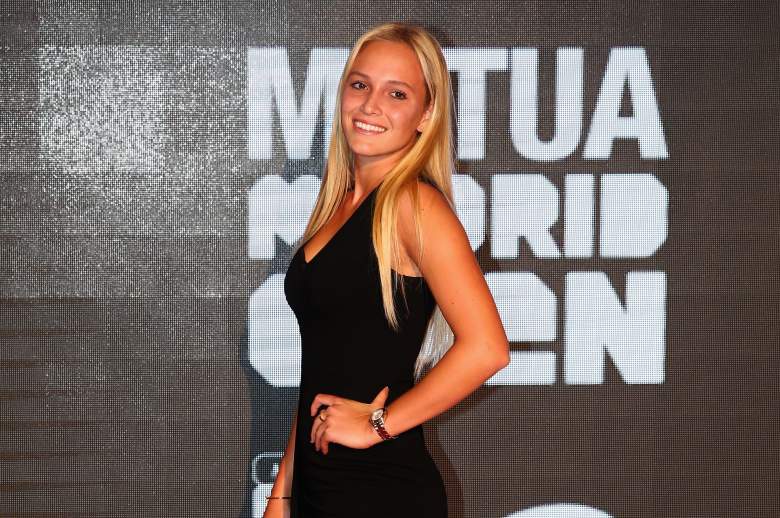 Although Vekic has acknowledged that it’s a compliment to be compared to five-time major champ Maria Sharapova, she has also stated she hopes to carve out her own path and image:

It doesn’t annoy me. It’s a compliment but I want to be Donna Vekic, not the next Maria Sharapova, or the next Caroline Wozniacki, even though I look like them a little bit.

There are a few teenagers in the top 100 now and I’m happy to be the youngest. The game is becoming more physical so you don’t get many youngsters any more – just us special ones, I suppose.

4. She Has Known Wawrinka For at Least a Couple Years 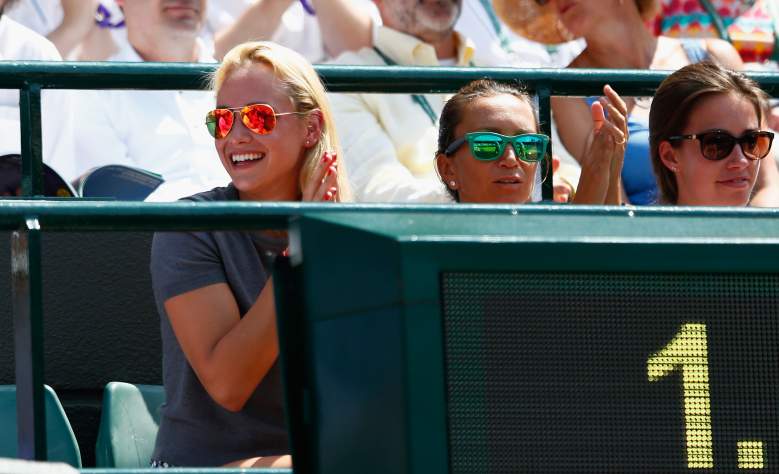 Vekic cheers on Wawrinka at the 2015 Wimbledon Championships. (Getty)

During an interview back in 2013, Vekic said she was “good friends with Stan Wawrinka and Fernando Verdasco.” She also often has playful exchanges with the Swiss superstar on Twitter.

However, the dating rumors didn’t really pick up until July, when Vekic was spotted in Wawrinka’s player’s box at Wimbledon. Just a couple months earlier, Wawrinka officially announced his divorce from Ilham Vuilloud, with whom he has a five-year-old daughter.

5. She Was at the Center of Nick Kyrgios’ Controversial Trash Talk Towards Wawrinka

During the 2015 Rogers Cup in August, 20-year-old Australian Nick Kyrgios, who has often been criticized for his brashness and immaturity, made the wrong kind of headlines when he decided to throw some trash talk Wawrinka’s way.

“Kokkinakis banged your girlfriend,” Kyrgios was heard saying. “Sorry to tell you that, mate.”

Kyrgios was presumed to be talking about Vekic, who has played mixed doubles in the past with Australian Thanasi Kokkinakis.

“I haven’t spoken to Kyrgios,” she said after the incident. “But it’s a very disappointing thing to be happening in our sport and I hope it won’t happen again because it’s not a very good image for our sport.”

Kyrgios later apologized but was fined $10,000 by the ATP. 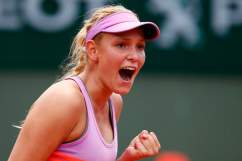 Read More
Tennis
Donna Vekic is garnering attention as she supports Stan Wawrinka at the US Open, but the 19-year-old is a rising tennis star herself.