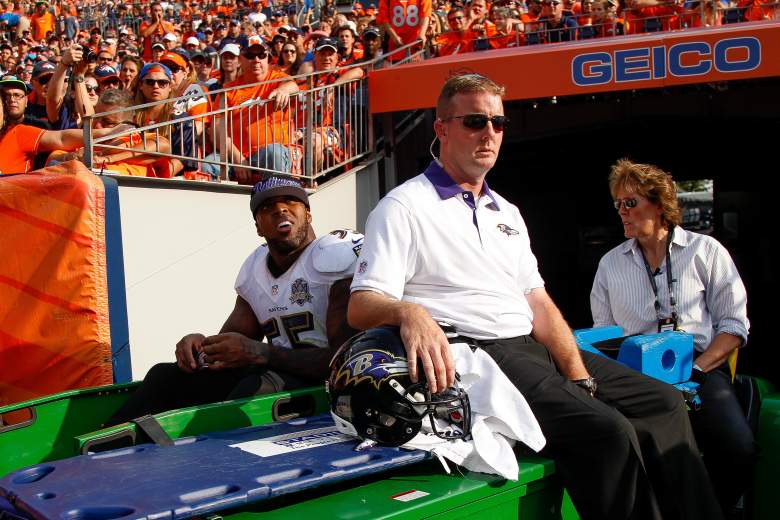 Suggs was carted off the field of the Baltimore Ravens’ season-opener against the Denver Broncos on Sunday. (Getty)

It was not a particularly good Sunday for the Baltimore Ravens. And then it got worse.

Shortly after falling 19-13 to the Denver Broncos in their season opener, the Ravens announced that defensive standout Terrell Suggs tore his left Achilles and will miss the remainder of the season.

Suggs, 32, was carted off the field in the fourth quarter. It’s a major blow to the Ravens defense who used Suggs as one of their most potent pass rushing threats. This isn’t the first time Suggs has torn an Achilles – he tore his right Achilles in the offseason he 2012.

You can check out the injury moment here:

The loss of Suggs means more playing time for Dumervil as well as more snaps for Courtney Upshaw and fourth-round pick Za’Darius Smith.