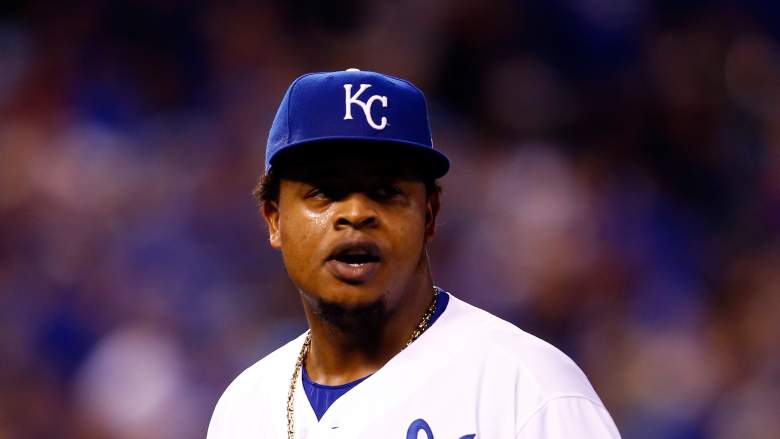 Volquez pitched six innings during Game One of the 2015 World Series at Kauffman Stadium on October 27, 2015 in Kansas City, Missouri.

It has not been an easy few hours for the Volquez family.

Just hours before Edinson Volquez was set to start Game 1 of the World Series on Tuesday night, news broke that his father, Daniel, had passed away following a long battle with heart disease.

Volquez’s wife, Roandy, was by her husband’s side after he exited the game after six innings of work in which he allowed three earned runs.

Here’s what you need to know about Roandy and her relationship with Edinson:

1. Roandy Requested the Royals Not Inform Edinson of His Father’s Death 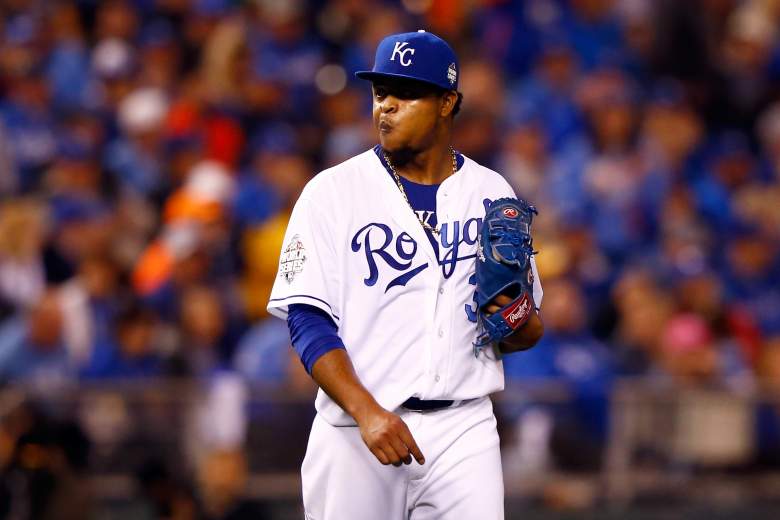 Volquez threw six innings of baseball on Tuesday night, reportedly unaware that his father had passed away. (Getty)

According to a report by FOX Sports during the eighth inning of Game 1, the network was told by Royals vice president of communications and broadcasting Mike Swanson that Volquez was not aware of his father’s death during the game.

ESPN had reported earlier that Volquez first learned the news on the way into Kauffman Stadium and elected to pitch.

However, according to in-game announcer Joe Buck, Volquez’s wife requested that the team wait to tell him about it until after he was taken out of the game.

2. Roandy Was With Edinson After He Left the Game

Edinson Volquez is w/his family right now in Royals clubhouse. Earlier today he lost his father. We send him & his family our condolences.

Volquez pitched a perfect first inning, but went on to give up three runs through three innings and exited the game after six innings of work. He quickly left the dugout and was reportedly seen with his family in the clubhouse.

There’s no word as to if Volquez is still with the team in Kansas City or if he plans to stay with the team during the course of the World Series.

This is the third time in 12 weeks that a Royals player has lost a parent. Mike Moustakas’ mother, Connie, died in August, while Chris Young’s father died in September. Young is slated to start Game 4 of the World Series.

3. The Volquezes Are Parents to Twin Girls 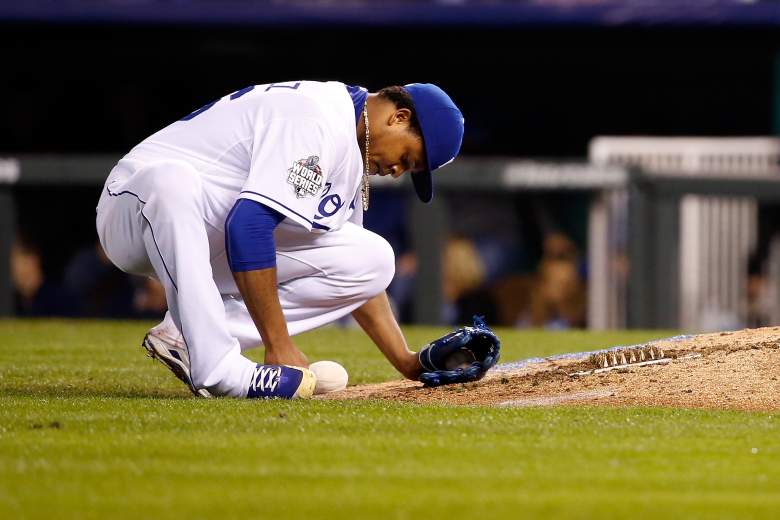 After years of trying to start a family, Edinson and his wife welcomed twin daughters in 2013. (Getty)

Roandy and Edinson welcomed twin daughters, Eylin and Aylin, on November 5, 2013. The former All-Star was still pitching for the San Diego Padres at the time.

The entire Volquez family are regulars in the stands for each one of Edinson’s starts. Even when the girls were young, they were spotted watching their dad pitching – first for the Padres, then the Pittsburgh Pirates and, now, the Kansas City Royals.

4. Volquez Claimed He Was Taking Fertility Drugs So He & His Wife Could Have a Baby When He Was Suspended for PEDs in 2010 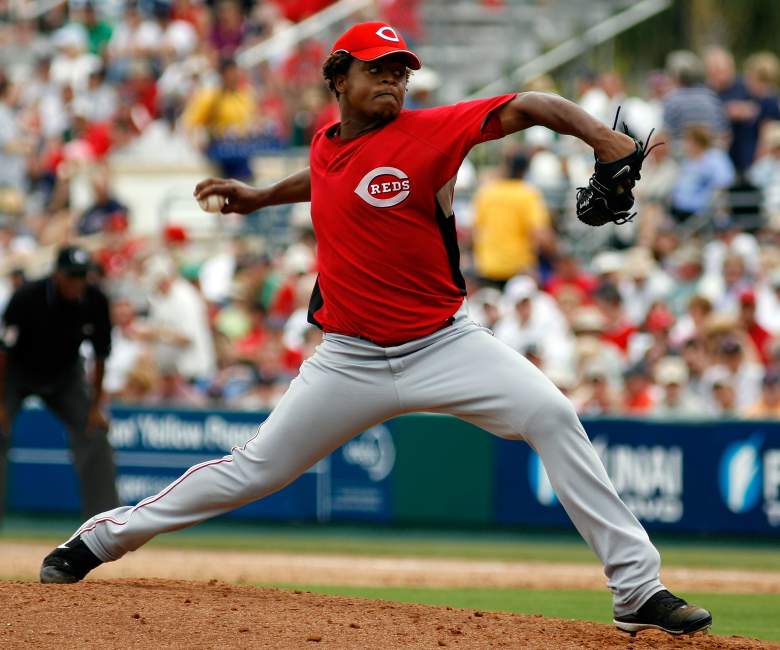 Volquez was suspended for 50 games in 2010 after he tested positive for a banned substance. (Getty)

The right-hander was suspended 50 games in 2010 following a positive test for a performance-enhancing drug. Then 26, Volquez was recovering from reconstructive elbow surgery and wouldn’t miss out on any starts, but did take a serious hit when it came to his salary.

Volquez vehemently denied the claims that he had been taken PEDs, saying that he had received a prescription in the Dominican Republic as part of a fertility treatment to start a family with his wife. He released a statement:

As a result, I tested positive when I reported to spring training. Although I understand that I must accept responsibility for this mistake and have chosen not to challenge my suspension, I want to assure everyone that this was an isolated incident involving my genuine effort to treat a common medical issue.

5. The Couple Live in Santo Domingo During the Offseason

When he isn’t throwing strikes during the course of the season, and his family isn’t in the stands to support him, Volquez, his wife and daughters call Santo Domingo home.

A native of the Dominican Republic, Volquez and his family spend at least four months in his home town, retreating to the now-large home they now own there. The couple also bought his boyhood home and while they don’t spend any time there – the house isn’t even furnished anymore – knowing that it’s still theirs is something that was important to both of them.