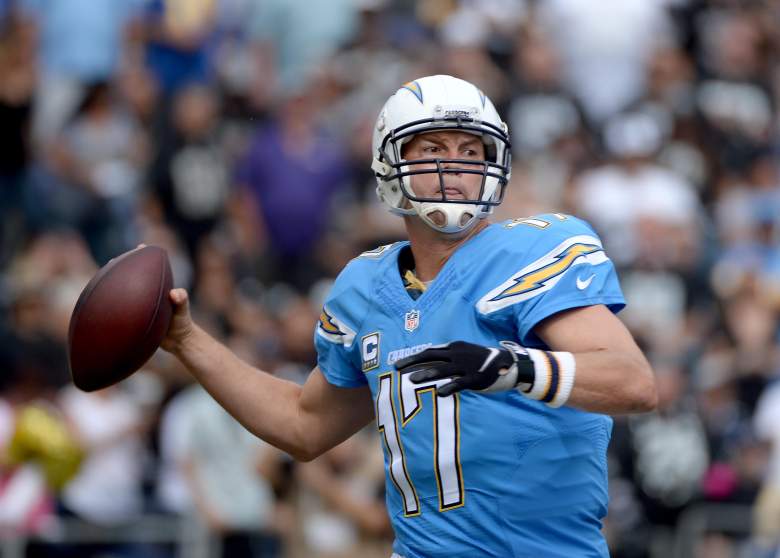 Phillip Rivers is used to throwing touchdown passes for the San Diego Chargers, but he has scored another child with a daughter being born on October 28, 2015. (Getty)

Phillip and Tiffany Rivers added to their already huge family on October 28, 2015, as they welcomed their eighth child, a daughter named Clare. This adds to their seven other children: Gunner, Sarah Catherine, Rebecca, Grace, Halle, Caroline, and Peter.

As Darrell Rovell mentioned on Twitter, there is not a lot of age difference between the Rivers children:

With the birth of his daughter yesterday, Philip Rivers now has 8 children. His oldest is 13.

When it was announced in August that Tiffany was pregnant with the eighth little Rivers, Twitter exploded:

Congrats #PhilipRivers & his lovely wife. Expecting their 8th CHILD! via @AdamSchefter I asked him about more kids https://t.co/rzGUCWnsg0

@Gil_Brandt If the Chargers move to LA, Rivers intends to stay in SD and start his own team with his family. It'll be adorable. And deadly.

Philip Rivers out here making babies. Aha number 8 is on the way. One more, he has enough for a baseball team.

As the San Diego Union-Tribune reported at the time, Philip was prepared to miss the baby’s birth so he could play in the Chargers’ game against the Jacksonville Jaguars. But Tiffany ended up not giving birth until San Diego’s bye week, allowing Philip to be there to welcome the family’s newest addition.

Asked what would happen if their baby was born while he was playing so far from home, Rivers told 10News “FaceTime, I reckon.”

In 2010, Tiffany and Philip started the Rivers of Hope Foundation, which aimed to help foster children find permanent families. The couple closed the foundation in March 2013 because they wanted to take what Philip called a “behind the scenes” approach to helping children.

Tiffany and I have seen great things happen in the last four years with the public foundation and now we want to
continue to expand our personal efforts for these purposes. It takes us out of the public eye and puts the kids center-stage.

The amazing fact in Rivers’ fertility is that the devout Catholic Phillip and wife Tiffany did not even have sex until they were married. They had dated since they were seventh graders and married when they were freshman at North Carolina State University. Philip and Tiffany were married on May 19, 2001, just after the two finished their respective first years in college. Halle was born on July 6, 2002, about a month before Philip began training camp for his sophomore season in Raleigh.

Phillip Rivers spoke on staying pure to the Chastity Project:

People are always saying “why’d you get married so young?” Well, some people wait for all the right reasons. But, you know, some people wait because “what’s getting married these days? Well, what’s getting married? She’s just finally going to live with me.” You know, but they already have everything else that you have when you’re married, and that was something that was important to us. As were were both remaining pure it was hard as ever.

Certainly, it wasn’t “oh let’s get married so that’s taken care of,” but certainly that had a lot to do with it. It’s amazing the gift you’re able to give each other when you do get married and you’ve been in this pure state and in the battle together. It’s a battle. It’s not “oh this is easy, let’s be this way, we’re good.” It’s hard every day. But when you get there you’re relieved. And what I’ve founded out is it doesn’t end when you get married. Chastity is still part of your marriage. We practice natural family planning and it can be hard as ever sometimes. But it makes us stronger and we love each other more and it allows you to love in many different ways. 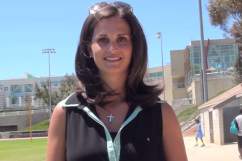