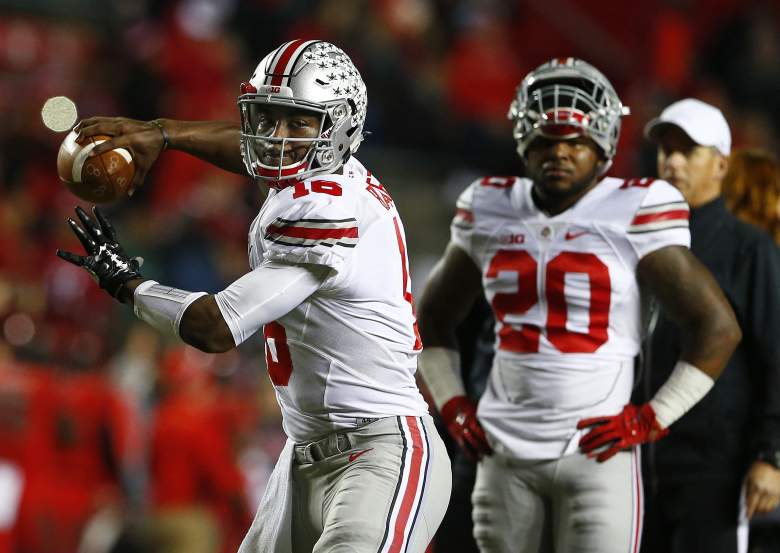 According to SB Nation, J.T. Barrett was arrested for suspicion of DUI on Friday night in Columbus, Ohio. The Buckeyes are on a bye week and play Minnesota next week. The team nor Barrett have not commented on the situation.

There is little details about where Barrett was before the arrest. According to Busted Coverage, Barrett attended a high school game earlier in the night.

Here is what you need to know about the incident:

1. Barrett Was Released to Cardale Jones 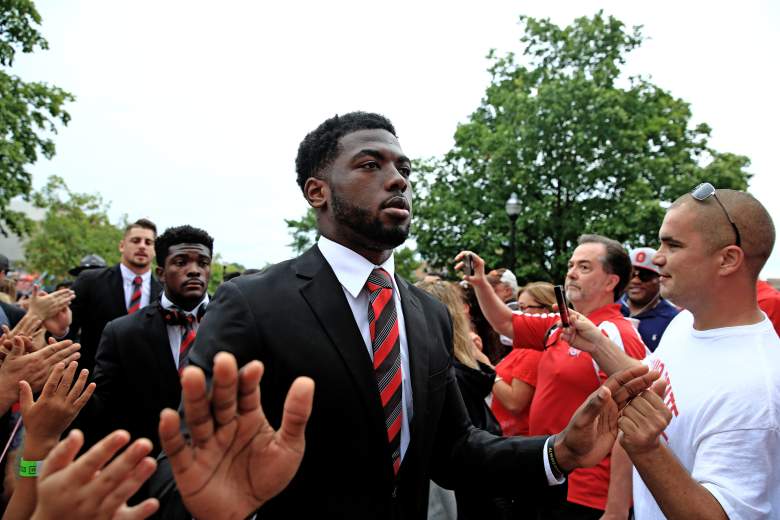 According to College Gameday, Barrett was released to Cardale Jones. No word whether Jones actually put bail money down for Jones to be released.

The two quarterbacks have been in a quarterback battle in both the offseason and regular season. They are good friends off the field.

2. His Blood-Alcohol Level Was Slightly Over the Legal Limit 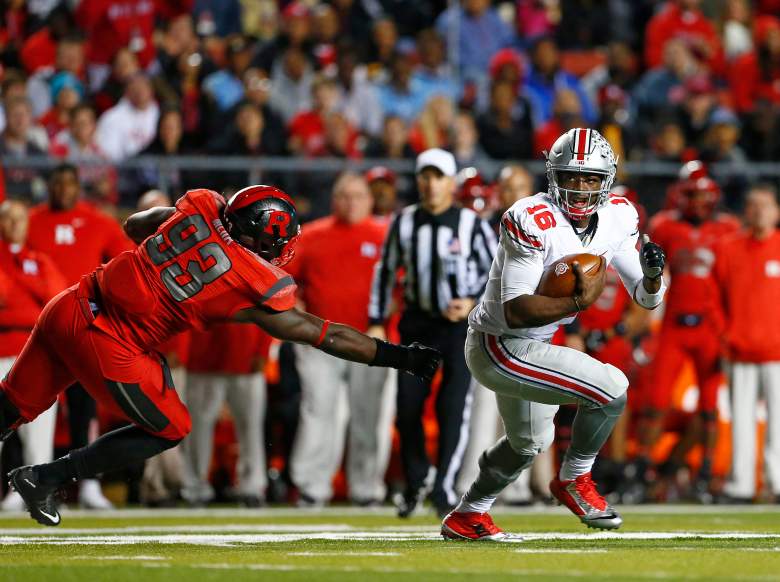 According to Eleven Warriors, his blood alcohol level was slightly above the legal limit of .08.

A checkpoint was set up near campus and police noticed someone trying to avoid it. It turned out to be Barrett, and he was arrested. Police say he cooperated with the authorities throughout the process.

3. Ohio State Has Suspended Barrett for the Minnesota Game 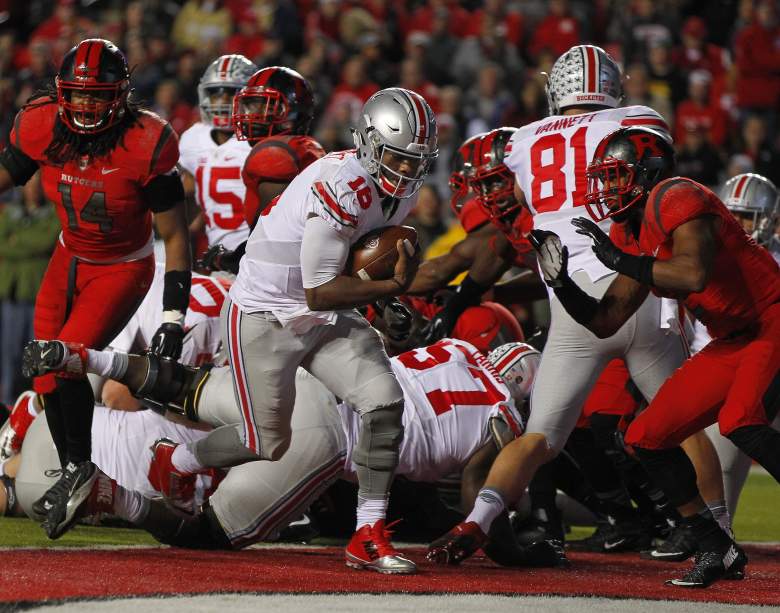 College Gameday reported that the Buckeyes have suspended Barrett for their next game against Minnesota. ESPN’s Brett McMurphy reported that Barrett will play the following week against Illinois. Ohio State is on a bye week so the news does not immediately impact this week’s slate of games.

4. Barrett Is Under the Legal Drinking Age 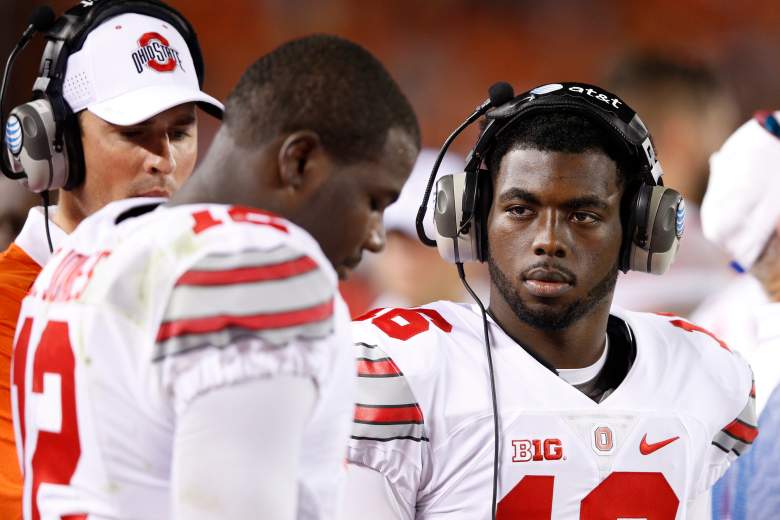 According to Eleven Warriors, Barrett is under the legal drinking age. He could be subject to a two-week suspension based on the Ohio State’s athletics drug and alcohol policy.

ESPN’s Brett McMurphy reported that Ohio State Athletic Director Gene Smith has said Barrett’s incident does not fall under this policy. The Big Lead reported that he should be subject to the suspension because the incident would count as two offenses. One for driving under the influence and a second incident for underage drinking. 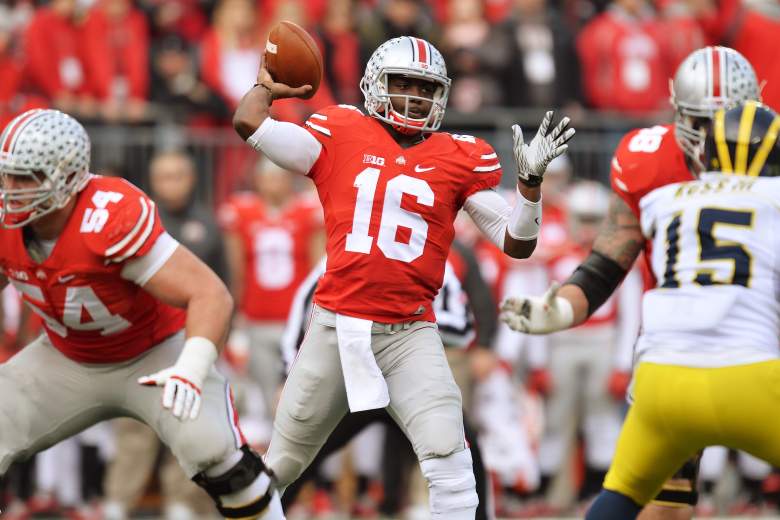 Prior to Ohio State’s bye week, Barrett was named the starting quarterback against Rutgers. Jones started out the season as quarterback, but after the Buckeyes offense was not able to gain momentum early in the season Urban Meyer decided to start Barrett.

The Buckeyes play Minnesota in Week 10 and Barrett will be eligible to play against Illinois the following week. There has been no word as to whether Meyer will reevaluate his decision to make Barrett the starting quarterback going forward. 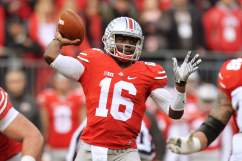 Read More
College Football, Football
Ohio State quaterback J.T. Barrett was arrested in Columbus. We have all the details on the arrest and the Ohio State quarterback position moving forward.