Lamar Odom was found unconscious at a brothel called the Love South Ranch in Nevada yesterday and things are looking grim for the former basketball star. If Odom doesn’t pull through, he’ll have left behind two beautiful children. Read on for the facts on his kids below.

Lamar Odom has a tattoo of his baby son Jayden, who died in June 2006 from SIDS (Sudden Infant Death Syndrome). Jayden was born on December 15, 2005 and his original due date was Christmas. Odom opened up about losing his son to Radar Online saying:

I still remember the day … watching [Jayden] come out, come out into the world. It was joyous, refreshing. He had really strong eyes. He would just kind of like watch me, and stare at me like he knew me from somewhere else.

He then spoke about when he found out his son had died from his baby’s mother.

Odom confessed that he still has his baby boy’s laughter saved on one of his cell phones and that he sometimes listens to the recording. 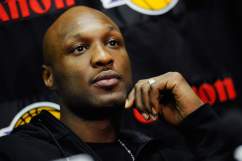 2. The Children’s Mother Is Liza Morales

Liza Morales, who hails from New York, met Lamar Odom when the two were in grade school. She has made it known that her father disapproved of their relationship because Lamar was black. Morales decided to move forward with Odom and they eventually started a family together. They had three children – Destiny, Lamar Jr., and Jayden.

After Morales and Odom broke up, Morales went on to star on the reality show Starter Wives. 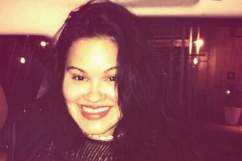 3. Khloe Kardashian Filed for Divorce from Odom Two Days Before the Anniversary of Jayden’s Death

Just two days before the anniversary of Jayden’s death, Khloe Kardashian filed for divorce from Lamar Odom. In the wake of Khloe’s removing the “Odom” from her Twitter handle, Lamar’s daughter Destiny posted online that she only ever really liked Rob Kardashian, that they had a deep relationship. According to Daily Mail, Destiny wrote:

I only really liked Rob we had deep shit and that’s all I have to say.

On the anniversary of Jayden’s passing, mom Morales posted this heartbreaking message on Twitter:

You left us early, too early. Our hearts will ache for you until we are reunited. We love you and miss you baby boy.

Morales revealed in an open letter that she and Lamar Odom never really talked about the loss of their son.

5. Destiny Has Been Vocal About Her Hatred for Her Grandfather

Joe Odom, the father of Lamar, has spoken out many times in the media, slamming the Kardashians and talking about his son’s personal life. On one occasion, Destiny became very angry and wrote this message online:

If my dad wasn’t well known Joe wouldn’t give a shit about us. I can count the number of times I’ve met Joe on my hands … He ain’t my grandpa, I dunno that fool.

Recently, Joe Odom came out to the media that he believes his son Lamar was drugged at the Love South Ranch. For more information on this and the background on Joe, check out the below link: