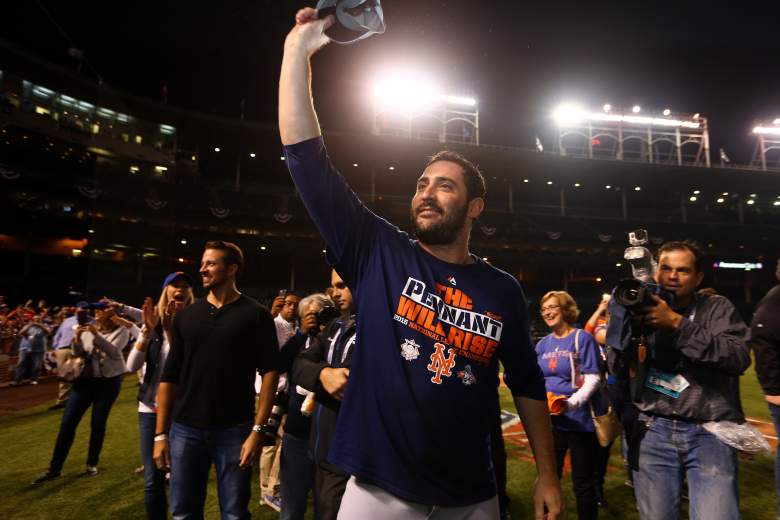 Matt Harvey has been outstanding in leading the Mets to the World Series and will start Game 1 for the Mets on October 27, 2015 in Kansas City, MO. (Getty)

After sweeping the Chicago Cubs, the Mets are in their first World Series since losing to the Yankees in 2000 and look for their first World Series win since 1986. The Mets have gotten noticed from Daniel Murphy hitting a home run in six straight games, but their pitching is what has gotten the Mets to this point. After the Mets’ four postseason starters posted a 2.82 ERA in the regular season, they have a 2.60 ERA in the postseason.

Here is the World Series rotation for the Mets:

Coming off of Tommy John surgery, Matt Harvey has been as advertised for the Mets and will be the first starter for the Mets in the World Series since Al Leiter in 2000. Harvey has 16 strikeouts in 12 2/3 innings thus far in the playoffs, winning each of his first two playoff starts of his career. He has only faced one Royals batter in his career, Alex Rios, who is 1-for-3 with a strikeout against the Mets’ ace.

Jacob deGrom has won all three of his starts this postseason and between the regular season and postseason has a 2.47 ERA in 211 innings. DeGrom has 27 strikeouts and has allowed five walks in 20 postseason innings, earning a quality start in each of his three starts. He has only faced one Royals batter in his career, Drew Butera, who is 0-for-3 with a strikeout against DeGrom.

After striking out 166 batters in 155 innings in his rookie season and holding hitters to a 1.05 WHIP, Syndergaard is 1-1 with a 2.77 ERA in the postseason. Syndergaard has 20 strikeouts in 13 innings pitched this offseason, allowing three hits over 5 2/3 innings in the NLCS against the Cubs, outpitching potential NL Cy Young award winner Jake Arrieta. He has never faced a Royals batter.

Steven Matz is the only Mets’ starter that has not won a game this postseason, but was the starter for the clinching Game 4 of the NLCS and has a 3.72 ERA in 9 2/3 innings in the postseason. Matz is the most hittable of the Mets’ young quartet, allowing 10 hits this postseason, and allowed three runs in five innings in a Game 4 loss in the NLDS. He has never faced a Royals batter. 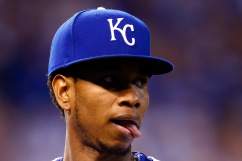