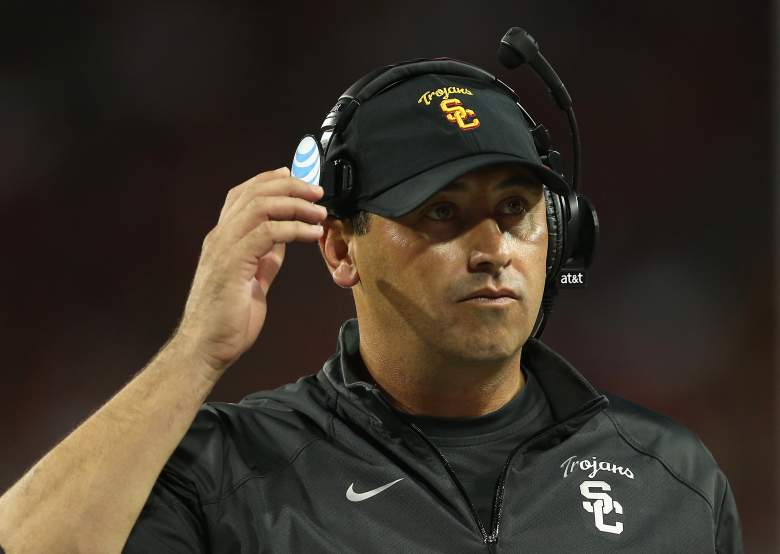 USC football is in shambles. -Getty

According to The Big Lead, USC head coach Steve Sarkisian has been put on an indefinite leave of absence. SB Nation reported that USC athletic director Pat Haden found out at 1 PM that Sarkisian had not showed up to a 12:30 practice. Haden said offensive coordinator Clay Helton will take over as interim head coach.

USC issued a series of Tweets regarding the situation:

Sarkisian was not at practice today. Haden then called him and said "it was very clear to me that he is not healthy."

Clay Helton is 1-0 as a USC head coach with a victory over Fresno State in the Las Vegas Bowl in 2013.

Inside USC reported that players noticed Sarkisian was not sober at a special teams meeting Sunday morning:

Yahoo reported that Sarkisian will seek treatment while on the absence:

Am told by multiple sources Steve Sarkisian showed up in no condition to work today & #USC brass knows he needs serious help.

There has been no official word on the timetable for the leave of absence or whether USC is considering firing him. This incident comes just months after Sarkisian showed up drunk at school pep rally.