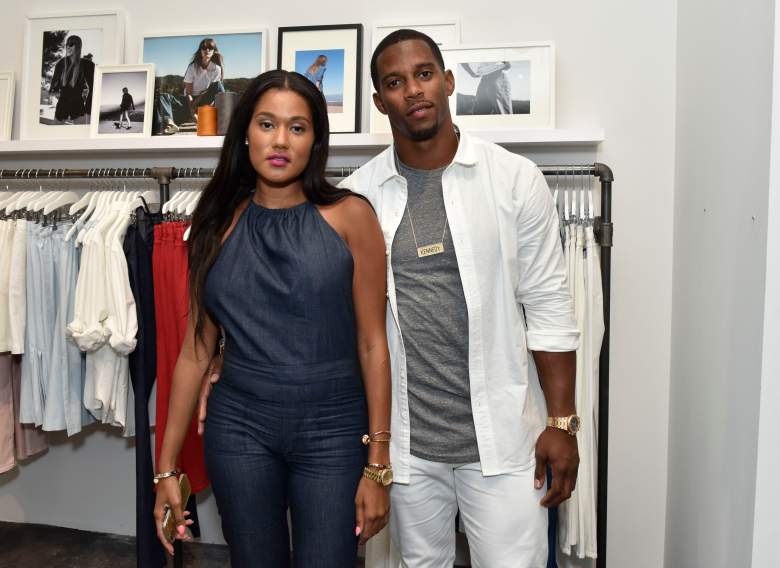 Watley and Cruz have yet to make any comment on an alleged text she sent to his mistresses earlier this week. (Getty)

Talk about some off-field drama.

According to multiple reports, Elaina Watley, the fiance of New York Giants wide receiver Victor Cruz, sent a mass text to a long list of his alleged mistresses. A screenshot of the message went public earlier this week and, now, the long-time couple is making headlines.

Neither Watley nor Cruz have yet to comment on the situation. Here’s what you need to know about the couple, their family and their careers:

1. Watley Reportedly Sent a Text to Cruz’s Mistresses This Week

The website mediatakeout.com was the first to report on the alleged text message, publishing the above screen shot of the text.

The text message was reportedly sent to a handful of girls who have been meeting with the New York Giants wideout and also to Cruz himself. Watley added in the message that Cruz, 28, has denied the existence of any of the women and even has gone so far as to call them less-than-flattering names behind their backs.

Watley and Cruz, who have been together since 2003 when he was still a struggling kid from Patterson, New Jersey, were engaged in July 2014. The entire proposal was caught on camera and made the internet rounds last summer as a visibly nervous Cruz got down on one knee to propose.

Watley took to Instagram shortly after the proposal to show off the ring. The couple are reportedly planning a summer wedding in New Jersey next year. “It’s really exciting,” Cruz told E! Online earlier this year. “We don’t want it to be a sit-down snooze fest. We want people to party. This is a wedding. We don’t get this back.”

3. The Couple Has a Three-Year Old Daughter Together 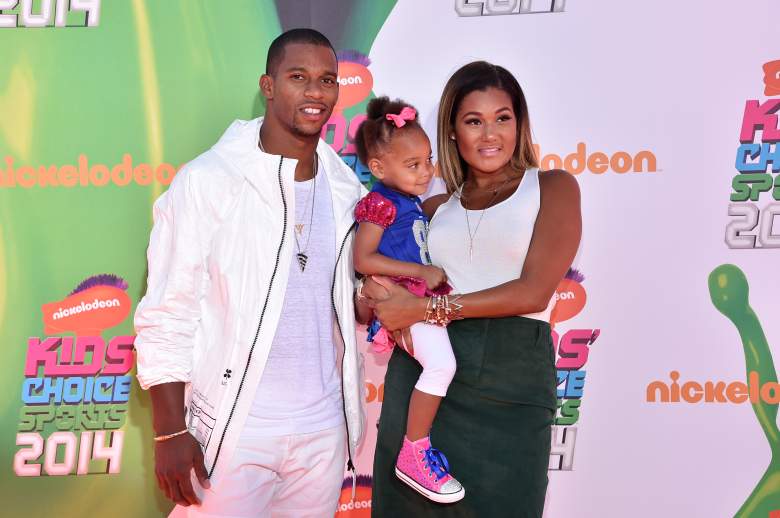 Cruz and Watley became first-time parents in 2012, right in the middle of the New York Giants Super Bowl run. (Getty0

Cruz and Watley became first-time parents in 2012, just a few weeks before the New York Giants staged an improbable Super Bowl victory over the New England Patriots, when they welcomed their daughter, Kennedy.

In fact, Kennedy’s birth came so close to the NFC championship game that Cruz was still wearing his hospital bracelet during practices that week. The New York standout told NYC media:

It was a crazy feeling, but we made it to the hospital and everything went so smoothly. It’s been an amazing feeling, and I can’t wait to raise her and teach her all the good stuff. Every time I’m out there, I’m out there running around for her and catching the ball for her, so she’s always on my mind.

Cruz has said that it is sometimes difficult to balance fatherhood and his status as a professional athlete saying, “there are times when you want to spend those nights with your daughter at home, but you have to go do work-related events or attend practice, things like that.” 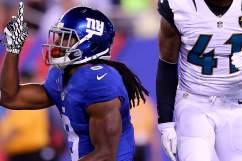 4. Cruz Has Been Sidelined By Injuries for Over a Year

Victor Cruz is a standout wide receiver who hasn’t been able to do much standing out – or standing – on the field at all this season. In fact, through week four, Cruz had yet to take a snap for the New York Giants.

Cruz went down with a knee injury early last season and was projected to return to the Giants roster this season before a lingering calf injury kept him on the sidelines. He’s been reportedly running through some individual drills in practice but has yet to actually undergo any on-field contact.

The calf has been a persistent problem, keeping Cruz out of a Week 4 matchup against the Buffalo Bills that he promised to compete in, and has nagged him enough that he actually underwent platelet-rich plasma injections to help jumpstart his recovery.

5. Watley Works as a Brand Strategist in New York City 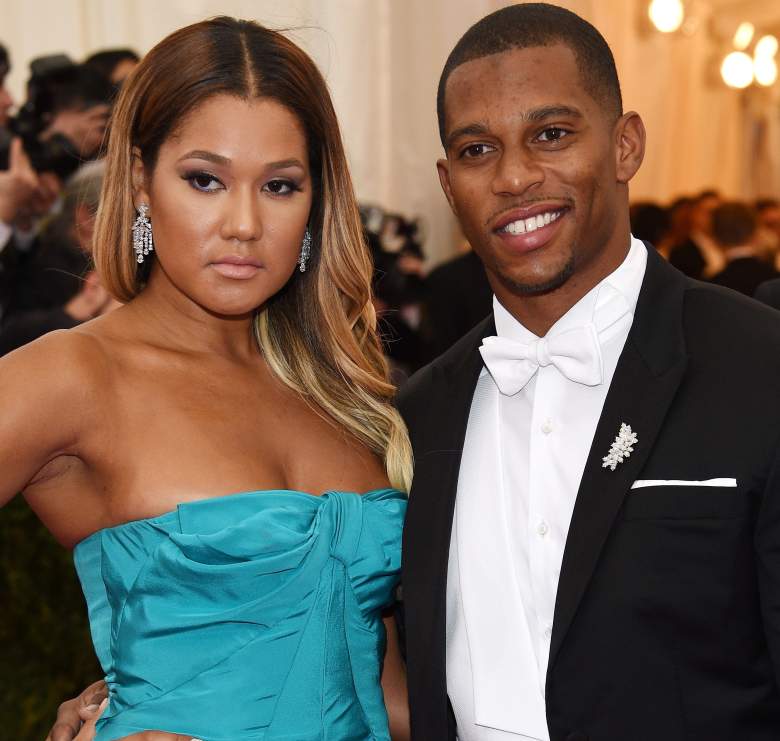 Watley and Cruz have both attend their fair share of high-fashion events, including the 2014 Met Gala. (Getty)

While Cruz has been busy working to get back on the field, Watley has been focused on her own career, working as a brand strategist in New York City.

She owned and operated her own company, Brand Infinite, which worked to help other entrepreneurs and self-starts create their own presence in the business world. When she first began Watley represented approximately a dozen athletes, including Cruz before he moved on to be represented by Roc Nation Sports.

Watley, much like her fiance, is also incredibly focused on fashion and has been spotted around the world at shwos for some of the industry’s top names. According to The Coveteur, her closet is filled with labels like CHANEL, Dolce & Gabbana and Manolos shoes. 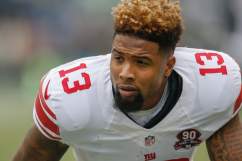 Who Is Odell Beckham, Jr. Dating?