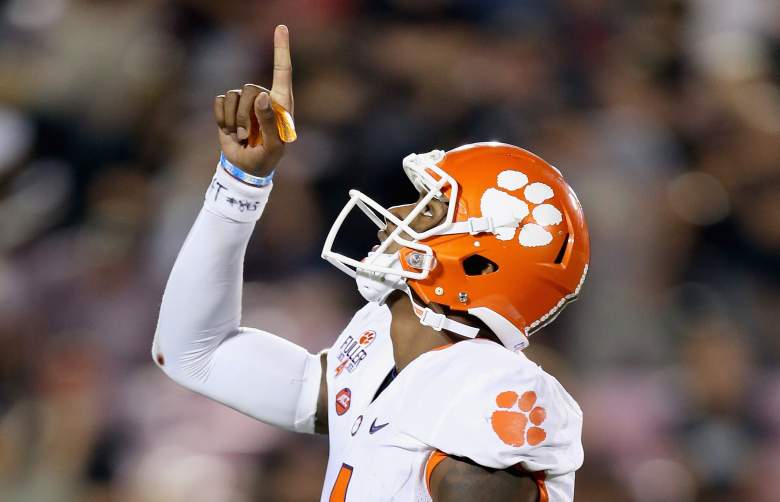 On October 3, 2015, the focus of the college football world will be on Clemson, SC, where the 12th-ranked Clemson Tigers will host the sixth-ranked Notre Dame Fighting Irish at 8PM. Previous to the game, ESPN’s College GameDay will be on the field in front of Tillman Hall at Clemson University, returning for the first time since 2013.

This is the fourth time that College GameDay will be at Clemson and the ninth time that the Tigers will be a part of GameDay. Clemson is 2-6 all-time in GameDay games, but is 2-1 when the event is held outside of Clemson Memorial Stadium.

Here is a list of Clemson’s College GameDay appearances, with games at Clemson in bold:

Alabama rolled over Clemson 34-10 in the Chick-fil-A Classic, the beginning of the Crimson Tide’s 12-0 start to the season. In Nick Saban’s first game as the head coach of Alabama, freshman Julio Jones caught a touchdown pass and James Davis and C.J Spiller were held to a combined 20 yards rushing.

Clemson lost 27-24 to the other Tigers after now-Cardinals kicker Chandler Cantanzaro missed a second FG attempt in overtime. Cam Newton helped spur the Auburn second half comeback, after falling behind 17-0, with 203 passing yards.

Geno Smith threw six touchdown passes, and ran for another, to help West Virginia rout Clemson 70-33 in the 2012 Orange Bowl. Tavon Austin caught four touchdown passes from Smith, who set the bowl record for most touchdowns.

E.J Manuel helped Florida State comeback from a 28-14 deficit, leading the Seminoles to a 49-37 win over Clemson. The two teams combined for 1093 yards in the 85 point scoring spree, as both DeAndre Hopkins and Sammy Watkins were involved in 50-plus yard touchdown plays for Clemson as well.

In a game best known for Jameis Winston’s suspension, Florida State beat Clemson 23-17 in overtime behind backup quarterback Sean Maguire and Karlos Williams’ overtime touchdown rush. Clemson had a ton of opportunities with Winston on the bench, including missing a 4th and short in overtime, but Maguire still threw for 305 yards. 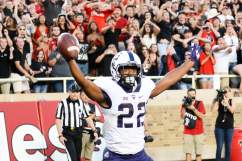