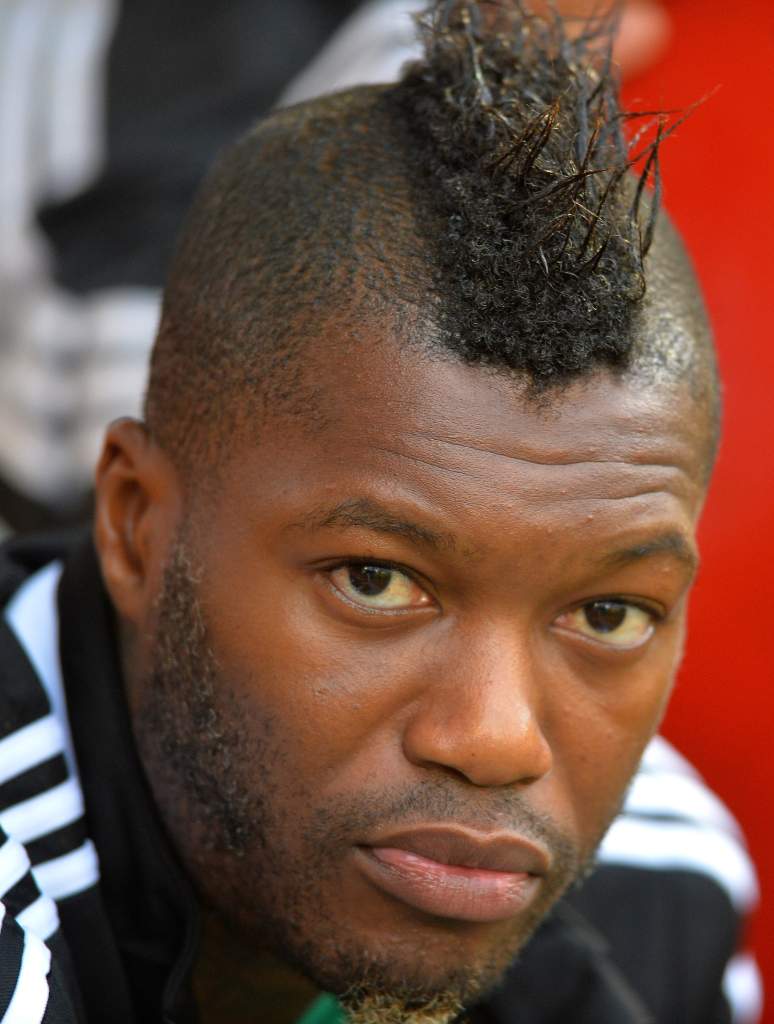 Djibril Cisse on the bench during the UEFA Europa League third round qualifying first leg match between Motherwell in 2013. Cisse was arrested last month but later released without charge in connection to a blackmail sex tape scandal against his former teammate, Mathieu Valbuena. (Getty)

Djibril Cisse, a French soccer player, was arrested last month for his suspected connection to a sex tape scandal involving fellow player Mathieu Valbuena, but he was released without any charges. Cisse and Valbuena have been teammates on France’s international team as well as at club level for Marseilles between 2007 and 2009. Now, Karim Benzema, another soccer star, was arrested today in connection to the same blackmail sex tape scandal. These allegations all relate to an investigation opened in July.

Here’s what you need to know about Cisse:

1. Cisse Was Arrested in October Along With Three Other People 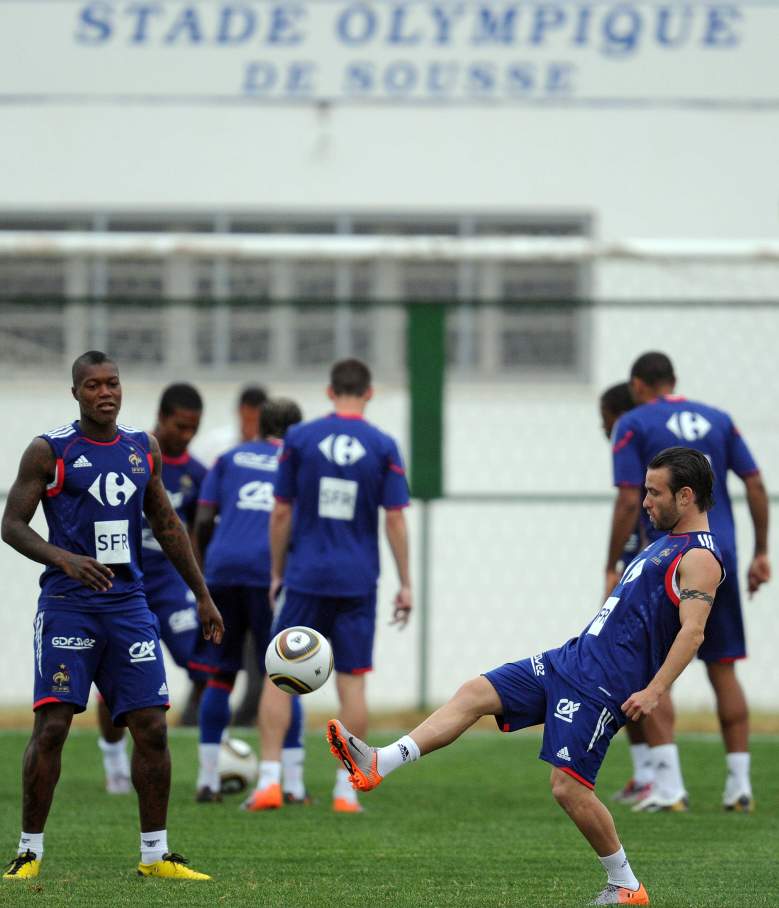 French national football team’s forward Mathieu Valbuena juggles with a ball next to Djibrill Cisse during a training session in preparation for the upcoming World Cup 2010. Valbuena and Cisse were considered friends, but Cisse was arrested in October in connection to a sex tape scandal against Valbeuna.

In October, four people, inclucindg Cisse, were arrested in connection to a blackmail plot against Valbuena. Cisse, who was detained by judiciary police in Versailles, was released without charges, according to ESPN. Apparently blackmailers were claiming they had a video of Valbuena engaged in sexual acts and wanted money or else they would release the video publicly.

Cisse has denied any allegations, “I have nothing to do with it, Mathieu is a friend of mine,” according to France 24.

French prosecutor said Cisse was questioned because he knew the others involved in the plot but he was not thought to be one of the blackmailers himself. An official added that extortion carries a minimum of a five-year sentence and this particular case involved sex footage on a mobile phone, according to BBC.

It is unclear whether the sex tape in question actually exists and who appears in the video but The Daily Mail reports it is said to feature Valbuena and a girl participating in sex acts.

2. He Has Been on Several Club Teams & the French National Team 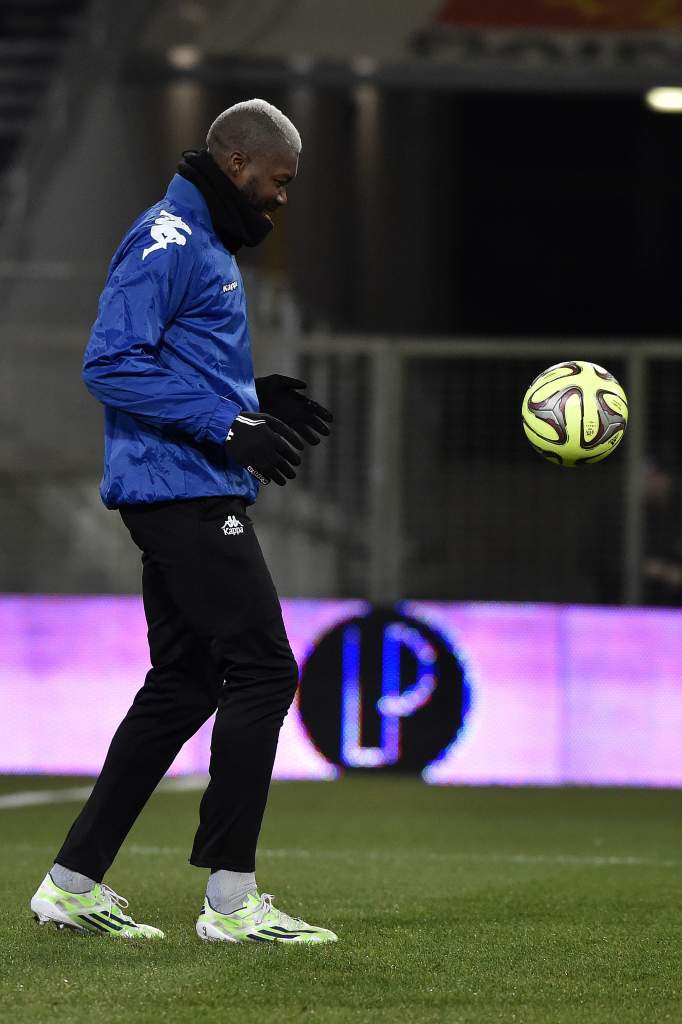 Djibril Cisse warms up prior to a football match. He has been on several club soccer teams and the French national team.(Getty)

Cisse’s professional career started at Auxerre in 1998. He eventually moved on to Liverpool in 2004 and he spent time at numerous clubs – including Marseille, Sunderland, Panathinaikos and QPR, according to Goal.

Cisse played for 12 different clubs total and made 41 appearances for France, according to the Guardian.

3. He Retired From Soccer in October 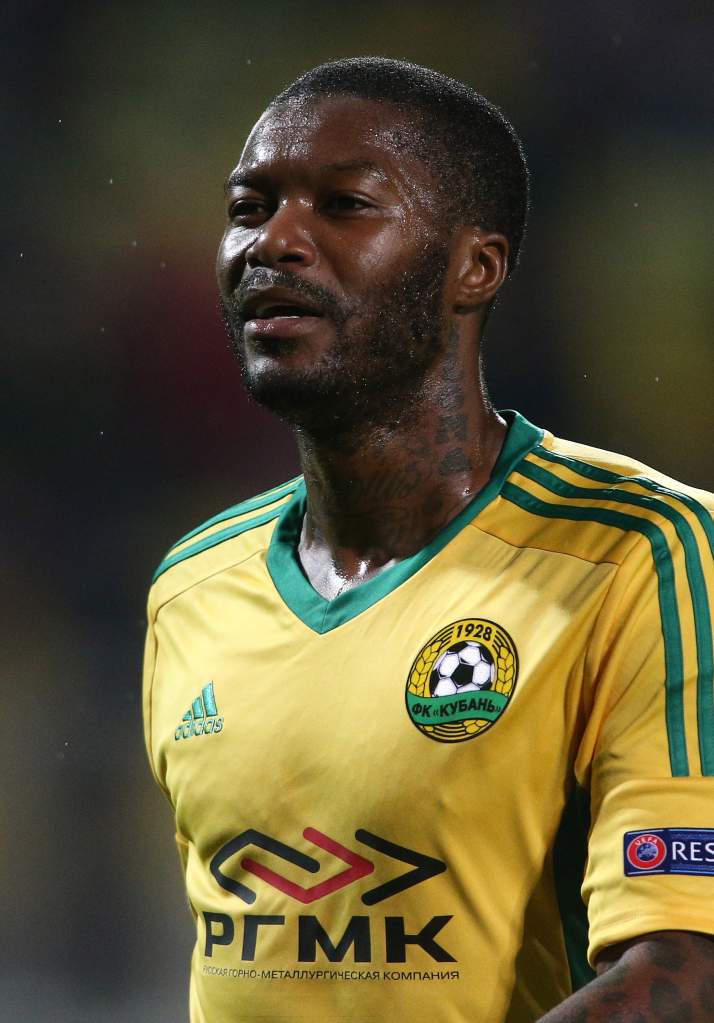 Cisse retired in October, shortly after his arrest, and told Canal+ his body couldn’t take the demands of the sport any longer. “The body says stop, now it’s over. I can’t practise high-level football.”

Now Cisse is on Dancing With the Stars in France, which is also known as Strictly Come Dancing. He was the first male star to be announced for the show’s sixth season, according to Mirror.

4. Cisse Himself Was The Victim of a Sex Tape Scandal in 2008 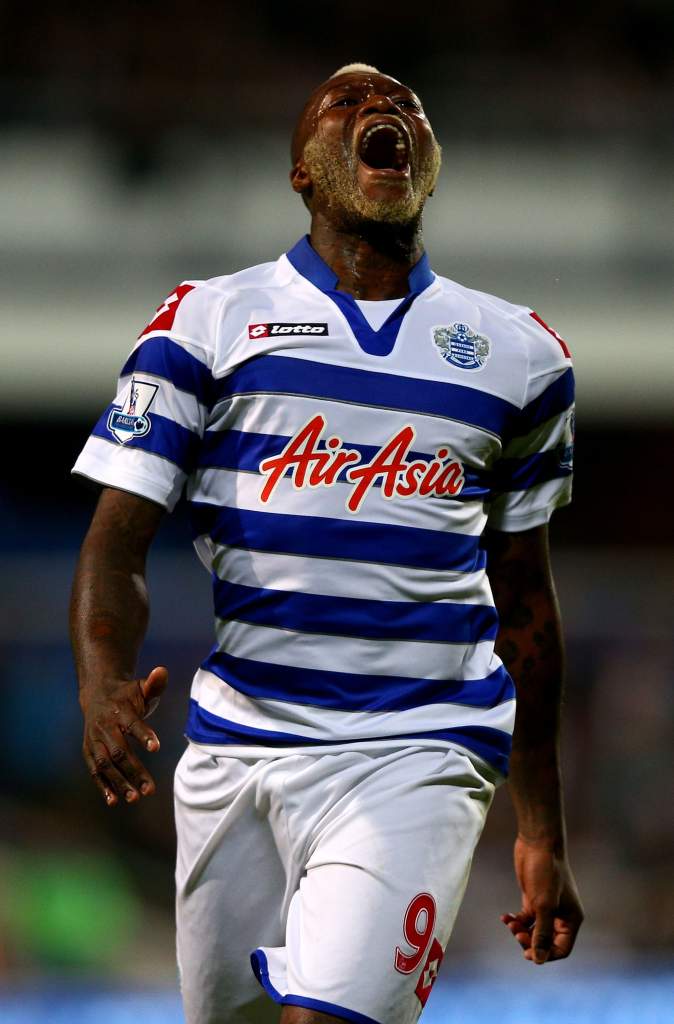 Djibril Cisse of Queens Park Rangers reacts after a missed goal chance. Cisse has been a soccer player since 1998.

Cisse was the victim of a sex tape scandal in 2008 and allegedly received numerous phone calls from a blackmailer demanding money if Cisse didn’t want to video to be posted online. He alerted police and the blackmailer was arrested, but he was found with the “first installment” on money Cisse paid to avoid the blackmail video leak, according to
The Daily Mail.

Cisse issued these complaints while he was with Marseille, which was the team Valbuena was on at the time as well.

5. Marie-Cécile Lenzini is His Girlfriend & They Have a Child Together

Cisse and his girlfriend Marie-Cécile Lenzini had a baby, Gabriel, in March, according to Wales Online.

Cisse’s ex-wife, Jude Cisse, said in an interview that, “It’s a pain that will never go away. It’s just something you learn to live with,” when talking about her divorce with Cisse that became official last October. They also have three sons together, according to Wales Online.

Cisse is actually a father of five including his daughter Ilona from an ex-girlfriend, Cassius Clay, Prince Kobe and Marley Jackson from Jude, and Gabriel from Lenzini, according to Wales Online.

Cassius is following in his father’s footsteps and signed with League One in his professional contract last year, according to Express.