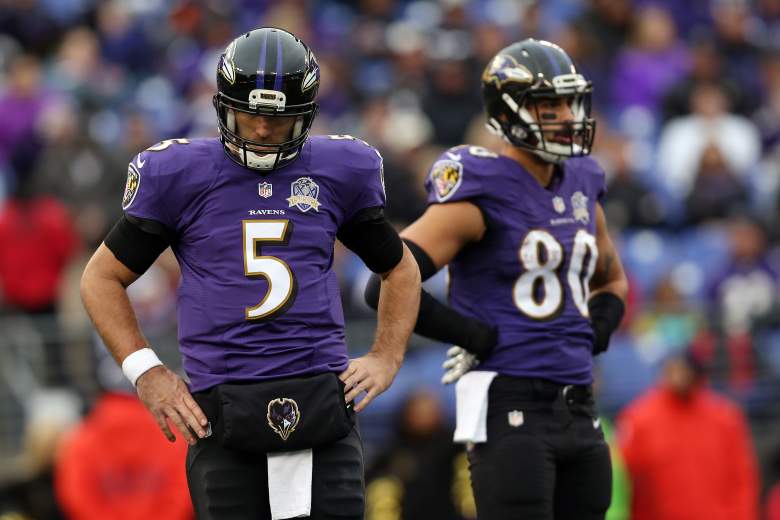 It was a difficult day for the Baltimore Ravens. Running back Justin Forsett suffered a broken arm early in the game and things would get progressively worse despite ending up with the victory. Head coach John Harbaugh announced after the game that quarterback Joe Flacco has a torn ACL and will miss the rest of the season.

RT @Ravens Joe Flacco is done for the season with a knee injury. https://t.co/5HSIQ1p140 #PlayLikeARaven

The injury occurred on the Ravens final offensive series against the Rams. He finished the game despite being injured.

The question for Ravens fans and fantasy football owners alike is who the new starting quarterback in Baltimore will be. Matt Schaub is listed as the backup quarterback on the Ravens depth chart and is expected to be the starter going forward.

Schaub has not attempted a pass in almost a full calendar year. He last played in a game on November 30, 2014 against the St. Louis Rams. He was 5-of-9 for 57 yards and an interception. It will be worth watching how Schaub can do for the rest of the season with no playing time this season.

He is not worth picking up in a standard fantasy league and should not get any consideration except in deeper two-quarterback leagues.

In addition to the injuries the Ravens suffered today, Steve Smith, rookie Breshad Perriman and Terrell Suggs all suffered season-ending injuries. It has been a difficult season to be a Ravens fan.

Matt Schaub is the new starting quarterback for the #Ravens. Sam Koch the current No. 2, but they'll sign someone, of course.