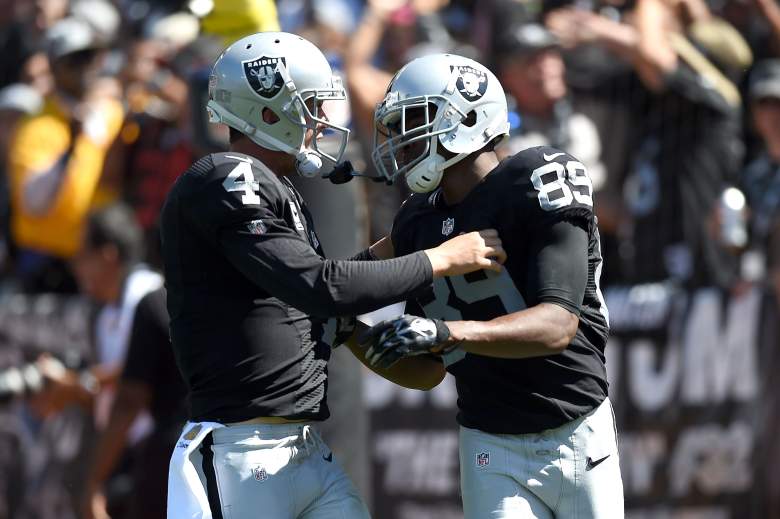 The Raiders take on the Vikings. (Getty)

The Minnesota Vikings head to the West Coast to take on the Oakland Raiders. The Vikings come in at 6-2 while the Raiders are 4-4.

Both teams have been a surprise this season in the NFL. Each team is led by a second-year quarterback and have received stellar play from a rookie wide receiver. The game gets underway at 4:05 PM ET/1:05 PM PT on FOX.

Here’s everything you need to know about this big Week 10 matchup:

Channel: FOX. To find out if the game is broadcast locally in your area, please visit this site.

Line: Oakland by 3 (Line is according is OddsShark and subject to change.)

Live stream: You can stream the game through DirecTV Sunday Ticket or internationally through NFL Game Pass. You will need a subscription to use either of these services.

Game Preview: The two teams have had surprising success this season. The return of Adrian Peterson has helped the Vikings offense. Quarterback Teddy Bridgewater has built a connection with rookie wide receiver Stefon Diggs.

Similarly, the Raiders are led by second-year quarterback Derek Carr. Carr has been playing great and has been assisted by the Raiders own rookie receiver Amari Cooper. One matchup to watch is the Raiders defensive line attempting to stop Peterson from running all over Oakland. This game should be one of the better matchups of Week 10.