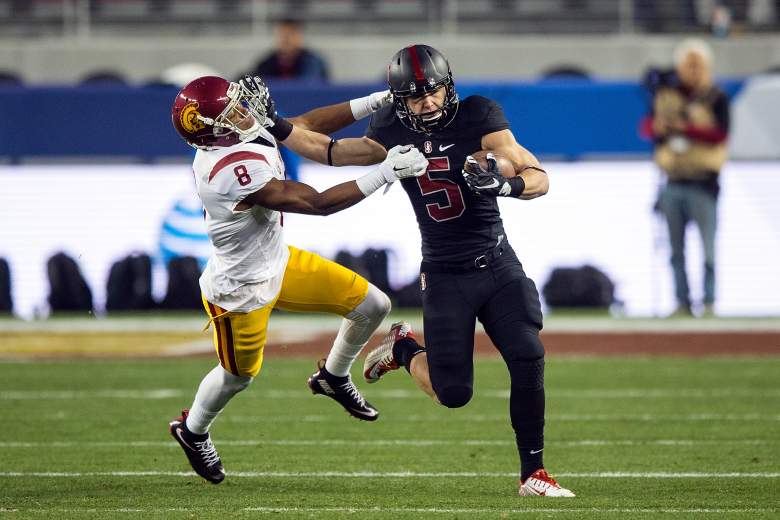 Chrisian McCaffrey is one of three finalists for the Heisman Trophy award. McCaffrey will be joined by Derrick Henry and DeShaun Watson in New York City for the award ceremony.

McCaffrey capped off a great season with one of the best performances in college football in 2015. McCaffrey had 461 total yards as well as a rushing, passing and receiving touchdown in the game.

The Heisman ceremony gets underway at 8 p.m. ET on ESPN. It is one the most unique awards in sports as past winners line the stage to welcome the new award winner.

Get to know Christian McCaffrey: 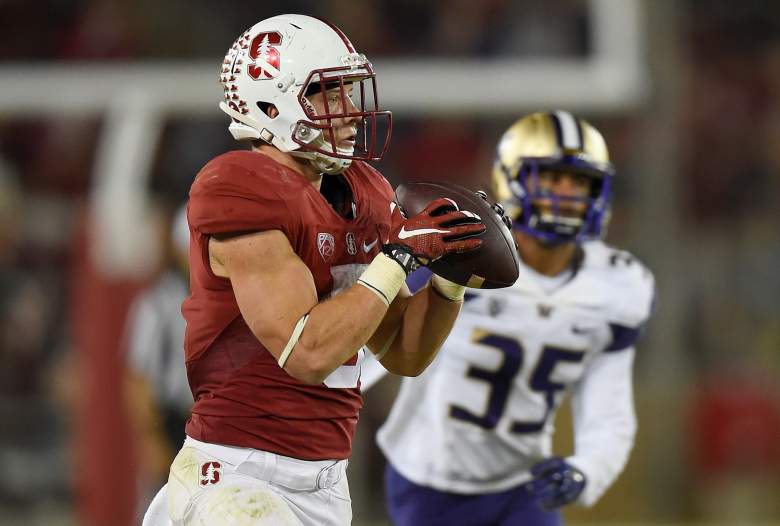 Christian McCaffrey is one of the most dynamic playmakers in college football. (Getty) 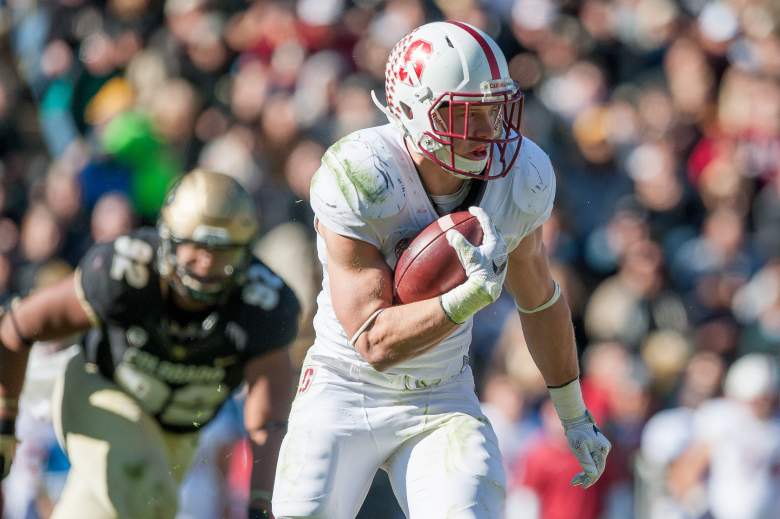 Christian McCaffrey has an NFL pedigree with his father playing in the NFL. (Getty)

He is not publicly dating anyone.

The above highlight reel was created as a promotional video by Stanford for McCaffrey’s Heisman campaign.

Here are some highlights of McCaffrey’s amazing performance against USC in the Pac-12 title game:

Here are some overall highlights of McCaffrey:

Why McCaffrey Will Win

McCaffrey ended the regular season leaving voters with a “Heisman moment” in the Pac-12 championship. He broke Sanders record for all-purpose yards. McCaffrey is the most versatile of the Heisman candidates with his impact on the rushing, passing and return game. His stat sheet fills the most categories of anyone in the nation.

Why McCaffrey Will Not Win

Henry has triple the amount of rushing touchdowns as McCaffrey does. Henry has had the media momentum for the award for the better part of two months. McCaffrey has received some buzz late, but will it be enough to sway the majority of voters? Stanford games often kickoff at 10:30 p.m. ET which means a lot of the voters do not get to see McCaffrey play as much as Henry and Watson.