The Clemson Tigers are a win away from an undefeated, national championship season.

With a win over the Oklahoma Sooners in the Orange Bowl, the Tigers have clinched a spot in the College Football Playoff Championship Game and will look for their first national title since 1981. Top-seeded Clemson is now 14-0 for the first time in school history.

And online sports apparel retailers Fanatics and FansEdge will have the newest and trendiest Tigers merchandise as Clemson takes aim at the College Football Playoff national championship.

The Tigers meet the winner of the second semifinal between Alabama and Michigan State on January 11 in the second-ever CFP title game.

In addition to the Orange Bowl champions gear, Fanatics and FansEdge have thousands of other Clemson items, including jerseys, shirts, hoodies and hats for men, women and children. Whether you’re looking to buy for yourself or for someone else, you’re certain to find exactly what you’re searching for.

All of the merchandise is officially licensed and made of the highest-quality materials.

Shop for all Clemson Tigers gear, including Orange Bowl Champions apparel and merchandise, at Fanatics here.

Shop for all Clemson Tigers gear, including Orange Bowl Champions apparel and merchandise, at FansEdge here.

Check out all the Clemson Tigers merchandise at the Amazon Fan Shop here.

Shop for all Orange Bowl gear and apparel at Fanatics here. 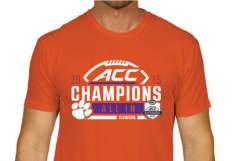 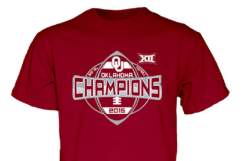