Deann Watson is a source of inspiration for DeShaun’s great play on the football field. Deann has been through a lot with her family and her perseverance has propelled DeShaun forward to succeed at Clemson.

From her battle with cancer to her work with Habitat for Humanity, Deann has an inspiring story that helps shed light on DeShaun’s humble beginnings. The two have supported each other through hard times. Deann continues to support her son by attending all the Clemson games something that would not have been possible a few years ago.

Here is what you need to know about Deann Watson:

1. Deann Sets Up a Tailgate Before Every Game

After missing many of DeShaun’s games his sophomore year of high school due to her battle with cancer, she made a promise to never miss another game. She keeps her promise by setting up a tailgate before every Clemson home game.

The tailgate serves as as gathering place for the Watson family before the games. The family is often greeted by fans but Deann noted she is a quiet person who tries to keep a low profile. 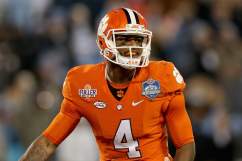 2. She Tried to Keep Her Cancer a Secret From DeShaun 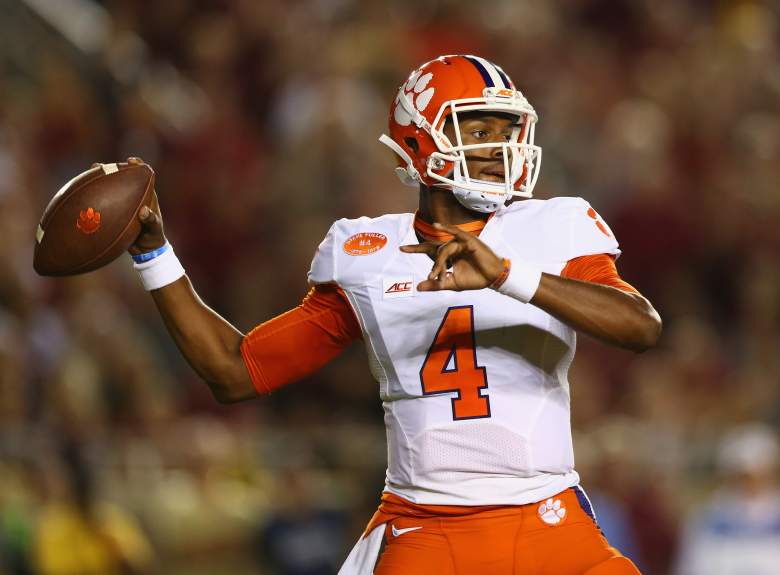 DeShaun Watson has been through a lot with his mother. (Getty)

Deann held on to the secret as long as she could. She did not want DeShaun and his siblings to worry about her. She had initially told them she was battling strep throat. He recalled the story to ESPN:

“I remember coming home from basketball practice. She told me [she had cancer], and it was just one of those moments. I started crying, but she told me everything was going to be OK, and we’d get through it together. That’s what we did.”

3. Deann Had to Have Surgery to Remove Part of Her Tongue

I am where I am today & where I am going because of my Mother!!! I love her to death & adore this woman! What she have been through is truly a blessing! Keep wait to tell her I got us! My #1 lady. ?

During the recovery process, Deann communicated with her children by writing on paper. It would take some time before she would be able to communicate again verablly. DeShaun stepped up to the challenge by transporting his siblings to and from school as well as encouraging his mother throughout the process. She has now been cancer-free for four years.

4. Deann Volunteered With Habitat for Humanity & Warrick Dunn Presented a New House to the Watsons

Deann saw a flyer for Habitat for Hummanity. They were living in government housing at the time, and she inquired about what she would need to do to meet the requirements for a new house.

She volunteered close to 300 hours and took classes as part of the Habitat requirements for new home recipients. Deann helped build other houses in the neighborhood and volunteered at a homeless shelter in addition to working her full-time job.

Warrick Dunn presented Deann and her family with the home. Dunn’s foundation provided all the furnishings for the house. DeShaun got to meet Dunn again before the ACC championship game and informed him of his desire to do similar work.

5. She Has Four Children 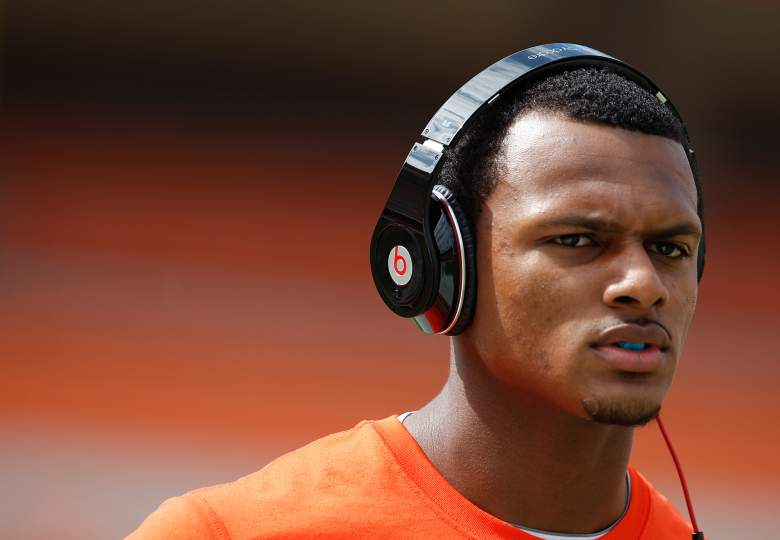 DeShaun Watson was one of four children. (Getty)

Deann was a single mother raising DeShaun and his three siblings. DeShaun has two brothers, Detrick and Tyreke along with a sister, Tinisha.

She worked as an application specialists for Gainesville Housing Authority to support her family. Big families were nothing new to Deann as she came from a family of seven. She was the only one of her six siblings to finish high school.