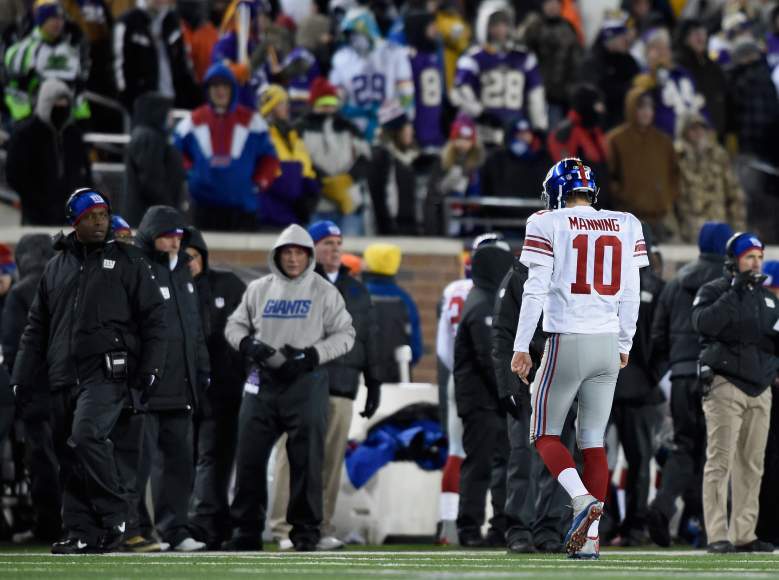 Eli Manning and the New York Giants are playing for a bit of pride and a 2016 schedule this Sunday afternoon. (Getty)

At first glance, this game doesn’t look like it matters. When it comes to playoff seedings, it doesn’t. The fate of both the New York Giants and Philadelphia Eagles is already set.

But this game does matter. Why? It’ll decide who heads to London in 2016.

Whoever wins this game will move into second place in the NFC East, meaning they’ll be able to stay stateside and avoid a matchup against the St. Louis Rams in London next October at Twickenham Stadium. So, really, both these teams should be playing for a win.

See? There’s still meaningful football to be played. Plus, this is an Eagles-Giants game. It’s bound to get a little bit emotional. Here’s everything you need to know about the NFC East tilt, including the early-week odds via OddsShark: 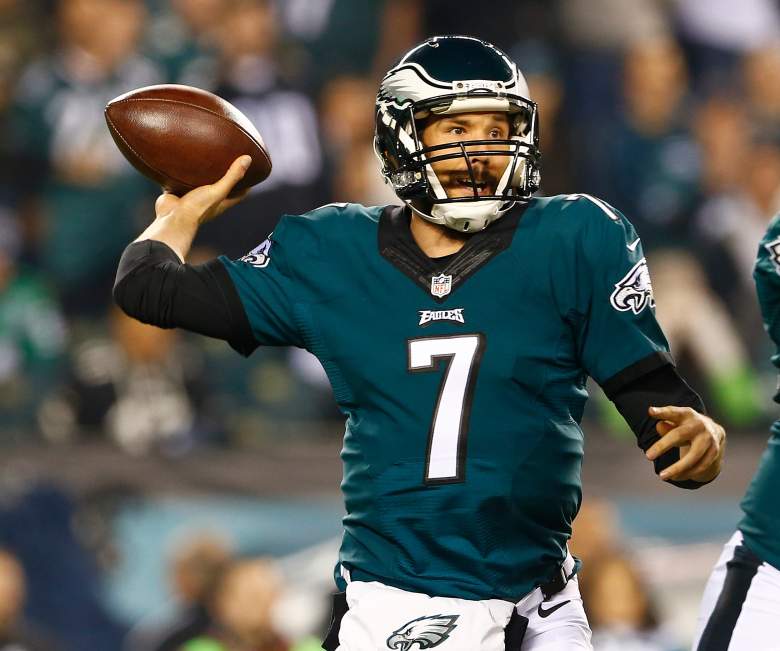 Philadelphia Eagles quarterback Sam Bradford has been up and down this year, but looking to wrap up the season on a high note. (Getty) 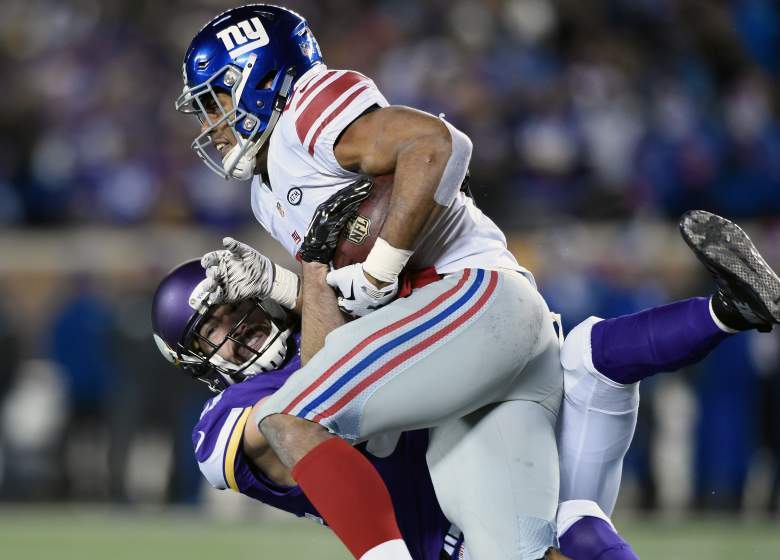 The New York Giants are hoping to wrap up the season with a win and without a coaching change. (Getty)

Is this it for Tom Coughlin?

It seems the New York Giants head coach has been on the metaphorical hot seat since he arrived on the Big Blue sidelines, but after last week’s blowout loss to the Minnesota Vikings, on national TV, Coughlin’s future is more uncertain than ever.

If we’re all being honest with ourselves however, Coughlin does’t quite deserve our football-fandom ire. At least not all of it.

Of the 46 players who suited up in New York’s most recent loss last week, eight spent time on the practice squad this season and three others were free agents signed during the Giants bye week. That’s a tough team to coach; for anyone.

That’s why the Giants may not break things off with Coughlin at the end of the season. Even if Big Blue comes up short against the Philadelphia Eagles in Week 17. Not only has Coughlin been dealt a difficult hand this year, he’s also got the support of the locker room.

“We all love him and hope to see him wherever we are,” linebacker Mark Herzlich said of Coughlin. “Wherever I am, I’d love to play for him.”

A victory this Sunday would certainly help Coughlin’s coaching stock, and maybe make the decision a bit easier for the Giants front office, but don’t be too surprised if the veteran coach sticks around, no matter what happens. 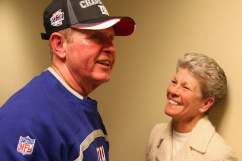