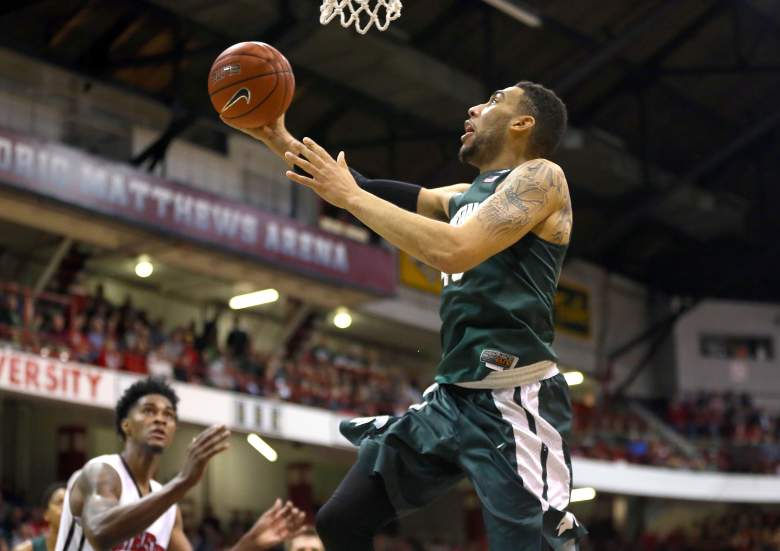 Denzel Valentine has Michigan State off to one of its best-ever starts this season. (Getty)

That was nuts, right? And fun. It was also super fun.

It also means that things here at Heavy’s NCAA basketball rankings are shaking up quite a bit. Now, Michigan State, of course, is still at the top, with the Spartans matching their best-ever season start last week. But what about some of our other top five teams from last Monday? The Dukes and the Kentuckys of the world who both lost neutral court games to non-ranked opponents?

Check out the latest AP Top 25 and USA Today Coaches Poll by clicking here as well.

See, we said it was going to be nuts. And also really, really fun. This week almost felt a bit like March and we couldn’t be any happier. Read on for the Heavy top 30:

Ok, so the Shockers lost. But it was in overtime. Against a fairly talented Seton hall team on the road. So, let’s all take this one with a grain of basketball-related salt. The loss snapped a three-game win streak for Wichita State, but Fred VanVleet still looked good with 19 points before he fouled out in OT.

The Huskies won last week, but this drop is worth it because, if we’re being frank, the Huskies should have won by more. UConn took down UMass-Lowell 88-79 at home on Saturday afternoon, shooting over 60 percent from the floor for the second straight game. A win is a win, but this win may say more about UConn’s opponent.

The Ducks offense has been good this season, but if Oregon is going to make a run at it all, this team needs to keep spreading the ball out. Right now five different players are averaging double digits, with three players averaging over 14. That’s a good sign.

Hey, welcome to the rankings SMU. Jordan Tolbert has been an absolute basket-scoring monster for the Mustangs so far this season, recording a double-double in back to back games last week. That’s a combined 38 points and 42 rebounds and SMU is off to its best start since going 10-0 to open the 1997-98 season.

It’s hard for us to drop the Bulldogs down as much as we have, but this is the hand we’ve been dealt. After falling to UCLA at home on December 12, Gonzaga bounced back with an 86-79 victory over Tennessee. It’s good, but it’s not quite as good as other teams on this list.