The Denver Broncos are once again the kings of the AFC.

With a victory over the New England Patriots in the AFC Championship Game, the Broncos punched their ticket to Super Bowl 50, their first appearance in the “Big Game” since 2013.

Peyton Manning and the rest of the Broncos are looking for their first Super Bowl title since 1998 when they face the Carolina Panthers on February 7 at Levi’s Stadium in California.

And now you can get the newest and trendiest Denver Broncos NFL Playoffs gear at online sports apparel retailers Fanatics, FansEdge and the NFL Shop. Pick up an AFC Champions T-shirt or a hoodie so you’ll be ready to cheer on the Broncos in SB50.

Click here to visit the Broncos team shop at Fanatics to get the latest AFC Champions and Super Bowl apparel.

Each site has thousands of Broncos items, including jerseys, shirts, sweatshirts, hats, jackets and collectible memorabilia for men, women and children.

All of the products are officially licensed by the NFL and made of high-quality materials.

Here are some of the best Broncos AFC Champions and Super Bowl 50 gear available right now:

The Denver Broncos are in the Super Bowl for the first time since 2013. The Broncos were the NFL champs in 1997 and 1998 and have their sights set on another title when the Big Game kicks off on February 7. Show support for your favorite NFL team with a new hoodie, T-shirt or hat from Denver’s AFC Championship Game victory. 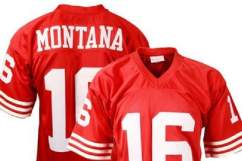 The Denver Broncos are the best in the AFC. And you can let everyone know who you pull for with this AFC Conference Champions men’s T-shirt. The charcoal colored shirt is made of 80 percent cotton and 20 percent polyester and features bright graphics of the Broncos logo. Click here to get the women’s shirt and click here to buy the men’s shirt in long sleeve. The shirt also comes in youth sizes, click here to see the youth shirt.

The shirt says it all: The Broncos do run the AFC. The long sleeve men’s T-shirt comes in navy and is made of 78 percent cotton and 22 percent polyester. Show everyone who you cheer for in the AFC.

Celebrate the Broncos’ AFC Championship win with this pullover men’s hoodie. Made of 80 percent cotton and 20 percent polyester, the orange sweatshirt features a front pouch pocket and a hood with a drawstring, and is perfect for cooler temperatures.

Let everybody know who you’ll be pulling for in Super Bowl 50 with the Denver Broncos AFC Champions adjustable hat by New Era. The structured fit, curved bill hat is made of 100 percent polyester has an adjustable strap in the back so it’s one size fits most. A perfect accessory for your new Broncos outfit.

Show your loyalty to the Broncos with this Fanatics Authentic limited edition framed collage of Denver’s AFC Championship victory. The collage measures 15 inches by 17 inches and will include a piece of a football used in the win over the Patriots. Only 250 will be made. It’s perfect for the office or home.

Look stylish and show support for your Broncos wit the women’s AFC Champions long sleeve T-shirt from Alyssa Milano. Featuring a boat neck and screen print graphics, the navy shirt is made of 60 percent cotton and 40 percent polyester.

Celebrate the Broncos’ second conference title in three years with the AFC Champions men’s T-shirt. The 100 percent cotton shirt comes in color navy and is made by Nike.

Stay warm this winter with the Broncos AFC Champions knit hat. The hat is 100 percent acrylic and features a pom on top and is one size fits most. It’s an ideal accessory for winter and any Broncos fan.

The Broncos ran through the AFC West in 2015-16, their 5th-straight division title. Celebrate the Broncos clinching and reaching the playoffs once again with the AFC West Division Champions T-shirt by Nike. Made of 100 percent cotton, the navy blue short sleeve shirt is officially licensed and features a crew neck.

Another Super Bowl title is within reach for the Broncos and you can let everyone know who you’re rooting for with this AFC Champions polo by Cutter & Buck. Made of 100 percent polyester, the navy polo has embroidered graphics and a placket with three buttons.

Enjoy your favorite drink during the Super Bowl with the Broncos AFC Champions 16 ounce glass. The glass features printed graphics, including the Broncos and Super Bowl 50 logos.

The AFC is officially “Broncos Country” as Denver won its second conference title in 3 seasons. Next up: Super Bowl 50. This 100 percent cotton men’s navy sweatshirt features a front pocket pouch, a hood with drawstrings and screen print graphics. The hoodie is a perfect weight for moderate temperatures. 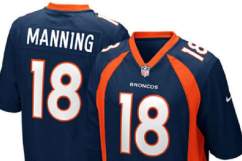