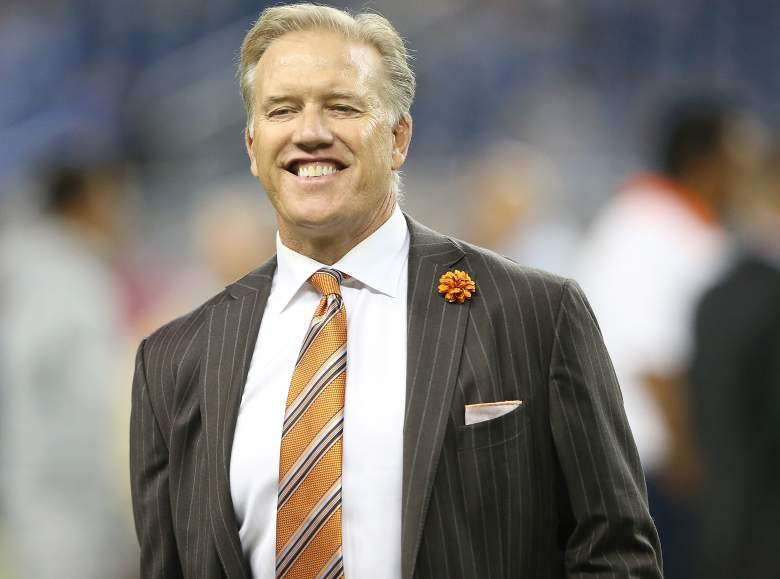 John Elway was born on June 28, 1960, in Port Angeles, Washington. He starred in both baseball and football at Granada Hills High School in Los Angeles, and went on to play college football at Stanford, throwing for more than 9,000 yards and setting five NCAA Division I records over his four years at the school. After college, Elway played for a brief time for a New York Yankees Minor League team in 1982, but eventually decided to pursue football.

Elway, 55, was selected with the first pick in the 1983 NFL draft. The legendary signal caller went on to get nine Pro Bowl selections and appear in five Super Bowls for the Denver Broncos. He was elected to the Pro Football Hall of Fame in 2004, and continues on to this day as a prominent figure in the Broncos front office.

Find out everything you need to know about John Elway right here.

1. John Elway Had a Hall of Fame Career With Denver and Is Widely Considered One of the Best Ever 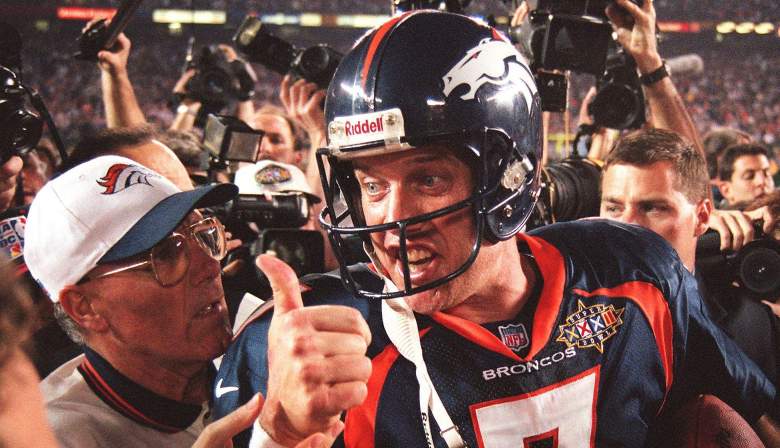 Elway had an uncanny ability for a quarterback at the time. He was both a pocket passer with a rocket arm, and he also had the ability to scramble and be mobile. In the early part of his career, he really helped the Broncos to emerge from NFL doormats into one of the best teams of the 1980s. He led the Broncos to the Super Bowl in 1987 and 1988. He was also named the NFL MVP of the 1987 season, throwing for over 3,000 yards and 19 touchdowns to go along with 12 interceptions. The Broncos, however, were defeated in both of the 1980s Super Bowls, and after losing for a third time in 1990, a blow out at the hands of the San Francisco 49ers at Super Bowl XXIV, Elway started to earn a reputation as a quarterback who couldn’t win in the big game.

Elway compiled 51,475 career passing yards, second in NFL history at the time of his retirement in 1999, and 300 touchdowns, which ranked third all-time. A nine-time Pro Bowl selection, he earned a berth in the Pro Football Hall of Fame in 2004.

2. He Finally Won His First Super Bowl in 1998 in His Fourth Trip 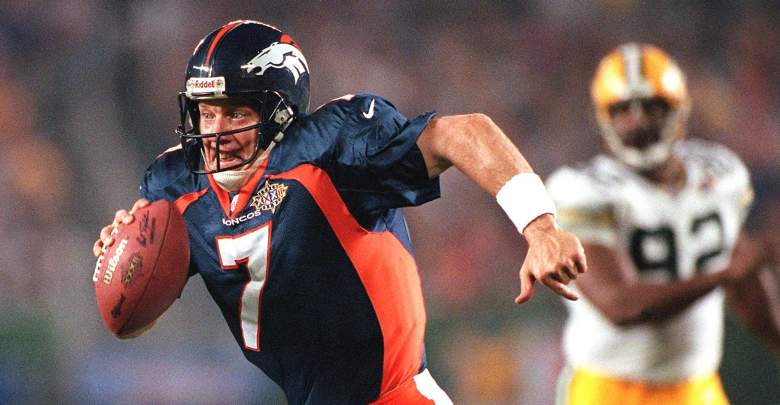 In his twilight years on the gridiron, with and improved supporting cast including running back Terrell Davis helping to shoulder the burden, the Broncos held off the Green Bay Packers, 31-24, in Super Bowl XXXII in January 1998 to give the quarterback his long-awaited ring. It was a contest that some called the best Super Bowl ever played to that point. Elway is remembered for his famous helicopter slide that helped the Broncos clinch the championship, shown below.

The following year, Elway overwhelmed the Atlanta Falcons with 336 passing yards and a rushing touchdown to claim his second straight title and Super Bowl MVP honors. He announced the end of his 16-year career just a few weeks later. It was a storybook ending for the Denver icon. 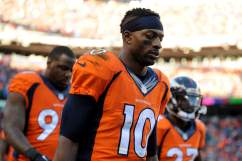 3. He Is Married To Paige Green, Former NFL Cheerleader 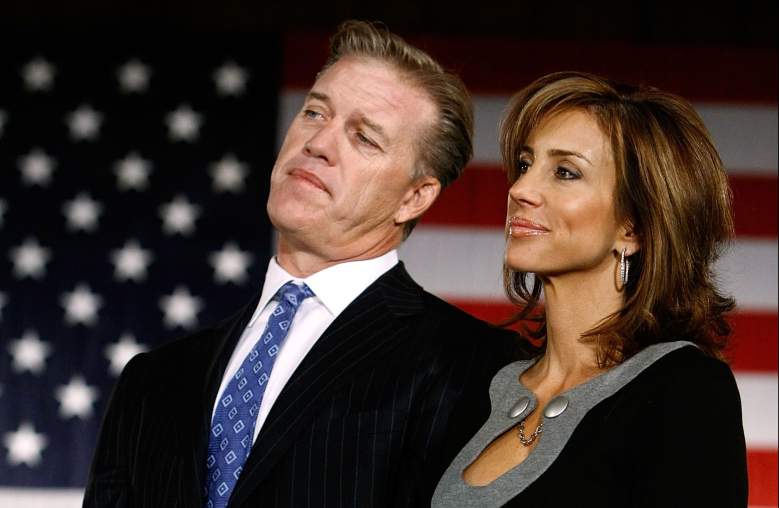 John Elway has been married twice. He met his first wife, Janet Elway (nee Buchan) while they both attended Stanford. Janet was on the Cardinal swimming team; the two got married shortly after Elways entered the NFL, in 1984. Over their 18 years of marriage couple they had four children: Jessica, also a Stanford graduate, Jordan, who graduated from Regis University, Jack, who attended LSU, and Juliana. The couple separated in 2002 and divorced a year later.

Elway then met his next wife, Paige Green, who was a former Raiders cheerleader. The couple met in 2005 at Marcus Allen’s golf tournament in Los Angeles, and she moved to Denver shortly afterward to be closer to him. Elway proposed in September, 2008 in Venice, Italy and they got married on August 29, 2009 in Coeur d’Alene, Idaho. 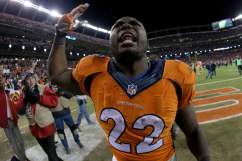 4. His Son, Jack, Was Arrested in 2014 For Domestic Violence

Elway’s son, John Elway III, also known as Jack, was arrested in May 2014 for alleged domestic violence against his girlfriend. According to the police report, Elway’s girlfriend claims she was having a verbal dispute with him around 1:40 a.m. on May 31, when he stopped the car and things got violent.

“Elway got out and proceeded to pull [victim] out of the vehicle by her hair causing her hair extensions and some of her real hair to be ripped out.”

She said she attempted to stand up and get back in the car, but Elway “pushed her down to the ground again.”

Jack’s girlfriend also claimed she suffered scrapes on both of her knees. Elway was arrested for disturbing the peace and assault, and bail was set at $550. His father picked him up from jail. Elway III was a former college quarterback for Arizona State University before quitting the team in 2009. 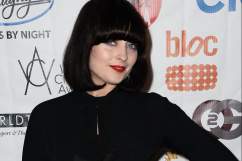 5. He Was Named the Broncos’ Executive Vice President of Football Operations in 2011 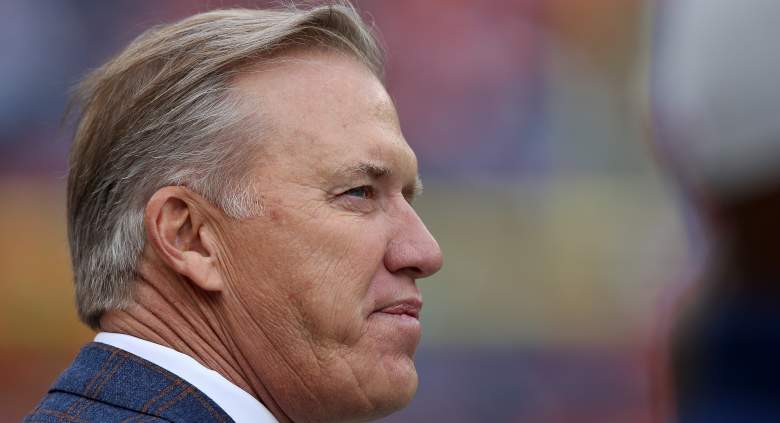 In early 2011, John Elway began the football executive chapter of his life. The Broncos named him Executive Vice President of Football Operations, a position that game Elway have final authority over the Broncos’ football operations. Denver Broncos Owner and Chief Executive Officer Pat Bowlen explained why the team decided to go with their former franchise quarterback in such a role:

“John Elway’s leadership, competitiveness and passion for the Denver Broncos will position this team for long-term success through his work leading our football operations,” Bowlen said. “John has won championships as both a player and executive, and his experience will be a valuable addition to this franchise. He is the perfect fit for this role, and I am excited to welcome him back to the Denver Broncos.”

In early 2014, the Broncos rewarded Elway with a three-year contract extension, and also tacked on a General Manager title to his current position. The new deal gave Elway a four-year deal that runs through 2017. Under Elway’s guidance, the Broncos have had success, recruiting and signing Peyton Manning to quarterback their team prior to the 2012 season, and making it to Super Bowl XLVIII just a season later. 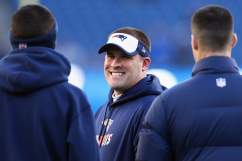