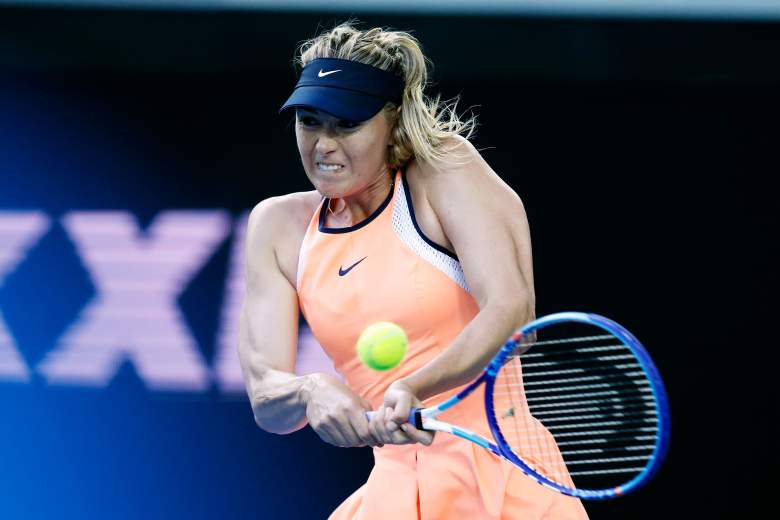 Maria Sharapova is in the midst of an Australian Open run, months after splitting with her long-time boyfriend. (Getty)

Another big-name tennis relationship is no more and, rumor has it, Maria Sharapova is back on the market.

The five-time Grand Slam champion and her long-time boyfriend Grigor Dimitrov, who was recently ranked as high as 16th in the world, went their separate ways in July 2015 after just over two years together.

Maria Sharapova and Grigor Dimitrov have split up after dating for over two years. http://t.co/ybzFh9JpQt pic.twitter.com/fgY9jEY0TE

Dimitrov was the first to address the split in the media, telling Bulgarian reporters in July:

Our paths split. We experienced wonderful moments together. I wish her much happiness and success in life and in tennis. Now I’m concentrated entirely on the game and I’m sure the results will soon be seen… This is the summer of the new beginning for me.

Despite announcing their relationship in 2013, Sharapova was rarely vocal about her time with Dimitrov and the pair were only infrequently spotted by paparazzi photographers throughout the years.

In fact, the relationship was, perhaps, best known for the comments it spawned. Serena Williams, who reportedly dated Dimitrov briefly before he started seeing Sharapova, referenced the pair in a less-than-ideal way during a 2013 Rolling Stone interview. The now-infamous section read:

There are people who live, breathe and dress tennis. I mean, seriously, give it a rest.” Serena exits the car and the conversation moves on to a top-five player who is now in love. “She begins every interview with ‘I’m so happy. I’m so lucky’ – it’s so boring,” says Serena in a loud voice. “She’s still not going to be invited to the cool parties. And, hey, if she wants to be with the guy with a black heart, go for it.” (An educated guess is she’s talking about Sharapova, who is now dating Grigor Dimitrov, one of Serena’s rumored exes.)

Since the split Sharapova has been up and down on the court, even withdrawing from the US Open due to a leg injury. She hasn’t been publicly linked to anyone since the breakup with Dimitrov. 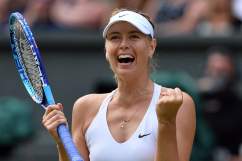 Read More
Australian Open, Maria Sharapova, Tennis
Sharapova may be a five-time Grand Slam champion, but there's still plenty of interest in her off-court life as well. Get the lowdown on her latest romances here.