There’s a big twist for this year’s Royal Rumble PPV and it’s quite the game changer.

Roman Reigns, the current WWE World Heavyweight Champion, has been forced to defend his title at the PPV by The Authority. Only this time, it won’t be within an undercard match. Reigns has to compete against 29 other men in the actual Royal Rumble match. Here’s a crazy thought – if Reigns gets thrown over the top rope, we’re guaranteed to see the crowning of a new title holder! With match entrants such as Brock Lesnar, Bray Wyatt, Chris Jericho and more, Reigns certainly has his work cut out for him.

In order to ensure that you don’t miss a bit of the 2016 Royal Rumble, we’re going to provide you with every detail on this PPV’s date, location and Kickoff/main show start times. 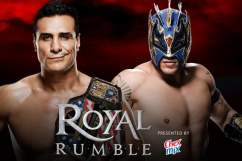 WWE Royal Rumble 2016 will emanate from the Amway Center in Orlando, Florida.

The Kickoff Show for WWE Royal Rumble 2016 will officially begin at 7 P.M. EST/4 P.M. PST. You can watch it on the WWE Network, WWE.com, the official WWE App, YouTube and several other devices/websites.

The main airing of WWE Royal Rumble 2016 will begin at 8 P.M. EST/5 P.M. PST. This is a WWE Network special event airing that will also air on PPV. You’ll be able to view it through the same means we listed above for the Kickoff show.

You’ll be able to watch Royal Rumble 2016 on PPV through the following cable providers: 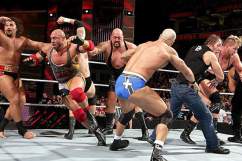