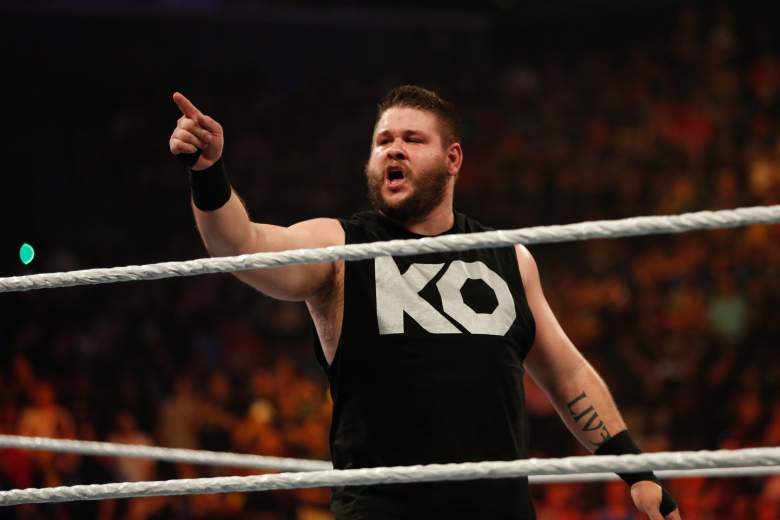 Kevin Owens is looking to stage an upset in the ring tonight, going after the Intercontinental Title. (Getty)

It’s 2016 and that means there are some changes coming to WWE Smackdown.

From here on out, the show will be broadcast on USA Network and it makes its official debut on Thursday night from Laredo, Texas. The show had previously been airing on the SyFy Network.

Originally the move had been slated for September, but was bumped back to December after the Smackdown ratings took a hit during the NFL’s Thursday Night Football slate.

As per usual, the broadcast gets underway at 8 p.m. ET, but the WWE has some special events planned for tonight’s even in the ring. Read on to check out everything you need to know about tonight, as well as a few big-time spoilers:

Preview: The WWE is pulling out all the stops for this one.

Or, at least, a good amount of stops.

They’ve already announced two title matches for the night: Dean Ambrose defending his Intercontinental Title against Kevin Owens and after each man’s performance on RAW on Monday night, this is going to be a good one. Meanwhile Charlotte is also set to defend her Divas Title against former friend Becky Lynch.

Both title matches should be good ones and gives Smackdown a chance to settle into a weekly role – the show that gives wrestlers the time to perform and also allow viewers to check out the secondary titles.

Oh, and there’s something else in store tonight. John Cena will be Smackdown tonight. That’s pretty big.

It might even be enough to draw in a few extra viewers.