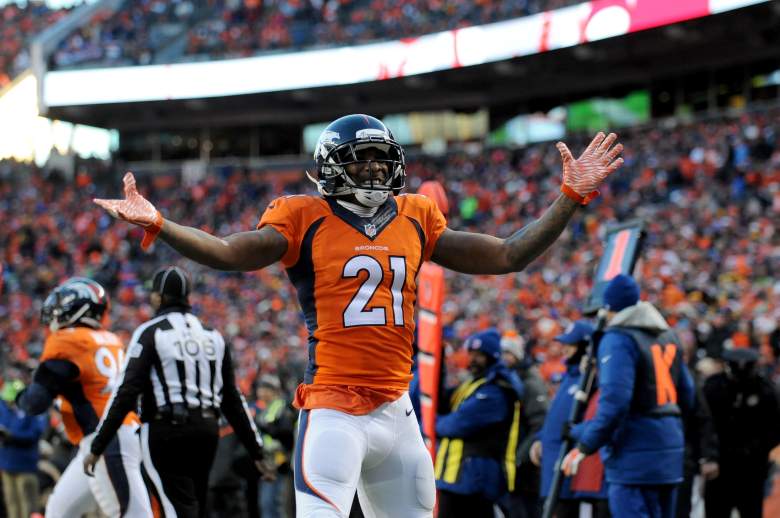 Talib has found his defensive niche with the Denver Broncos this season. (Getty)

In other words, the standout cornerback is ready for his Super Bowl moment. The former first-round pick has defied the odds, and one particularly negative middle school teacher, to find his spotlight and now that it’s here, Talib certainly isn’t going to waste it.

In a season when Denver’s defense has been the highlight of the year, Talib has emerged as a leader in the secondary, a shutdown corner that is regularly tasked with covering the opposing team’s most potent offensive threat.

But while his on-field stats are nothing short of impressive, Talib’s life away from the football field is even more interesting. Get to know the Ohio native here:

1. Talib Was a Multi-Sport Star in High School 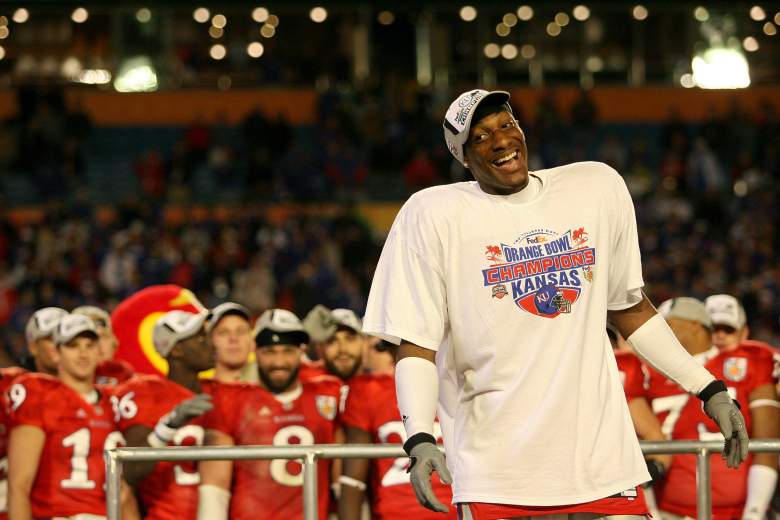 Talib was a multi-sport star in high school before opting to play football at Kansas. (Getty)

Talib has always been a dominant football player, but before he made it big in the NFL, he was actually a multi-sport athlete.

After his parents divorced hen he was eight years old, Talib moved to Richardson, Texas with his mother and lettered in football, basketball, and track. He was a standout football player as a senior, but also was a member of the 4X100 and 4X200 relay team at Bernkner High School.

Still, football was always Talib’s first love. He was rated a two-star recruit by Rivals during his senior season and was recruited by Kansas, Kansas State, Wyoming, Tulsa, Arizona and Baylor before ultimately inking his name with the Jayhawks.

2. He Always Dreamed of Playing Football in the NFL 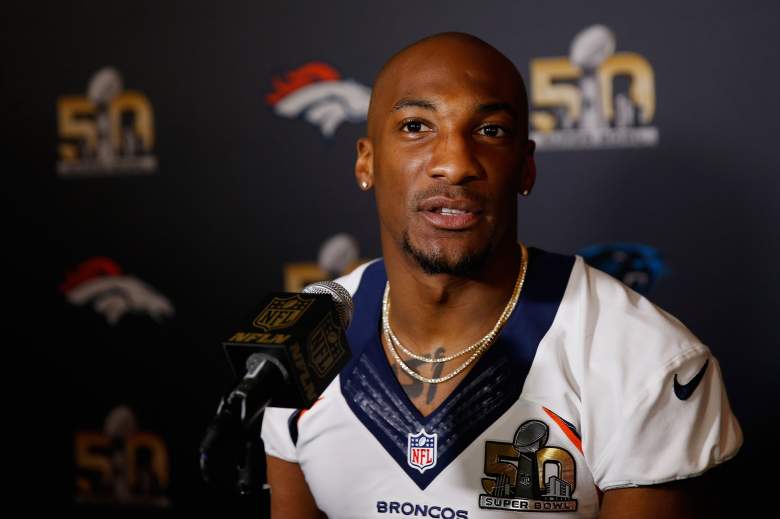 Talib discussed his dreams of playing in the NFL during Super Bowl media day. (Getty)

For as long as he can remember, Talib has wanted to be an NFL star. The only problem? There wasn’t always a lot of support. He told ESPN before Super Bowl 50:

I got in trouble in fourth or fifth grade for writing a paper on what we wanted to be when we grew up.  put an NFL player. My teacher told me we’re doing ‘really serious jobs.’ So, I said, ‘Just ’cause you’re not that talented and you’re not going to the NFL doesn’t mean I’m not going.’ Got me a little in-school suspension for that and everything.

Looks like that middle school teacher won’t likely be getting a ticket to the Super Bowl. Still, Talib can’t find it in himself to be bitter about the moment.

Shortly after sharing that middle school tidbit, he pointed out the $80,000 Rolex watch he was sporting. He seems to be doing alright for himself.

3. Talib & Long-Time Girlfriend Are Set to Be Married This March 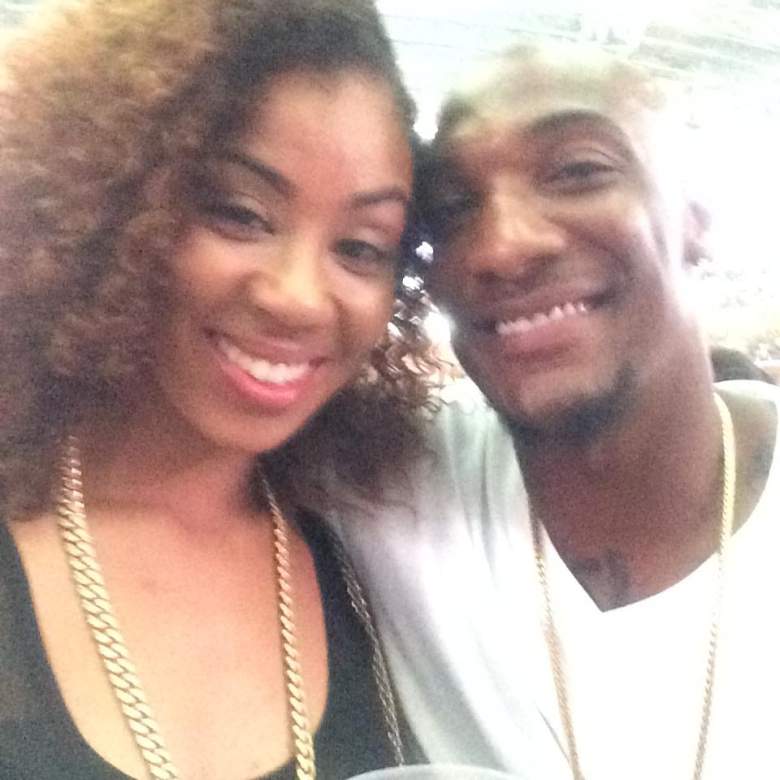 Talib and his girlfriend have reportedly been together since 2011. (Facebook)

Talib and Gypsy Benitez have been together for years and are, finally, set to walk down the aisle this March. According to their wedding registry, the couple will become Mr. and Mrs. on March 26 in a ceremony held in Allen, Texas.

If you’re interested in sending a gift the Talib’s way, they’re registered at a handful of stores. Hey, the All-Clad Cooper Core 10-piece cookware set at Crate&Barrel is on sale.

Talib and Benitez are raising two children together. His daughter Kiara, was born in 2007, when he was dating Courtney Jacobs, a University of Kansas sprinter. Beneitz also has a sob, Jabril, from a previous relationship. 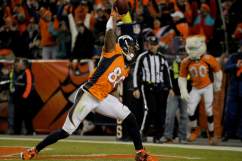 4. He Has Had Legal Run-Ins Throughout His Career 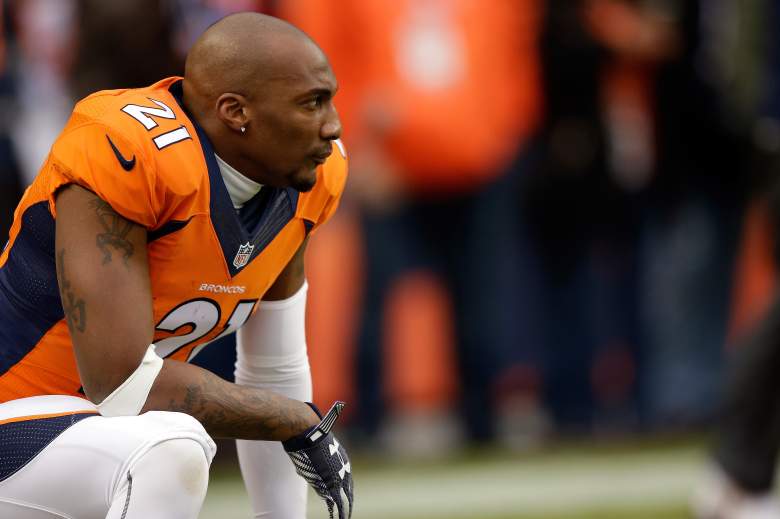 It has not been an easy road for Talib, who’s battled run-ins with the law throughout his career. (Getty)

Talib’s most prominent run-ins with the law came during his professional career, first in July 2008, when he was involved in a fistfight with fellow Buccaneers rookie Cory Boyd. Then, in August 2009, Talib allegedly hit a taxi driver and was arrested by Florida Highway patrol. Finally, in March 2011, Garland, Texas police issued a warrant for Talib for aggravated assault with a deadly weapon after accusing him of firing a gun at his sister’s boyfriend. The charges were eventually dropped in June 2012.

However, after joining the Broncos in 2014, Talib has refocused and is determined to, officially, put the past behind him. He’s determined to be the best, on and off the field, telling ESPN:

I feel like I have grown a lot. When you’re young, you start off wanting to go to the NFL. Then you want to be a first-round pick. After that, you want to be a starter, and then a Pro Bowler and then a guy who plays in playoff games. I’m at the stage now where I want to be recognized among the best at my position.

Talib credits his long-time girlfriend, and soon-to-be-wife, Gypsy Benitez for helping him with the turn-around. In fact, Benitez is the first person to credit how far he’s come. “He’s always loved football, but he’s so dedicated to it now,” she told ESPN. “He really wants people to know he’s a good guy.”

Things took a bit of a downward turn in April 2015, however, when Talib and his brother were reportedly under investigation for their involvement in an  aggravated assault that occurred in a Dallas, Texas nightclub.

Well, actually, when you break down the math, Talib’s contract with Denver is worth more along the lines of $27-million over three years. Here’s how the Denver Post broke it down:

Now, here’s where the contract differs from what was publicized. Talib was reported to earn $11 million on the back-end of the deal, but with no guarantees. Those last three years are, essentially, phony money as players rarely collect. Even so, $27 million isn’t anything to laugh at.