Juventus and Bayern have met in four of the last ten Champions League tournaments, and they renew their rivalry again today in Italy. The Germans have won three straight meetings between the sides, but could have problems today with injuries to their back line.

Javi Martinez, Jerome Boateng and Holger Badstuber are all out of today’s contest. Pep Guardiola’s men still haven’t lost in the Bundesliga since December, and still have the likes of Lewandowski, Muller, and former Juve star Arturo Vidal attacking. Vidal admitted he still follows his former teams’ performances, and told reporters this week that the Italians “have some really dangerous players.”

Juventus had their run of 15 straight Serie A victories broken over the weekend, but a 0-0 draw to Bologna still extended their impressive unbeaten run. They lead Napoli by one point in Serie A, but it’s their impressive home form that could carry into today’s match. Juventus has played 12 matches in Serie A this season, losing just once and allowing only six goals. The last and only time Juventus was beaten at home by a foreign club was in 2013, when Bayern Munich won en route to a Champions League title.

Kickoff is set for 2:45 p.m. Eastern and US users can watch the match on Fox Sports 2.

Stay here for updates and video highlights from throughout the match:

Bayern come away without a win, but with two important away goals heading back to the Allianz. Juventus were dominated in the first half, but could’ve made the difference with a few early chances. Juventus had all the momentum late, and Massimiliano Allegri is surely hoping that momentum can transition to the return leg in three weeks.

Bayern’s back line is beginning to crumble, as Juventus is putting on the heat with less than ten minutes to play. The latest chance comes from Pogba, who narrowly heads a cross over the bar.

WE ARE TIED!! Sturaro scores after a cross from Morata, and Juventus have completed the comeback. Morata and Sturaro were both subsititued on in the second half.

Juventus answers back! Dybala breaks free for a one-on-one with Neuer and slots it home near post.

Hmm that's not what we want… @juventusfcen pull one back through Dybala. #JuveFCB 1-2

Robben breaks loose on the counter, and fires the second goal past Buffon. Juventus had gone over 14 hours without conceding a goal at home before today’s match, but they’re being thoroughly beaten by the German champions.

Booooooooooooom!! #FCBayern catch Juve on the counter and #Robben does what he does best – curling it in at the far post! #JuveFCB (53') 0-2

55' GOAL. #JuveFCB 0-2. Robben cuts menacingly through the penalty area and bends a left-footed shot into the top corner. #UCL

Second half underway, with Juventus making one change. Claudio Marchisio is out for the second half, and has been replaced by Hernanes.

Marchisio for Hernanes ? This is either going to work…..or blow up in our faces

Bayern notch the only score just before the half, but they’ve been the better side for most of the 45 minutes. Bayern have been playing well with their makeshift defensive line, but it really hasn’t mattered much as the ball has lived in Juve’s half.

Bayern Munich have been camped in Juventus' half so far.

No, honestly. Tents and everything. pic.twitter.com/ssd2HT0WtT

Muller finally breaks the scoring for Bayern, after a half loaded with attacking chances. Two long crosses stretch the defense and the ball bounces to a wide open Muller, who calmly finishes for the opening score.

Bayern applying plenty of pressure, but Buffon has done his job so far.

Haven't seen Juve getting bossed like this in a few years… the last time they played Bayern, actually.

Story of the half so far: #FCBayern camped in the Juve half, but #Mandzukic has come close twice. #JuveFCB (15') pic.twitter.com/tq1vjb1vxZ

Chance for Bayern! Thomas Muller looks on his way to score, but improbably loses control and can’t find the net. Big missed opportunity for Bayern.

Huge chance for @esmuellert_, who couldn't keep his balance to guide the ball across the line from close range. Head up, Thomas! #JuveFCB

NOOO!! How did we not score there! Sublime move but Thomas #Müller couldn't find the finish! #JuveFCB

13' UNBELIEVABLE! Muller looks odds-on to roll the ball into the net but loses his footing. To the rescue? @bonucci_leo19! #JuveFCB #UCL

So far Allegri with real passive stuff and not allowing Marchisio or Khedira to step up. All Vidal so far with Alaba joining in the center.

Woah! Barely a minute after kick-off and Mandzukic has the first chance for Juve. Good thing @Manuel_Neuer is on his toes! #JuveFCB (1')

OFF WE GO! Atkinson blows his whistle and we're underway at #JStadium. #FinoAllaFineForzaJuventus #JuveFCB #UCL 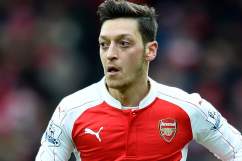 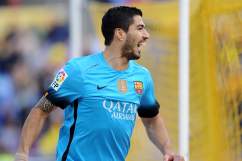