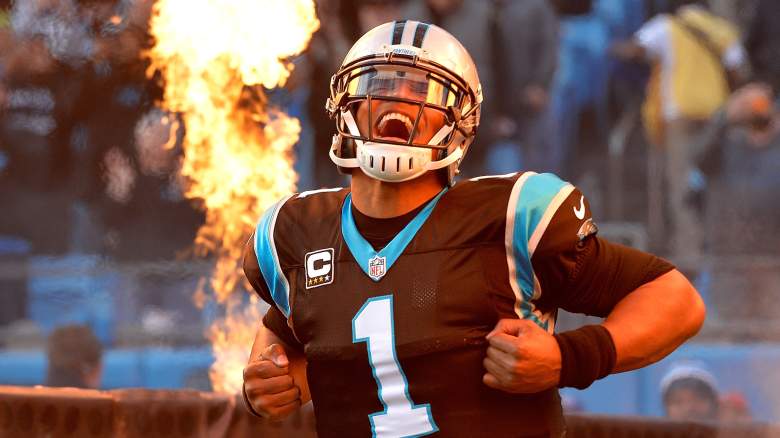 From junior college quarterback to No. 1 pick to NFL MVP, Cam Newton‘s journey is one of the most unique in the league.

Yet, while most with this kind of story of perseverance and success would be applauded, Cam’s boisterous personality and on-field celebrations have made him one of the more polarizing individuals across the NFL.

Here’s a look at everything you need to know about the endlessly entertaining Carolina Panthers quarterback:

1. He Won 2 National Championships in College

The No. 3 dual-threat quarterback in the 2007 recruiting class, Newton, who is originally from Atlanta, Georgia, made his way to the University of Florida. Playing backup to Tim Tebow, he attempted just 10 passes as a freshman and took a medical redshirt season as a sophomore before deciding to transfer.

That led to a scholarship from Auburn.

“I think I went through so many stages mentally,” Newton said. “I went through a miserable time as far as me being humbled. I went through a period where I was devastated and depressed. I didn’t know where my career was going and if I wanted to play football anymore. I think that was really my resurrection.”

2. He Already Owns a Handful of NFL Records

Only in his fifth season in the NFL, Newton has already written his name all over the league’s record books.

He’s tied with Steve Young for the most career rushing touchdowns by a quarterback (43) and most games with both a passing and rushing touchdown (31). He’s the only player to ever record 30 passing touchdowns and 10 rushing touchdowns in the same season, which he did in 2015. He has more combined yards (21,560) than anyone in history through five seasons, surpassing Peyton Manning.

The 26-year-old has also racked up eight NFC Offensive Player of the Week awards, three Pro-Bowl selections, one All-Pro nod and an MVP award. And with 2015 being his best individual season to date, it’s fare to say the arrow is still pointing up for the electrifying dual-threat playmaker. 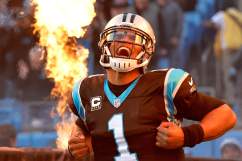 3. He Comes From a Football Family

Newton’s father, Cecil Sr., was an all-conference safety and linebacker at Savannah State. He participated in training camp with the Dallas Cowboys and Buffalo Bills but ultimately didn’t make either team.

A bishop in Georgia, Cecil Sr. is more known for his involvement in a recruiting scandal in 2010, when he was alleged to have sought money from Mississippi State in exchange for Cam’s transfer when he was at Blinn College. It was ultimately found that Cam and Auburn had done no wrongdoing, but as Cam explains, his father “took to brunt of the blow for me to play”:

Although his skill set obviously raises comparisons to his older brother, he’s simply trying to escape the massive shadow cast by Cam.

“I think from his perspective, he wants to earn a title, not be given it because he’s Cam’s brother,” says the boys’ mother, Jackie. “It puts a lot of pressure on him to excel, and when he doesn’t, people look at him (and say), ‘Well, you need to be like Cam,’ or, ‘I thought you were going to be like Cam,’ or, ‘You ain’t nothing.’” 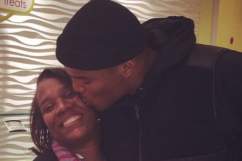 4. He Has a Young Son With His Girlfriend

Always unique with everything he does, Newton named the boy Chosen Sebastian.

“It’s something that I think he grows up and appreciates rather than … have a couple of names in his class of the same name as him when they’re doing morning roll call and they say his name,” said Cam.

Newton has already made tributes to his young son with a special TD celebration, as well as with custom cleats and a shirt. 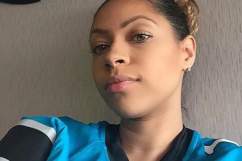 Who Is Cam Newton’s Girlfriend?

5. He Constantly Gives Back to the Community

Shout out to "Metro School" in the heart of uptown Charlotte… winners of the CNF school PR1DE video contest, the kids and staff were amazing! Keep up the good work! -1OVE

Everyone sees the dozens of touchdown balls Newton gives to little kids in the stands, but his effort to help those in his community goes far beyond that.

The Cam Newton Foundation, which “is committed to enhancing the lives of youth by addressing their educational, physical and social needs,” put on a celebrity kickball tournament last June that raised $280,000. The foundation’s “Every 1 Learns” initiative awards scholarships to high-school students. He’s the executive producer of an upcoming Nickelodeon show that “will showcase kids in pursuit of a singular goal.” He visits sick kids.

And all of that is just the tip of the iceberg of what he does. While much of the national attention focuses on his dabbing and “cocky demeanor,” those closer to him, such as Stephanie Rivera, the wife of head coach Ron Rivera, see a much different person:

You don’t know this guy. He’s a wonderful young man. Yeah, he’s a football player and he’s celebrated. But you’re going to draw all these conclusions of him as a person? You don’t know that he has a foundation that does so many wonderful things for children. You don’t see the good he does for people in our community. You don’t know Cam at all. Of course Ron’s going to come to his defense, as well as everybody else did on our team. 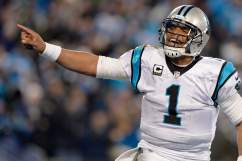