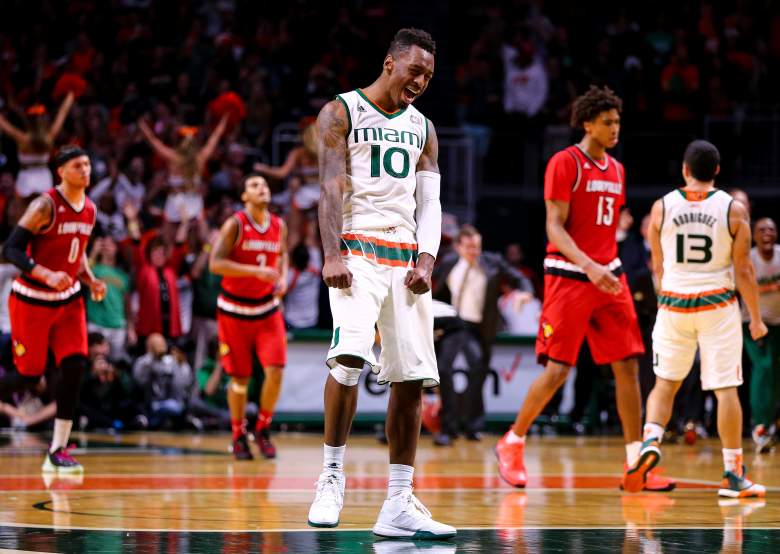 Miami faces off an upset-ready Buffalo team in the first round of the NCAA Tournament. (Getty)

The Bulls are making their second straight trip to the dance after a somewhat unexpected victory in the MAC championship game, becoming the first team in the league to notch back-to-back titles since Kent State did it in 2001 to 2002.

Of course, pleasantly surprised doesn’t win games and Buffalo is pretty intent on winning games. No matter what the odds say about Thursday’s first round matchup against the Hurricanes.

Read on for all the details on the matchup including info on how to live stream the game if you’re not near a TV.

Game Preview: For all intents and purposes, Buffalo probably should not be in this game.

The Bulls finished the regular season 17-4 and posted a 10-8 record in conference play. Then the MAC Tournament happened and Buffalo won and kept winning, defeating the No. 1 and 2 seed along the way.

Nate Oates, in his first year as the team’s head coach after two seasons as an assistant, boasts a team that include three double-digit scorers in its starting five. Oates faced a bit of a trial by fire to start the season, squaring off against St. Joe’s, Duke, Iowa State and VCU and hosted St. Bonaventure all within the first 13 games of the year.

It’s paid off. The Bulls aren’t ones to back down from a challenge and that’s good news because Miami is certainly a challenge.

Ja’Quan Newton is the spark that makes the Hurricanes go, averaging 10.9 points and 2.9 rebounds per game. For good measure he also ranks second on the team with 68 assists this year. If Newton gets going, it’s going to be difficult for Buffalo to shut him down.