If it’s March, it generally means the Michigan State Spartans are playing their best basketball of the season.

2016 has been no different as the Spartans are once the Big Ten Conference Champions, knocking off Purdue.

MSU is now a 5-time conference champion, winning also in 2014, 2012, 2000 and 1999. And now as Tom Izzo’s and Co. prep for March Madness 2016, you can get the newest Michigan State championship gear from online sports apparel retailers Fanatics and FansEdge. Pick up the latest Big Ten title T-Shirt or a hat and get ready as MSU looks for their first NCAA Tournament championship since 2000.

Here are some of the newest Michigan State basketball items available right now:

Get the same shirt the Spartans were sporting after their most recent Big Ten Conference title with the Michigan State Champions Locker Room T-Shirt by Blue 84. Made of 90 cotton and 10 percent polyester, the green short sleeve shirt features a crew neck and screen print graphics and is certain to let everyone who you will be pulling for in the 2016 NCAA Tournament. 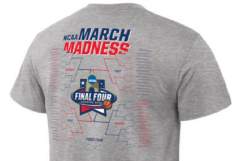 Celebrate Michigan State’s third Big Ten Conference Championship since 2012 with this green long sleeve T-shirt, which is made of 100 percent cotton. Featuring screen print graphics and a crew neck, this champions T will have you ready for March Madness. 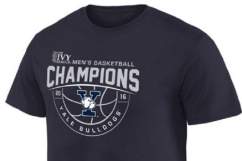