That was a long time in the making.

For the first time since 1962, the Yale Bulldogs are headed back to the NCAA Men’s Basketball Tournament after winning the 2016 Ivy League regular season championship.

The Bulldogs finished 13-1 in league play, holding off Princeton for their first NCAA appearance in over 50 years. And now you can celebrate Yale’s historic season with the newest gear from online sports apparel retailers Fanatics and FansEdge. Pick up a brand new Yale Ivy League Champions T-Shirt, hat or hoodie as you get ready to cheer your Bulldogs on during March Madness.

All of the items on both sites are officially licensed by the NCAA.

Here are some of the latest Yale basketball items available right now:

Be ready for Yale’s first NCAA Tournament appearance since 1962 with the latest gear and apparel, including basketball T-shirts, hoodies and hats for men, women and children. The Bulldogs clinched the Ivy League’s Big Dance berth by winning the conference’s regular season title by finishing 13-1 in league play and 22-6 overall. 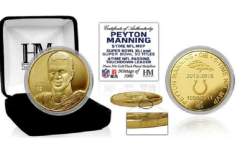 It’s been 53 seasons since Yale has made it to the NCAA Tournament, the longest such drought among Division I schools with a previous Big Dance appearance. So 2016 is definitely reason to celebrate. This navy, short sleeve T-shirt is made of 100 percent cotton and commemorates Yale’s Ivy League Championship with screen print graphics. The T comes in sizes small through 5XL.

Gear up for March Madness 2016 with this brand new Yale Bulldogs 2016 Ivy League Basketball Champions Long Sleeve T-Shirt. The navy shirt, which is made of 100 percent cotton, features screen print graphics and a crew neck. Let everyone know what team you’ll be pulling for this NCAA Tournament. 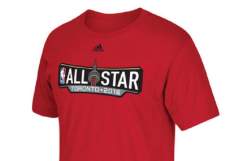 Spring might be on its way, but there’s still a chill in the air. So stay warm while cheering on your Yale Bulldogs this March Madness with this women’s custom pullover hoodie by Heritage. Made of 80 percent cotton and 20 percent polyester, the navy sweatshirt features frayed lettering for a vintage look, a front pouch pocket, a hood with drawstrings and a tapered silhouette for a feminine fit. 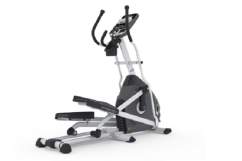 A perfect accessory to your March Madness outfit, the Yale Solid Crew Adjustable Hat is made of 100 percent cotton and features an unstructured, relaxed fit. The Yale logo is in raised embroidery so it pops off the hat, which has a strap in the back so it’s one size fits most.

Get into the NCAA Tournament spirit with the 2016 March Madness Bracket T-Shirt. The Yale Bulldogs will be making their fourth-ever appearance in the tourney, including the first visit since 1962. Made of 100 percent cotton, the back of the shirt features the tournament bracket in screen print graphics.

Read More
Basketball, Clothing, College Basketball, Commerce, NCAA Tournament, Shopping, Yale
wpDiscuz
0
0
Would love your thoughts, please comment.x
()
x
| Reply
Yale is off to the Big Dance for the first time since 1962. Click here to get the newest Bulldogs' 2016 Ivy League Champions gear and apparel, including shirts and hoodies.