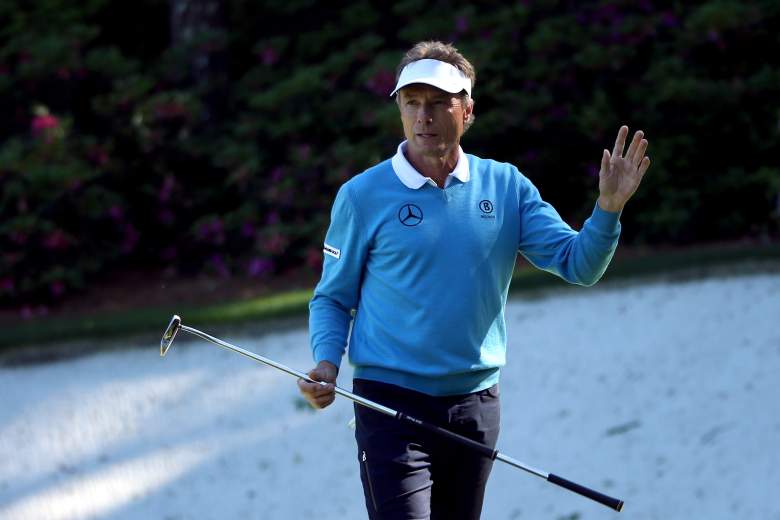 Bernhard Langer climbed up the leaderboard in the 2016 Masters tournament. Langer is 58 years old and would be the oldest to win a major if he is able to pull off the unthinkable at Augusta. He will turn 59 in August.

FYI, this is what Bernhard Langer looked like when he was Jordan Spieth’s age. pic.twitter.com/KghlchB5sY

Hottest player on the course, and at the tender age of 58. #TheMasters #BernhardLanger #MovingDay pic.twitter.com/gN8kQDfAzm

The oldest golfer to win a major was Julius Boros who won the 1968 PGA Championship at 48 years old.

In addition to his PGA wins, he has 59 international victories.

He is married to Vikki Carol and the couple have four children.

Langer demonstrated at Augusta that he still has the ability to play golf. He finished the third round of the 2016 Masters at -2 and four strokes back from the lead heading into the final day.

The man behind Jack?

Golf: a sport where a 58 year old Bernhard Langer can compete with a 22 year old Jordan Spieth #WhyILoveThisGame

Read More
Golf, Masters 2016
Find out all the details about the man moving up the Masters leaderboard.