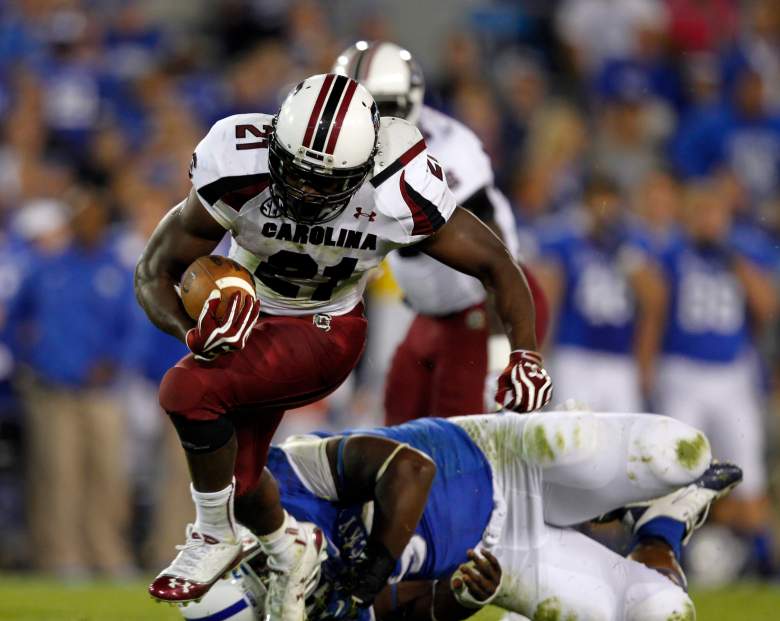 Columbia, South Carolina’s The State newspaper reported on Friday that the NCAA would not permit Marcus Lattimore, one of South Carolina’s most popular and accomplished football players, to take a non-coaching position working with the football program. The NCAA ruled that Lattimore could work with the university in a non-football capacity or join the program as a coach, but considered any non-coaching involvement with football an “unfair recruiting advantage.”

While the ruling was controversial on Reddit, Andy Hutchins of SB Nation defended the NCAA’s decision, noting details about Lattimore’s professional life that were not in the original State report:

The unstated but obvious allure of having Lattimore around is that he’s as compelling a figure to recruits as there is, especially in his native South Carolina. His story of glory and adversity, detailed for SB Nation by Jason Buckland in July 2015, is a riveting, stirring one, and having Lattimore officially affiliated with South Carolina would have been a coup for Muschamp and the Gamecocks.

But he’s also someone who runs football camps and outreach programs for young athletes in the Palmetto State, and having him on staff at South Carolina while also being active in the community would station Lattimore with one foot in college football and another in prep football. And while the Marcus Lattimore Foundation is mostly interested in preventing and helping athletes cope with injuries, it does seem to provide financial support to potential recruits, so it’s not hard to see how that alone could credibly create the “unfair recruiting advantage” the NCAA is against even if Lattimore were not putting on camps.

The Marcus Lattimore Foundation, which Hutchins linked to, says it “will continue seek financial resources through grants and outside funding to expand opportunities for The Marcus Lattimore Foundation/DREAMS to enhance the safety and prevention of youth sports injuries.” The clear financial relationship between potential recruits and Lattimore’s foundation, according to Hutchins, was worrisome to the NCAA coming from an official South Carolina ambassador. The NCAA was also wary of allowing an official program affiliate to run events like Lattimore’s 7-on-7 camps, a type of training and recruiting event the NCAA has struggled to scrutinize.

Hutchins’ SB Nation colleague Bud Elliot, who covers recruiting for SB Nation, backed him up on the issue:

Take the very popular name out of it. You cannot have a [former player] running 7-on or camps on the payroll.

Despite a career plagued by catastrophic injuries, Lattimore broke several records for the Gamecocks and had returned to the university to complete his degree, with The State reporting an anticipated graduation date of May. David Cloninger of The State said that Lattimore could still speak to the team and “be on the program’s periphery,” but did not clarify what the latter meant. 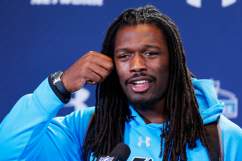 Read More
College Football, Football, NCAA, Sports
Former South Carolina great Marcus Lattimore accepted a job at his alma mater but was nor cleared by the NCAA over concerns with his involvement in 7-on-7-camps and providing financial assistance to recruits.