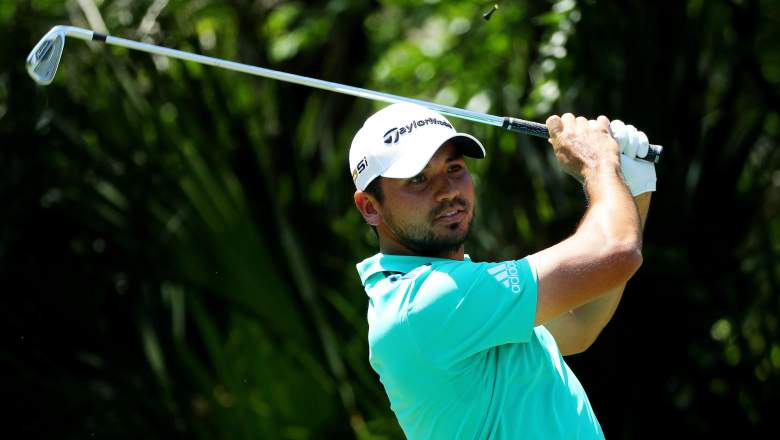 Jason Day is the world’s No. 1-ranked golfer. (Getty)

To say Jason Day had a rough upbringing would be a gross understatement.

Growing up in poverty in Beaudesert, Queensland, Australia, Day revealed in an interview with GOLF magazine his father, Alvin Day, was a “violent alcoholic.”

Despite the unfavorable childhood, Jason Day persevered and chased his goal of becoming a professional golfer. And today, he’s the top-ranked player in the world.

Here’s what you need to know about Alvin Day:

1. Alvin Day Was Australian & Worked in a Meat Plant

Alvin Day is a native Australian who married his wife Dening, who is from the Philippines.

When Jason was young, the family lived in poverty in Beaudesert, Queensland, Australia. The couple had three children, with Jason being the youngest.

Alvin worked on at meat plant on the kill floor.

The family moved to Rockhampton when Jason was 6 in order to further is golf career, which began at 3 when Alvin found an old 3-wood and brought it to his son.

2. Alvin Introduced Jason to Golf at a Young Age

Day began playing golf at age 3. Alvin would often rummage through the dumps looking for useful items, since the family couldn’t afford to spend much.

Jason was a natural right away.

Alvin found a job at another meat plant in Rockhampton and the family relocated there.

The Days spent the $100 to get Jason a year-long membership at the Capricorn Country Club.

Day went on to become one of the top amateurs in Australia. And, well, the rest is history.

3. Alvin Died From Cancer When Jason was 12

Alvin requested his ashes be spread at Augusta National, the site of the Masters.

Jason planned to honor his father’s wishes, but he told Golf Magazine the club “wouldn’t approve” unless Day was ranked No. 1 in the world.

Jason told Grantland in a 2014 interview:

My dad was the strict one in the family. My mom was always the one that, after we got the belt, she would hug us and tell us it was OK. My dad … even if we said something wrongly — I remember saying ‘shut up’ one time, and he belted the crap out of me. But that’s just how it was. I mean, he kept me in line. And as soon as he passed away, you know, we all got out of line.

Jason Day said shortly after his father’s death, he fell in with the wrong crowd and began drinking and fighting.

Jason revealed to GOLF magazine in late 2015 his father was a “violent alcoholic.”

My dad, was a violent alcoholic. Really aggressive. If we cussed or even said ‘shut up,’ we would get the belt. I remember I swore at my sister one time, and she ended up telling on me to my dad. I think I was 9 years old. And he made me sit in the mud under a mango tree while it was storming for three hours. It was dark. There were so many mosquitoes out there, so when I came in I had bites everywhere. My mom tried to get me in, but my dad wouldn’t allow it.

I remember once shooting a [poor] score, ‘You’re going to get it in the parking lot.’ So I get in the car. I’m scared. We drive out of the club, he stops on the side of the road. He just starts whaling on me with both hands, closed-fist punching. I was 11. I had bruises all over me. But I mean, it is what it is.

5. Jason Says He Wouldn’t be on the PGA Tour if His Father was Alive

In a mini-documentary made about Jason in the Fall of 2015, Day said he wouldn’t be on the PGA Tour if his father were alive.

He says in the film:

If my dad was alive, there’s no chance I would have been on the PGA Tour. Absolutely none. It was just an opportunity from an unfortunate thing that happened to me, but it changed my life for the better.

Jason Day is a 9-time PGA Tour winner, including a PGA Championship victory in 2015, and is the top-ranked player in the world.