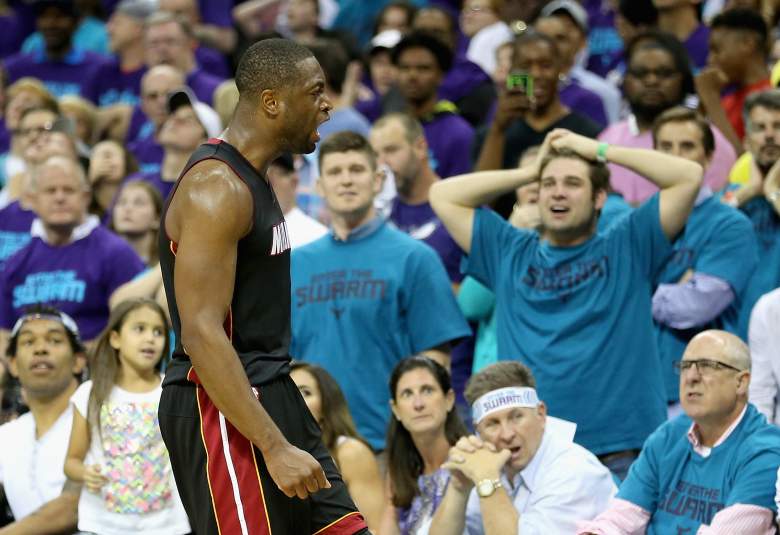 Dwyane Wade and the Miami Heat look to book a berth to the second round of the NBA playoffs on Sunday afternoon. (Getty)

Dwyane Wade all but willed his team to victory on Friday night, racking up 23 points and making his first 3-pointers since 2015 to lift the Miami Heat to a victory over the Charlotte Hornets and force a Game 7.

Wade, of course, has experience in these kind of games. The veteran star has competed in six of Miami’s eight all-time Game 7’s. Now, he’s focused on making sure there’s even more postseason after Sunday afternoon.

Tip is scheduled for 1 p.m. ET and will be broadcast nationally on ABC. Here’s a rundown of the live stream options:

Watch Heat vs. Hornets Game 7 on Mobile or Other Devices

You can watch the game on mobile or tablet device via the WatchESPN app, which you can download for free in the App Store, the Google Play store, the Amazon App store or the Windows Store.

Read More
Basketball, NBA
Dwyane Wade turned back the clock on Friday night to will the Miami Heat to victory and force a Game 7 against Charlotte. But can Wade wrap up the series?