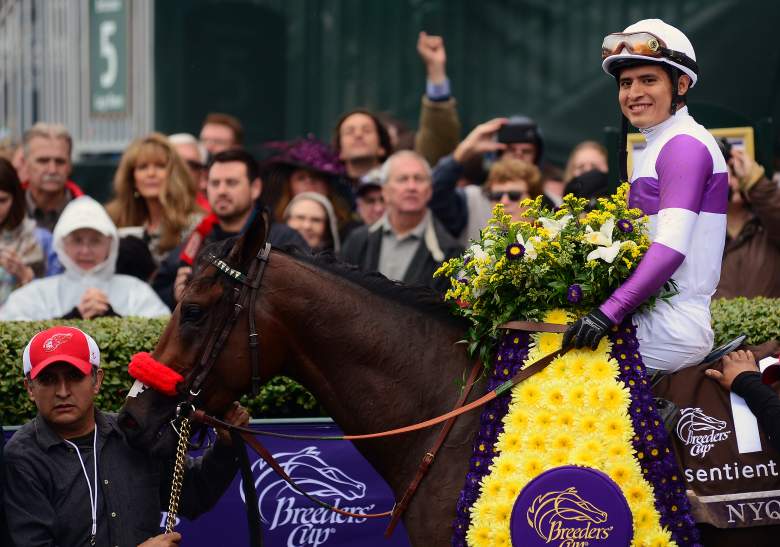 Nyquist’s jockey, Mario Gutierrez, is no stranger to success in horse racing. It just might have taken longer than he would have hoped to regain consistency.

Gutierrez grew up learning to race horses in Mexico, and learned how to race from his father. He came to the United State in 2006 with just a small bag of things. Now, he is riding one of the hottest horses in American horse racing.

After looking at the Triple Crown from a distance in 2012, Gutierrez has found success again. Riding Nyquist, he entered the 2016 Kentucky Derby as the favorite to win the race.

Here’s what you need to know about the jockey:

Gutierrez is no stranger to success at Churchill Downs. He won the 2012 Kentucky Derby on I’ll Have Another. He spoke with CNN after the race.

“They didn’t believe (I’ll Have Another) could have made it this far. But even if they wanted me to pick (any horse in the field), I would have stayed with him,” Gutierrez told CNN.

Gutierrez was part of the same team he finds himself on in 2016. Doug O’Neill was the trainer and Paul Reddam owned the horse. The team is hoping to find similar success again. 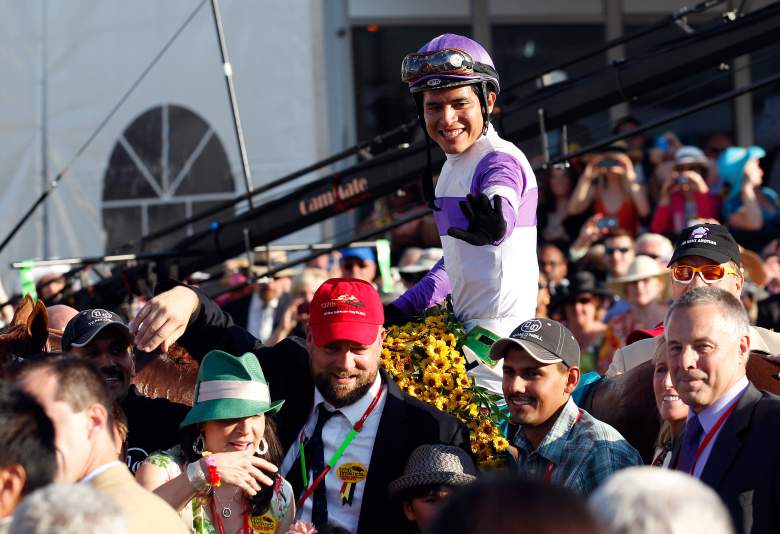 Mario Gutierrez had success riding I’ll Have Another. (Getty)

After winning the Kentucky Derby, Gutierrez found the Winner’s Circle again with I’ll Have Another at the Preakness Stakes. Gutierrez was just one race shy of completing the Triple Crown.

According to Sports Illustrated, a day before the Belmont the team scratched I’ll Have Another. The horse had sustained a tendon injury that prevented him from running the race. Gutierrez would not be able to attempt to complete the Triple Crown.

“When the other horses were in the gate, I wanted to grab him, and run on to the track. I knew he wanted to race, and he would have won,” Gutierrez recalled to the Toronto Sun.

3. After Finding Himself in a Slump, He Began Seeing a Sports Psychologist 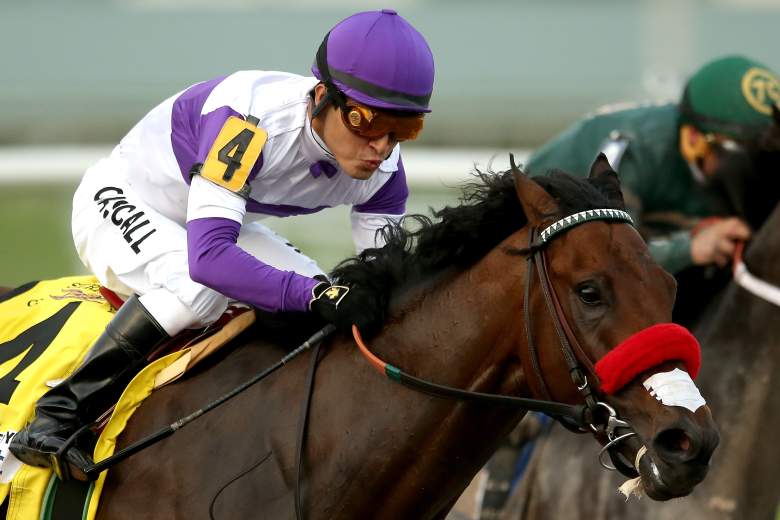 Mario Gutierrez made changes to his whole life to help his career. (Getty)

Gutierrez has experienced the highs and lows of the sport. After reaching the pinnacle of success in 2012, his career began a downward turn. According to the Toronto Sun, he experienced self doubt and was puzzled on how to rebound.

He decided to try seeing a sports psychologist. After his first session, he booked ten more. He changed his diet and began intensifying his physical training. The changes came just in time as he was introduced to his current horse, Nyquist. 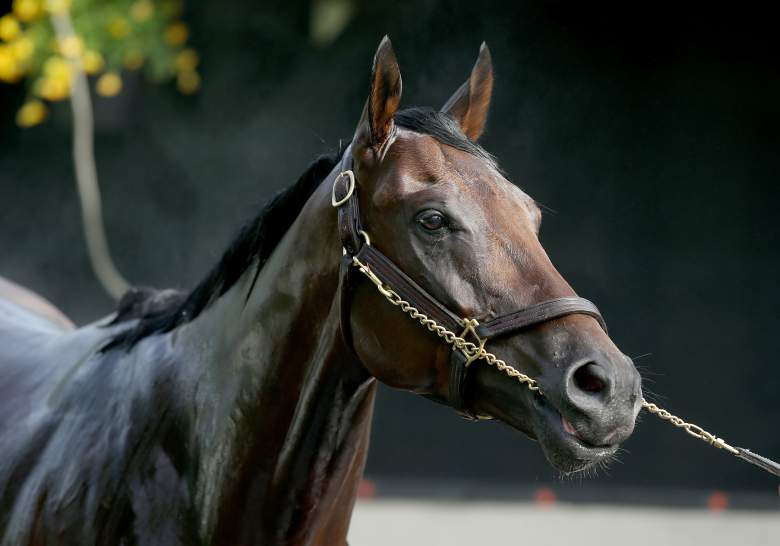 The O’Neill-Reddam team that did so well with I’ll Have Another in 2012 are looking to experience their glory days again. This time with a new horse, Nyquist. Gutierrez explained to the Toronto Sun the uniqueness he saw in Nyquist.

“I could tell the first day I worked Nyquist that he was special. It’s almost like I had been driving cheap cars and, all of a sudden, I’m in a Lamborghini,” he told the Toronto Sun. 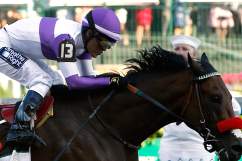 5. He Married the Woman Who First Picked Him up at the Airport After Arriving From Mexico 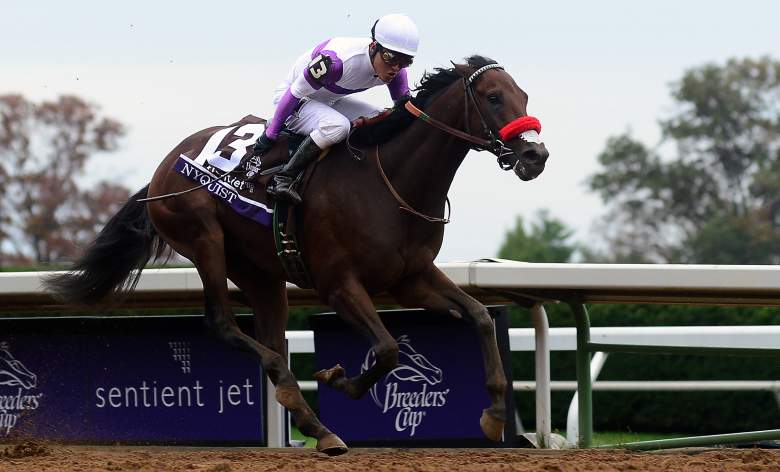 Mario Gutierrez is hoping to have a Triple Crown run riding Nyquist. (Getty)

Right before his career experienced a resurgence, Gutierrez was reunited with an old friend. According to the Toronto Sun, Rebecca was the person who picked him up from the airport in 2006 when he moved from Mexico. The two reconnected in Vancouver and got married.

Gutierrez has credited Rebecca for his success on the track. “I give a lot of credit to my wife for my success the past two years . . . because of her I’ve invested more in myself now,” he told The Globe and Mail. 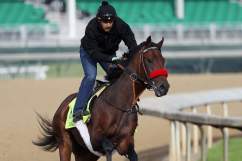 Read more about Mario Gutierrez in Spanish at AhoraMismo.com: 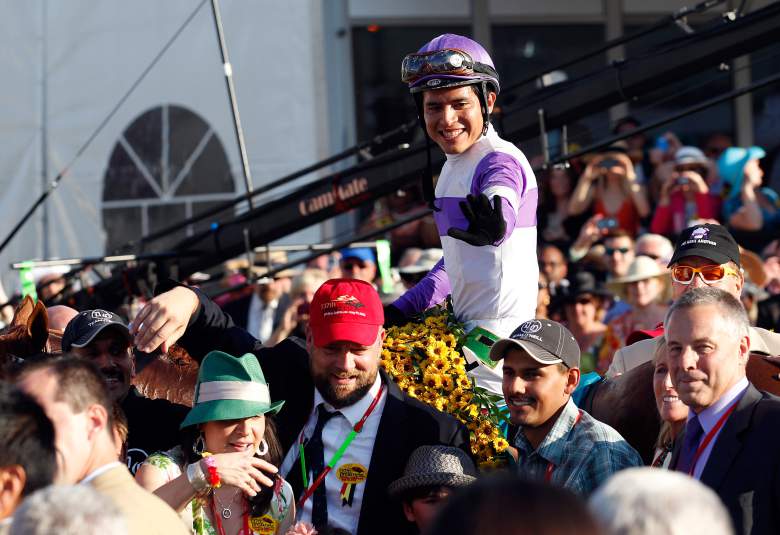