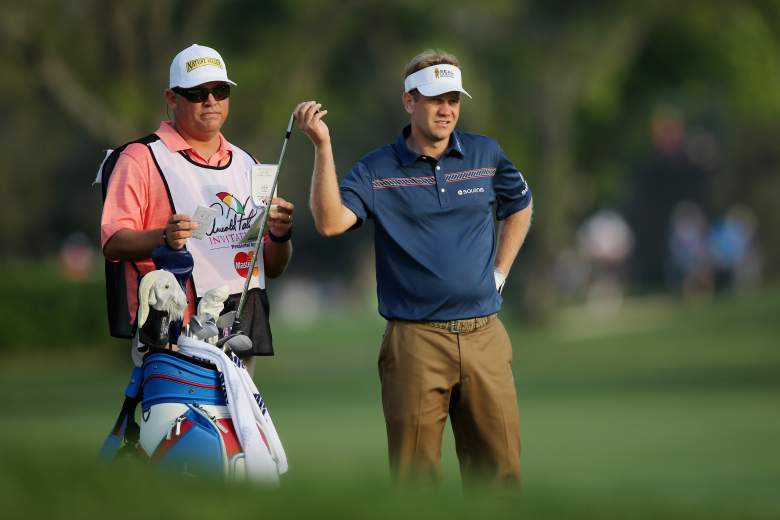 Through three rounds at the Quicken Loans Invitational Billy Hurley III holds a two-stroke lead on Ernie Els, placing him within striking distance of his first-ever win on the PGA TOUR. That would be quite the accomplishment for Hurley, who’s been a professional golfer since 2006 and has been part of the PGA TOUR for four of the last five years after earning his first tour card ahead of the 2012 season.

Alongside Hurley throughout the process of establishing himself on the PGA TOUR has been his wife Heather, with the couple combining for various charitable efforts over the years. Here are five fast facts you need to know about the couple, who may be celebrating Billy’s first win on the PGA Tour Sunday night. 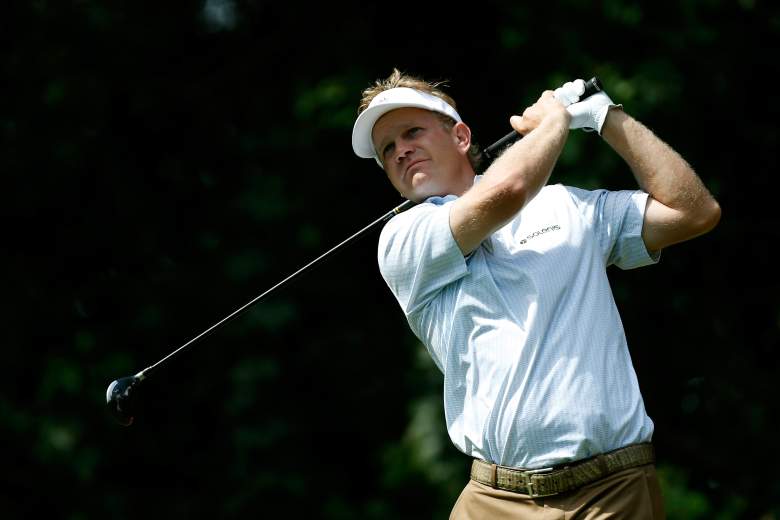 All who attend a service academy are required to serve at least five years upon graduation, which Billy did after completing a standout college career both in the classroom and on the links. As a collegian Hurley won seven tournaments and was named Patriot League Player of the Year as a senior. During his time in the Navy Hurley was stationed in Mayport, Florida aboard the USS Gettysburg, and was deployed twice on the USS Chung-Hoon.

Hurley ultimately reached the rank of lieutenant before leaving the Navy, and in between the two assignments mentioned above he spent two years teaching economics at the Naval Academy.

Before Billy was able to make the transition to professional golf, he and Heather were a military family raising their young son. When Hurley wasn’t on missions, going to the Persian Gulf and China/South Korea during his time in the service, Hurley was stationed at Pearl Harbor in Hawaii. The couple’s first son, Willard Jeremiah Hurley IV, was born in 2007 during this period with Billy’s five-year service requirements coming to an end in June 2009.

But even with the long work days in the Navy and his petition to go from active to reserve duty in 2007 being denied, Billy never gave up on his dream of one day becoming a pro golfer. And in 2011, Billy became the first Midshipman to earn his PGA Tour card.

“Right now, it doesn’t look like I should be a professional golfer,” Hurley told Golfweek back in 2008. “But I think everything works together to get you where you’re supposed to be. . . . Maybe that’s the PGA Tour.”

Will entered the world in 2007 while Billy was serving out the remainder of his five-year service requirement in the Navy, with Jacob being adopted through Layla House in Ethiopia. And in February 2014 their first daughter, Madison, was born. After playing in the Northern Trust Open in mid-February, Hurley returned to the Tour at The Honda Classic in early March of 2014. The family hasn’t strayed far from Billy’s Naval Academy roots either, as they reside in Annapolis, Maryland.

4. The Hurleys Are Involved in Multiple Charitable Endeavors

During last year’s The Players Championship the couple joined the Birdies for The Brave organization in throwing a baby shower for 40 military wives whose spouses were on active duty for Operation Shower. Among the gifts given to the mothers-to-be was, through Hurley’s sponsorship deal with Valspar, paint to be used to decorate the nurseries for the babies.

They’ve also been active with multiple organizations that help children, including the World Gospel Outreach children’s camp in Honduras, and the Ark Children’s House orphanage in Ecuador.

During last year’s Quicken Loans Invitational Hurley made an emotional plea for help regarding the whereabouts of his father, who had left his home two weeks prior. Authorities would eventually find the elder Hurley in a library in Texas, watching his son play in a golf tournament over the internet. In mid-August of 2015 Willard Hurley Jr. took his own life, shortly after returning to Virginia. The elder Hurley spent 25 years on the police force and also worked at the Reston Bible Church in Reston, Virginia for more than three decades.

Correction: An early version of this post misstated Billy Hurley III’s rank in the Navy. He was a Lieutenant, not a First Lieutenant. 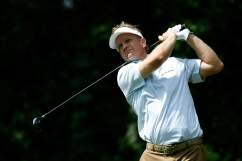