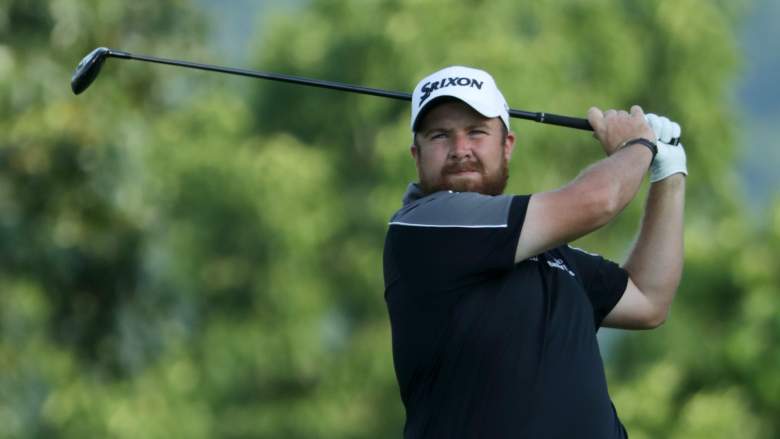 Shane Lowry has put himself into position to win the 2016 U.S. Open with a dominating third round.

Lowry, who is ranked 41st in the world, has never won a major, but has four victories (3 European Tour and 1 PGA Tour).

At 6-foot-1 and 215 pounds, the 28-year-old comes from a pretty athletic family. And it starts with his father Brendan.

Brendan is a former standout Gaelic football player in Ireland.

Here’s what you need to know about Brendan Lowry:

He played locally for the club Ferbane.

But he was a standout and was also on the Offaly senior inter-county team from 1981-1992. He made 27 appearances for Offaly.

What is Gaelic football?

Gaelic football has been described as a mix between rugby and soccer. It pits two teams of 15 players against each other on a rectangular field. You can score by kicking or punching the ball into the other team’s goal, where you get three points. You are awarded one points if you get the between the two upright posts above the goals and over the crossbar.

It is one of four sports oversaw by the Gaelic Athletic Association (GAA). 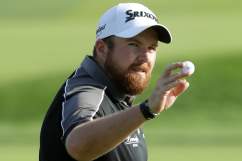 As a player, the 5-foot-11 Brendan won two Leinstar championships and one All-Ireland title.

The All-Ireland Championship is the top competition in Gaelic football. Played yearly, the series of games is put on by the GAA. Brendan’s team won in 1982 over Kerry. Offaly has not won an All-Ireland since.

The Leinstar competition is a knockout tournament played by the teams of the counties of Leinstar. 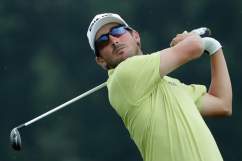 3. Shane’s Uncles Played With Brendan on the 1982 Championship Team

Brendan and Shane aren’t the only athletic Lowrys.

Shane’s uncles Sean and Michael Lowry were also on the 1982 All-Ireland championship team.

Shane appeared on an Irish TV sports show a few years back and said this:

My dad (Brendan) was obviously on the 82 team and two of my uncles (Sean and Michael). Sean still has the ball down in his house in Doon from the final and we’ve watched it (the 82 final) a good few times. Football was huge in our house. We followed the county in hurling as well. The GAA is big in Offaly and I’m still mad into it as well. 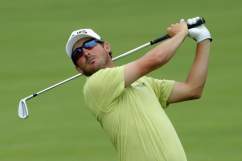 Shane Lowry says on his official website, when he began playing golf at age 12, his family was exactly enamored with it. So he taught himself how to play, spending hours on the course.

Brendan apparently has come around on the golf thing.

He served as Shane’s caddie at the 2015 Masters Par-3 Contest.

Now, 56, Brendan has been retired from professional Gaelic football since 1992.

Post offices in Europe aren’t the same as they are in the United States. Rather than dealing with mail as post offices do in America, across the Atlantic job duties include customer service, accepting bill payments, vehicle registrations and a number of other office tasks.